Starting today, the first version of our entirely custom fly-by-wire and autopilot systems, our custom LEAP 1A-26 engine FADEC performance model, and re-written PFD will be available in the development version. We’d like to remind our users that you have to calibrate your throttles via the EFB!

That version will remain under the limited support policy of the previous experimental version, as that system is in its early age.

The latest development version of A32NX now requires calibration of your throttles via the EFB. Our very own BritishAvgeek has released a helpful tutorial video dedicated to the latest calibration method! 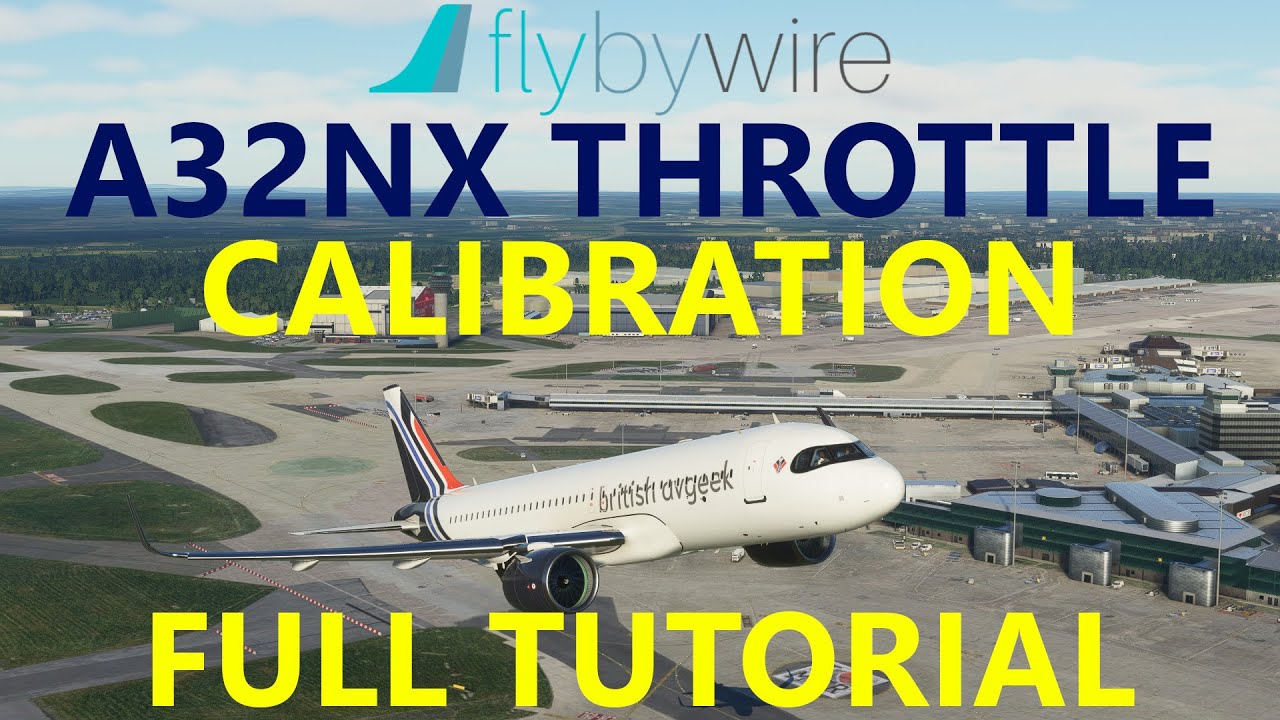 A preview of our custom flight plan manager for the upcoming experimental version. Seen in this screenshot is a far better interpretation of a SID (CYYZ06R, ANCOL4 departure) compared to the default flight plan system.

It will include support for discontinuities, remove very old bugs (going direct to the runway on approach, not being able to remove approach waypoints) and reduce stuttering during flight. Shout-out to the Working Title team for the base code.

This will also include our custom LNAV, which will eventually perform transitions and navigation in an extremely realistic way. Keep in mind that particular aspect is not yet fully realized. 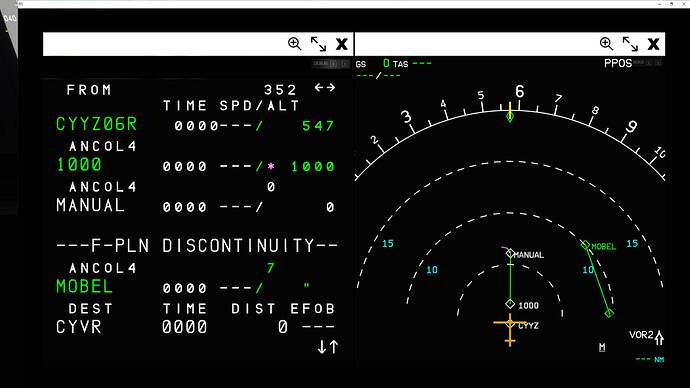 for everyone who’s interested. 320 Sim Pilot made a nice video of one of our recent features in the development version: 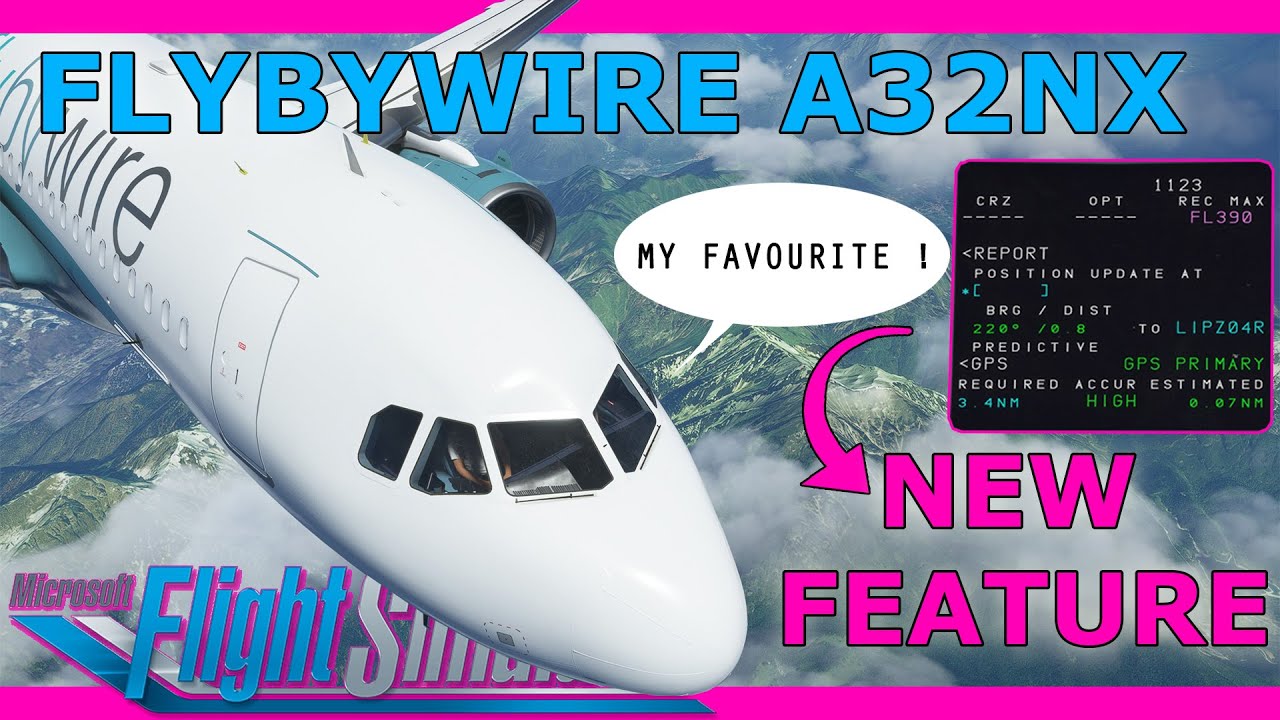 we’d like to provide you with a quick dive into the changes made towards the A32NX’s flight model as part of our development update.

The flight model has been completely revamped from the ground up. Incorrect physical aspects, like wing dihedral and sweep, horizontal tail size, and flight control surface deflections were corrected.

Alongside the new engine model, lift and drag have been adjusted and will now provide more accurate pitch angles, N1 values, climb, descent times and distances, and deceleration rates.

The process started with a flaps up drag polar (CL vs CD) to try to match that he was using as a basis for the new engine model. That meant, among other things, changing the CL vs angle-of-attack table in the flight model. Since that table also affects all the flaps as well, it was time to do a complete re-do from the ground up and to try to correct some of the known issues with the existing (at the time) flight model.

We hope everyone is enjoying these changes as the A32NX get’s ever closer to a realistic flight model.

Thanks for the great work to our magnificent developers.

for all users of addons like PACX: we have now synchronized our seatbelt switch with FSUIPC in the latest developer version. So no need to switch seatbelt signs manually anymore (through PACX itself for example).

we have restarted the FlyByWire Simulations NOTAMs (Notice to Airmen)! Our NOTAMs will be published on our website and allows us more room to provide you with updates!

We have updated the development version of the A32NX to work with Sim Update 4. Please check if you have the latest version installed.

Although: Due to changes in the way flap lift is modelled, the plane may bounce when transitioning between certain flap settings (flaps 1 to flaps 2 and flaps 3 to flaps FULL). The stable version is less affected than the development version. We’re already working on a fix.

On the bright side: with SU4 the weather radar is now showing precipitations instead of cloud coverage. Also SimConnect injected traffic (e.g. VATSIM, IVAO) is now implemented in the TCAS.

with our latest update of the development version, the bouncing during certain flap transitions should be reduced significantly. Check the FBW installer for a newer version (if you didn’t already).

We’d like to bring you a quick insider peek of an early first version work-in-progress guidance along a path. Our upcoming custom LNAV and flight plan management system will create a strong basis for an extremely accurate flight guidance system in future releases of the A32NX. 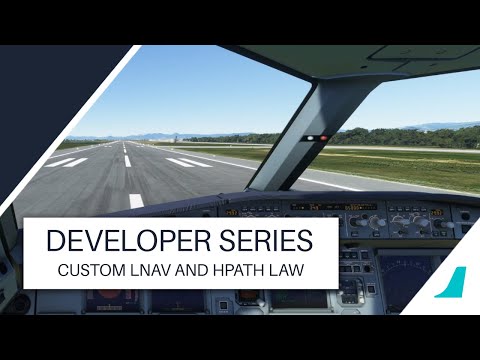 just a short notice that we ‘fixed’ the TCAS display with the latest development version. TCAS symbols should be displayed in all ND range settings now (10/20/40/80/160/320).

Our latest FBW ToolTip is a calibration tutorial for your throttles on our development version. Longer tutorials may be available but we wanted to provide a shorter version as a quick reminder. We hope this helps and happy flying! 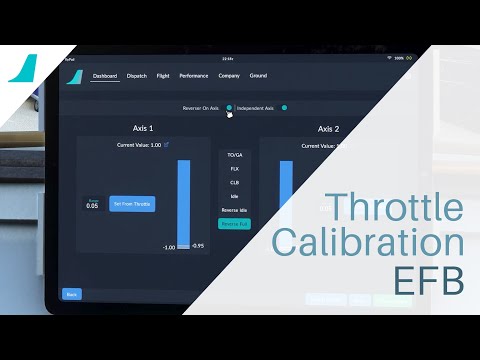 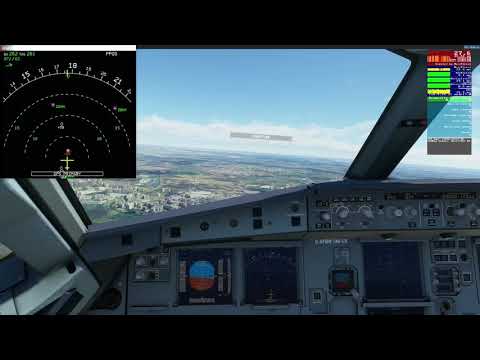 recently, we enabled native keyboard inputs when using the MCDU in our developement version.

If you have yet to try it out, we’ve released a handy guide on how to use this feature and accepted keybinds.

We are happy to announce the release of flyPadOS v2 - available now on the development version! You can read about what’s new in our latest NOTAM. We’ve also included the latest info about audio, hydraulics, and the state of our custom FMGC. 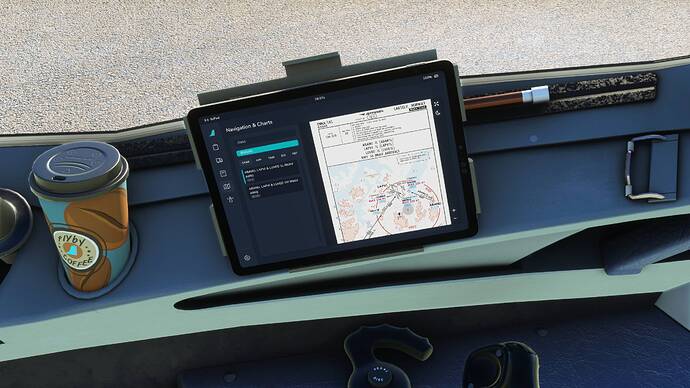 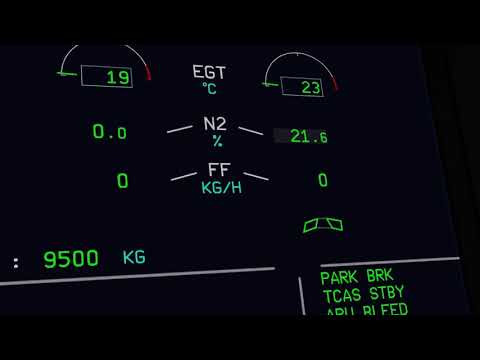 We have identified and resolved the issues surrounding Navigraph charts when using flyPadOS v2. Currently, Navigraph authentication is required after each sim restart - a fix is in the works.

Please update to the latest development version and thank you for your patience!

PS: we released a new NOTAM on our current development status:

We have introduced the initial version of the automatic mode for the pressurisation system. This brings a first simulation of the CPC and outflow valve, while managing cabin pressure and rate using engine parameters and landing field elevation.

A future implementation will add more detailed operations and manual control on the overhead.

Try it out in the development version right now! 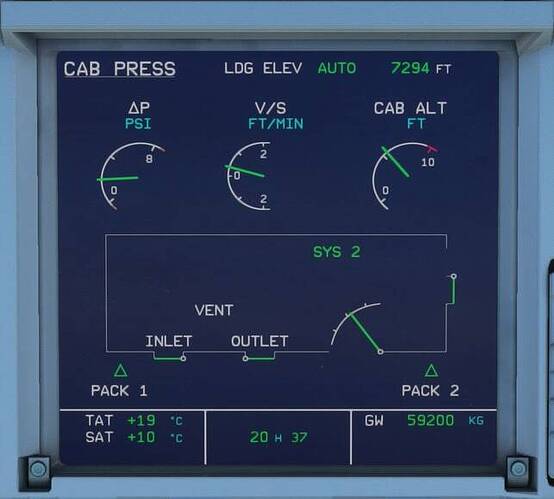 Our new LNAV can now fly procedures comprising of RF (radius-to-fix) legs, which greatly improves the flight path on some departures and arrivals. This feature will be part of our upcoming custom FMGC.

You can watch a video of the NZQN IPNOR3B RNP departure here: 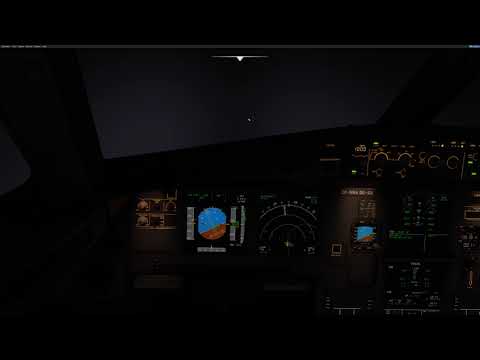