So after a few more testing I do remember having around 10-15 FPS more in SU9. great update…

Oh wow, comparison with TAA and DLSS (Quality). I was seeing higher GPU usage with this update flying through fine clouds. They look fantastic in this update but GPU was sitting higher at 85% usage (TAA). Switched over to DLSS(Quality) with same flight through fine clouds and GPU usage at 56%, that’s a huge drop in GPU load! No visible cockpit display issues with DLSS (using the 310R). I also lock sim FPS at 30FPS/60Hz with Vsync, and output at 4K. Will need to try with airliners.
I may keep using DLSS for a while. This is with DX11. I’m waiting on NVidia driver release before checking DX12.

Everything smooth here. Performs better than before. Did not remove my addons but cleared the cache. Grats Asobo and thank you.

I saw that DFW had been updated and hoped maybe Dallas was finally PG but thats not the case (yet). It appears that more of the area does have PG though - or maybe Im just remembering wrong.
So then I flew between two prospective airport purchases and that flight went fine. The new VFR map is very helpful. You just click on something and bammo - information you need! 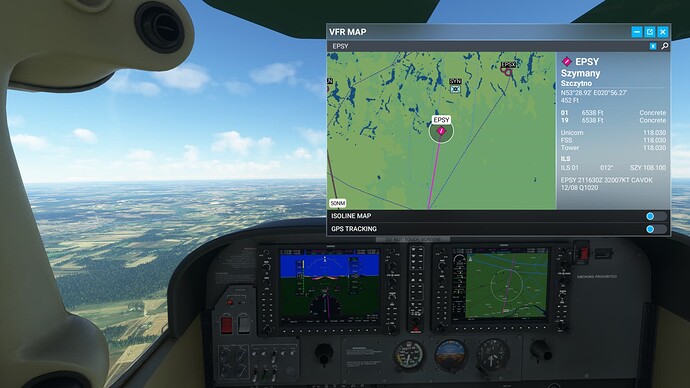 How to disable the DLSS overlay? General Discussion

[image] Does anyone know how to disable the DLSS overlay?

i got the same thing! then it erased my install… redownloading the whole MSFS now.

Well that’s just great… I left the SU10 beta as described in another post, restarted, and then began the update process to SU10. Then this happened: [unknown] After trying a few times to click the retry button yielding the same result, I X’d out of it to try again only to realize that the Shortcut in the Start menu for MSFS has gone. Looking into the C:\Users\USER\AppData\Local\Packages folder, i saw that the FlightSim folder has disappeared… The updater has completely erased my install of…

Asobo – would be amazing if you could comment on the Nvidia new driver we’re supposed to have when it comes to DX12 working properly. Are you saying it’s the Studio Driver that was updated yesterday? Or do we need to wait for the Game Ready driver which still hasn’t come out (last update was in August).

Hmmm. The water in your SU9 screenshot looks how I remember it from my SU9 flying just a couple days ago. But I feel like even your SU10 shot is missing something now. Previously there was way more of an HDR real-world brightness to the reflection. To me the SU9 shot looks like real life and the SU10 shot looks like something artificial.

I haven’t seen a single change in DFW? What are you mentioning? They updated the DFW airport to fix a taxiway that was causing airplanes to get stuck, that’s it.

This is a mess like i expected. No information about the driver that was suppose to launch with SU10 and that was the reason for the delay. A HUGE MESS from Microsoft/Asobo/Nvidia as usual.

Im taking a few days off and will return to the SIM when all is sorted. Not wasting my time anymore.

I don’t notice anything wrong??

Can you make a short clip?

I ended up just clean installing the Studio Driver for now since that has the DX12 fix. Whenever the Game Ready Driver comes out with it I’ll just switch to that in the future.

So far the Studio Driver has been running well.

Updating went fine and was pleasantly quick. Took a tour around Manhattan in stock C172 seaplane, live weather. Landed at La Guardia with 3 kn of wind. Soon after touching down I was thrown into the air, on account of a sudden and persistent 61 kn wind. Managed to land again! Picture below, with weather settings and wind speed. 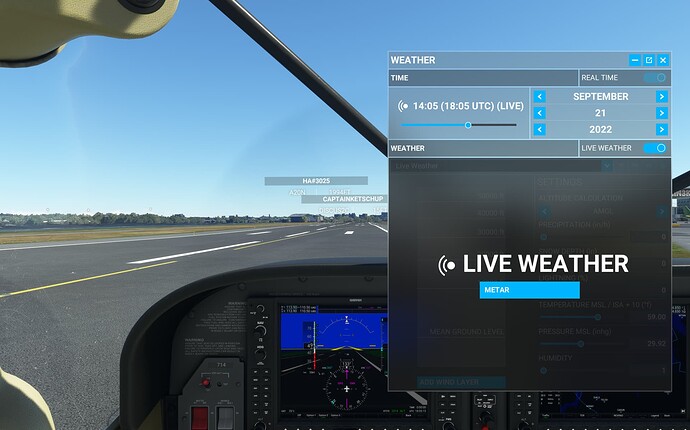 That’s what I am going to do, thank you for replying. It just boggles my mind MS/Asobo hasn’t clearly communicated this.

Anyone else with issue using Logitech X-56 Rhino throttle? Calibrates ok, sensitivity smooth in settings, but as soon as I jump into any aircraft the throttle jumps all over the place. Ok before SU10

Agreed, they should have communicated that the Studio Driver is what we need to get the DX12 fixes.

I got this as well on my first flight attempt (DX11, no DLSS, no driver updates, no GPU OC). Restarted system and tried again. Have not seen it since on 3 additional attempts.

I only had time for a quick check out flight…

DX12 is still not ready for primetime (with the driver released yesterday), but DX11 with DSS on my 3070ti showed about a 30% framerate boost around KVNY (pretty dense suburban area). Quite pleased with that.

C172 G1000 was the plane, seemed a little funky in the flair, a little more floaty, not like my time in real ones – I mean they do float, but this was kinda cartoony. So I think something changed.

No weird wind behaviors, everything seemed fine, but it was just two quick pattern circuits, then had to stop… Will check it out in more detail this evening.