Has anyone else noticed that the strobe light effects when flying through overcast clouds are not visible?
Yes, i know you should turn off the strobes in clouds, but still… I miss that effect

Best leaving it a few days.

Servers are in a poor state. All day I’ve had loss of ai traffic, streaming issues and now no live weather.

As I fly about I can see the sim literally degrading before my very eyes.

Only managed to download and play today, took a quick flight in the NYC area on the A5. Silky smooth, then a late evening flight from Filton (near Bristol) to Southend, flying over the City of London on the CJ4.

The night lighting is great! And silky smooth on Altra with LOD set to 400.

Oh and I found some of the “Windows 11 themed landmarks”

Thank you and ‘yes’ I am using the 0.7.5 version. I’m flying VFR using GPS, then it seems when i switch over to the ILS system to land, it happens. I’m going to take another flight tonight to see if this is the pattern. When I switch from GPS to ILS, that seems to be when my screen freezes. But, thanks for the suggestion.

I don’t remember where I saw this feedback but I can confirm that lights, at least on the runway, are now blinking and disappearing.
Wasn’t the case before.

Unfortunatly this update was the first one causing major Problems to me:

Are you suggesting they build their server farm to handle the load of an event that happens a couple of times a year?

Prior to this update I would be lucky if I lasted 20 mins in VR before a CTD. In the two evenings since the update I haven’t had a single CTD while in cockpit. I still get the occasional freeze and my VR screen goes black, but it’s always come back. My game hasn’t been this stable since way back before WU3!

Mine messed up totally. It is not working even after reinstallation. Awaiting some patch

Of course. They shouldn’t be having this many problems with downtime.

It’s a software as a service offering and currently can’t be enjoyed to its its full potential without azure services.

It’s the very least you need to expect when shelling out for a game over the longer term.

Fine update for me. Totally manageable tradeoffs, if any. Congrats MAsobo! Congrats indeed! Must give credit where it is due.

Oh and I found some of the “Windows 11 themed landmarks

I don’t recall paying for this update! And it’s fun. They did the same for Christmas last year.

If you don’t like it you can uninstall the package (hint: search for Windows 11 in your content manager)

I paid for a program, not an update. I also explicitly deselected the win11 content before installing it. It was installed anyway. I call something like that incapacitation.

Anyone else having ctds when using drone on Xbox?

Just had a great flight from Dresden to Stuttgart in tricky conditions, made the landing then when trying to get a screenshot using drone whilst parked it crashed to Xbox Home Screen.

Always starts with a few stutters then bang game closes.

I have the same issue, and found the following post.
CTD KADW (Joint Andrews) or fly within 10nm of it? - Bugs & Issues / CTDs - Microsoft Flight Simulator Forums

Despite the rough launch, I am incredibly happy with this update. My performance; which once was acceptable, but struggling; is now phenomenal. (Reverb G2, RTX2060Ultra, Ryzen 5 2600)

Night time looks better than ever.

The announcements for upcoming Game of the Year DLC (including DX12 support) and Reno Air Races DLC have me thinking the future is going to be very, very bright for MSFS2020.

This is where Force Feedback would be nice. You should be able to feel the autopilot applying this force!

I actually do fly with Force Feedback enabled through a third-party program, but it’s not a complete solution. It does OK, but I wish MSFS would bring back native FFB support.

I know some aren’t happy and have had some legitimate issues, but man I am so pleased that they’ve improved the terrain. Makes a day and night difference when cruising at 38,000 feet. Love it. 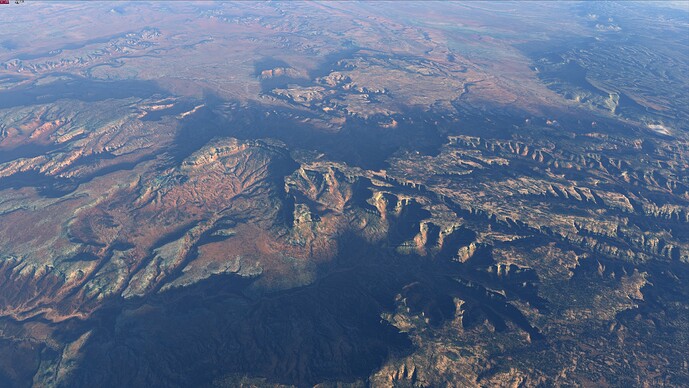 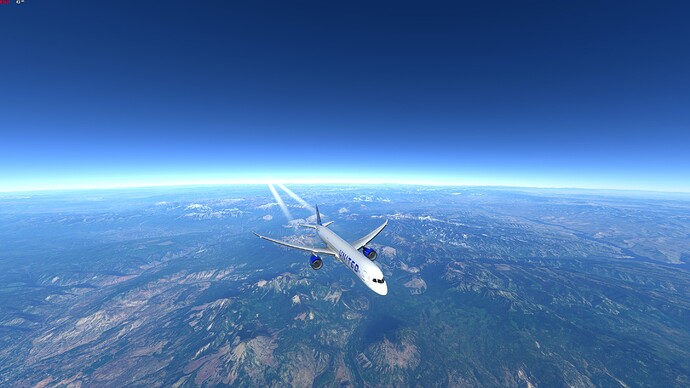 Indeed and so much smoother with high details and airliners. I’m so far pretty happy with it.