It’s been said before. Even in this very topic. Sometimes you have to log out and back into the store. Sometimes restart Pc. Sometimes click the three dots to force download it. Sometimes you have downloaded and installed it already in the background. You could open the sim itself and see it starts updating from there. It mostly a tree step process. Store, Sim, Marketplace, just like Throttle, Pitch, Trim

Yep, those are the exact same issues I’ve been seeing since the USA World Update. Entire mountains shifting up and down or radically changing shape. Also, smaller hills as well as coastlines (since the UK World Update) falling completely flat at a distance, which can cause floating buildings and trees.

It’s not what’s on the mountain, the grass and trees and snow etc. It warps the mountain height, in Norway these can be big steps ! this may be a choice to show less mountain polygons ? I have just tested it with the freeware DEM at ENLK and the result does not change… mountain tops keep popping up within a mile or two. And it seems mountains on a distance change into exact triangles sometimes I just took these images with a good DEM, but it is still visible and jumping… I show medium quality (medium, 80% res) but you see what happens…

In the middle on the first image, near the horizon, you see a pyramid, not a mountan

in fact a lot of pyramids are visible. It is more severe distortion than the W3 update. They did not start with triangles before… 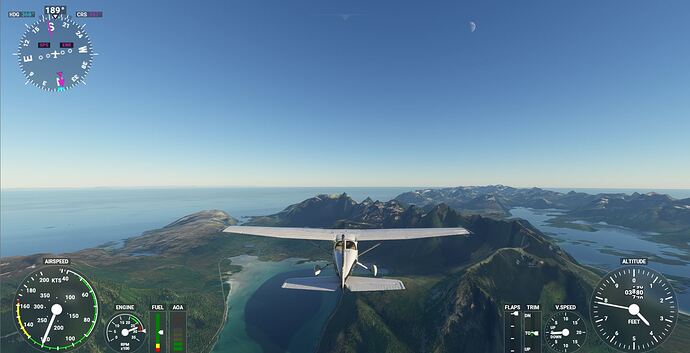 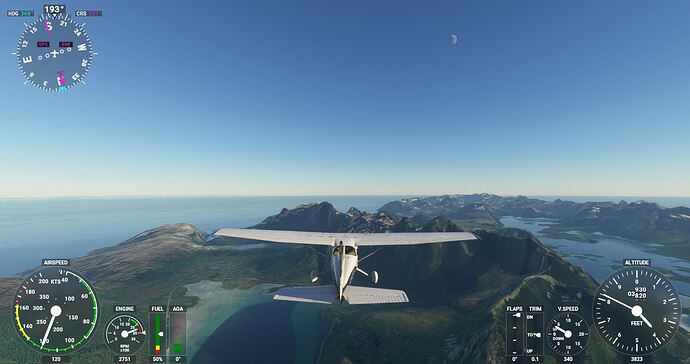 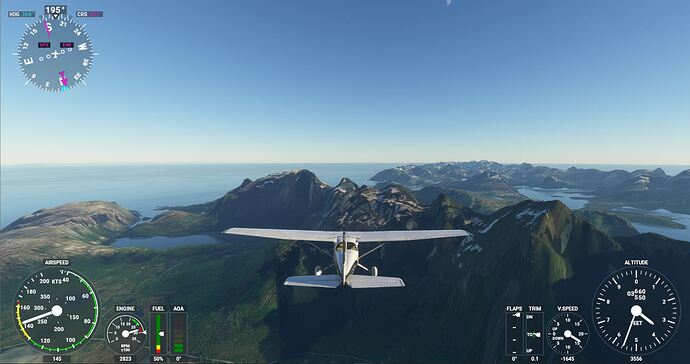 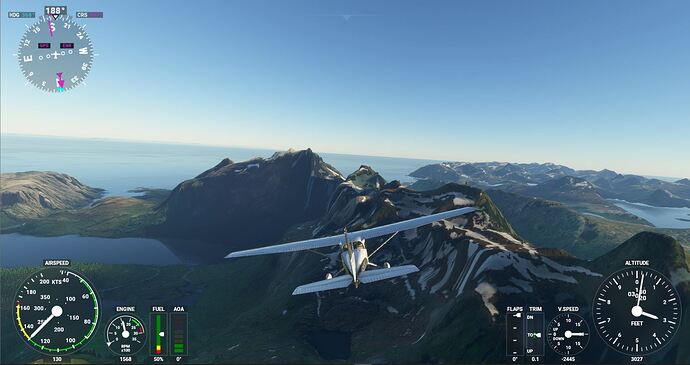 Can you create an independent payware package?

Anybody found a solution for BIIS ctd?

Thanks for the screenshots, this is the exact same thing I’ve been seeing since the USA World Update (indeed, I was not talking about trees and objects specifically but rather mentioned them as an example of the disfigured terrain).

The pyramid/sawtooth pattern became a lot more prominent since the UK World Update, and it’s less about the low amount of polygons, but more because of the poor shape retention of the terrain at lower levels of detail. The same amount of polygons could be used without changing the shape of the terrain that drastically, unfortunately it’s a weak aspect of the simulator at the moment.

I would highly recommend posting those screenshots over to the bug report about the terrain morphing (I’ll link to it again). It could certainly use some contributions like the great screenshots you provided!

Brief description of the issue: Doing flights over mountainous terrain, eg. between Innsbruck and Zurich, the mountains are continually popping and changing shape - others have described it as “morphing”. Never noticed this before the latest update (USA). This effect is very off putting as even if you try to ignore it, your eye is drawn to each one as it pops into a different shape. *UPDATE THANKS TO CHAOTICSPLENDID: * *It appears that these freeware mesh packages (such as this AUSTRIA 10m DE…

@BostonJeremy77
Hi. Works fine for me. Strange. Edit: I don’t have Navigraph. 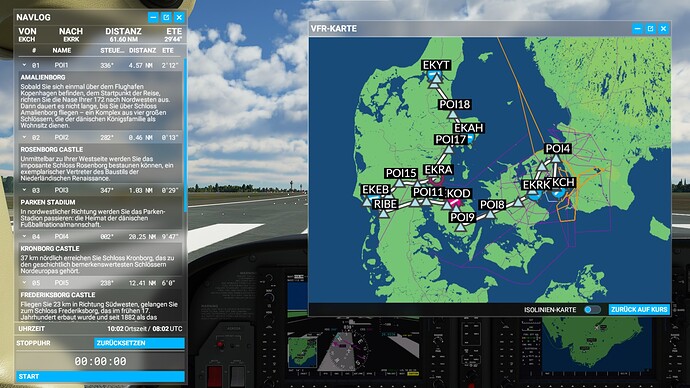 This update seems a little rough round the edges compared to the previous world updates. Maybe they are swamped with major changes coming next month

Just a note, EKVG was added to the sim by this update (plus better satellite imagery and mesh for the islands), but having Navigraph installed messes with the default scenery, and transforms the apron into a mountain (without Navigraph it is perfectly fine). I already reported it on the Navigraph forums: EKVG Vagar issues after Nordic Update - Airport Scenery - Navigraph

Yes, I can recommend watching todays livestream on Twitch, where Jörg talked about coming World Updates, to get a better perspective on these things.
They are very much aware about the limitations concerning satellite coverage, for example, and they seem to acknowledge that some World Updates will have better quality than others. They tried getting photogrammetry for Stockholm or Oslo, for example, but just couldn’t get it in time.

Unfortunately I cannot get the update whatever I am doing (restarting, checking store for update, checking xbox app for update). This is the first time occurring to me.

I’ve said it before on every update and I’ll say it again.

There are literally millions of folk all around the world busy updating and downloading this new WU and there will be a very heavy load on the servers. It must have an effect on the scenery files as well so we’re almost certain to have “imperfections” until everything settles down.

It’s happened in the past and no doubt will again in the future - give it a few days and it will get better.

I don’t have Navigraph but the apron is looking the same for me as I attempt to work my mod around the official version.

It has always been a royal pain up the ■■■■ of a site and it looks like it still is.

I think this shows that payware and community DEM efforts will definitely be required going forward then. I was really looking forward to this but so far been disappointing

Am I correct in understanding no new DEM has been included for Iceland? The way Jorg talked about it on the livestreams, the whole region was going to get awesome 1 meter or sub 1 meter mesh!

There’s no new height map for Iceland. The release notes for the World Update list the countries where new DEM data is used in detail.

hmm my sim crashes when trying to loainto BIIS anyone else with this issue? p.s happens to me on challenge and normal

Still the same here too.

What happened to the good old days, where you would just download an installer… regressive ■■■■…

The weakest WU by far…