The issue was only mine because of a mod I had hahaha it is not because of the update, I just thought it was funny

I also bump up my render detail but I edit the .cfg for a precise micro-bump and it’s worth the 4-5fps it costs.

First IFR flight in TBM 930 Calgary to Vancouver impression running 2K rendering 100%.
If you are running the simulator do not start EVGA Precision X1 it will crash your flight sim to the desktop. 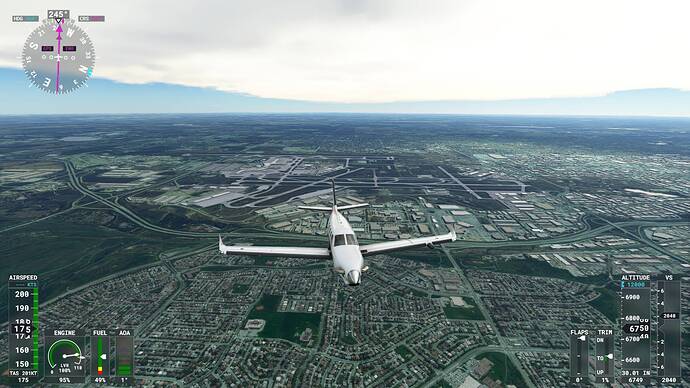 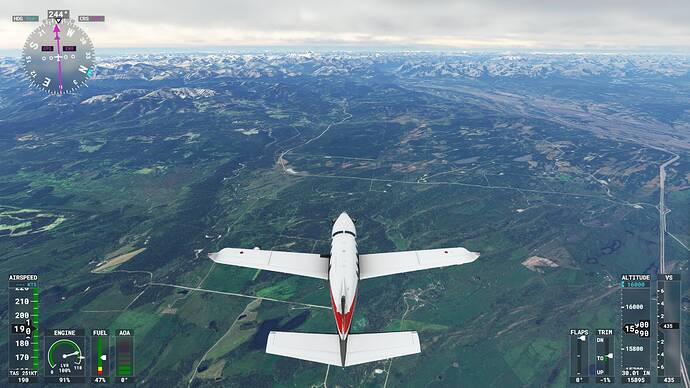 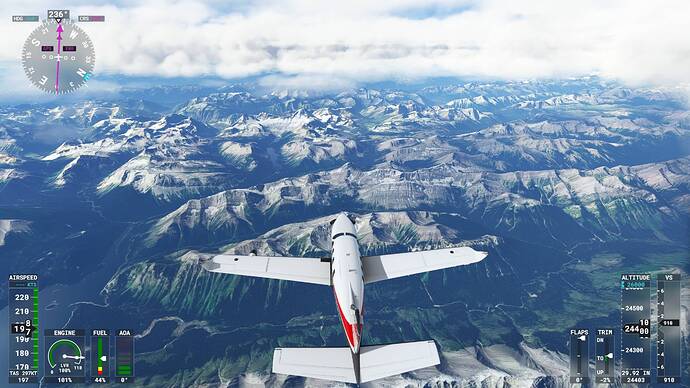 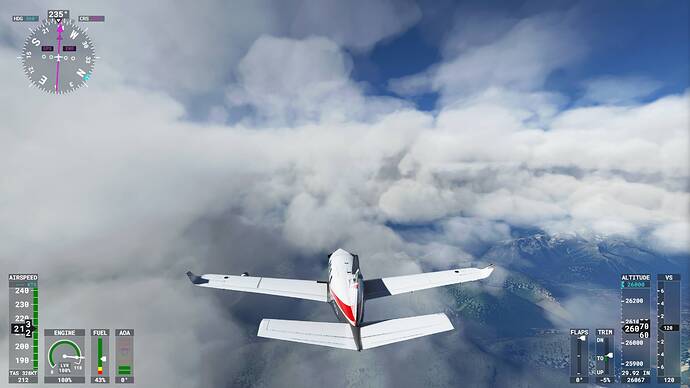 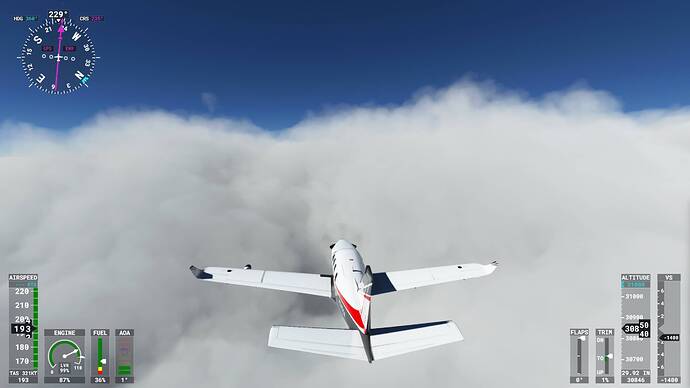 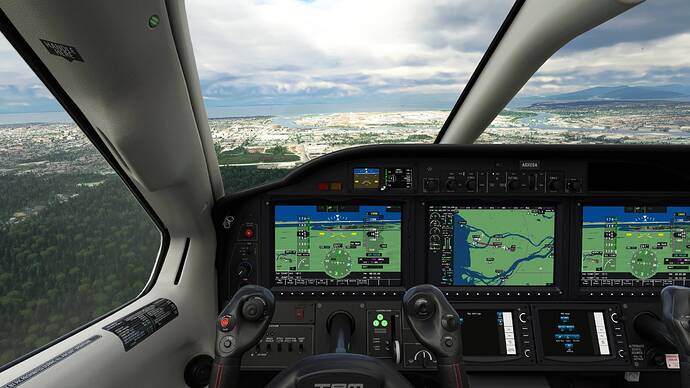 Has anyone else got this error when coming OUT of VR and then trying to go back in again.? .its 100% repeatable for me

…HP reverb G2 ONLY since the latest update

XPlane no issues at all…

Only an FS restart will cure it …VERY irritating… 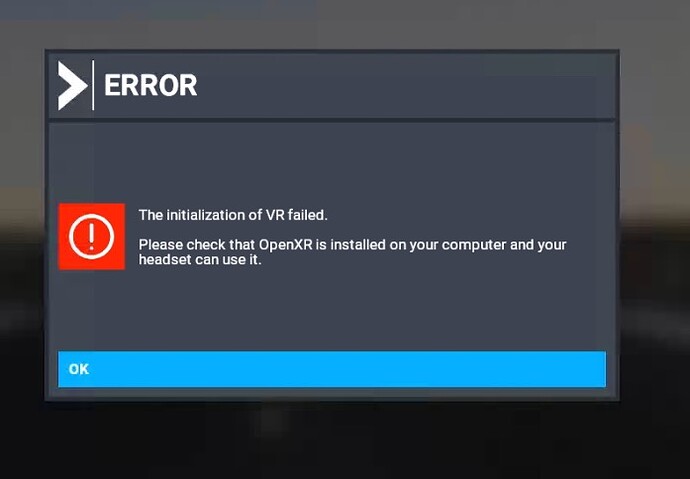 Both AMD and Nvidia uses the rescaling technique. AMD call it VSR.
You can read about it here https://www.amd.com/en/technologies/vsr

So if you have the GPU power you can render the image at a higher res and rescale it to you monitors res along with a preffered antialiasing method.
look here AMD's Virtual Super Resolution Explained [Worth Enabling?]

Ok, you guys keep believing your monitor can display higher than native resolution. I’m done here. We can agree to disagree.

I agree with you, I’d laugh if someone was telling me this!

The Nyquist–Shannon sampling theorem is a theorem in the field of signal processing which serves as a fundamental bridge between continuous-time signals and discrete-time signals. It establishes a sufficient condition for a sample rate that permits a discrete sequence of samples to capture all the information from a continuous-time signal of finite bandwidth. Strictly speaking, the theorem only applies to a class of mathematical functions having a Fourier transform that is zero outside of a fini...

In signal processing, the Nyquist frequency (or folding frequency), named after Harry Nyquist, is a characteristic of a sampler, which converts a continuous function or signal into a discrete sequence. In units of cycles per second (Hz), its value is one-half of the sampling rate (samples per second).[A] When the highest frequency (bandwidth) of a signal is less than the Nyquist frequency of the sampler, the resulting discrete-time sequence is said to be free of the distortion known as al In ...

NB: antialiasing only consists in finding ways to sample the signal at a lower frequency than the Nyquist one in order to save computational power, while trying to minimize the sampling error, but it can’t fully eliminate the error.

I’m happy for you, one could say it was already on “Ultra” in SU4 and lower versions

Because it looks better, but by now, we all know what you are doing here… I just won’t say it, somehow the moderators don’t like it when you state the obvious.

Why not AA
I’d just use SSAA.

Aliasing is manifested in the case of 2D images as moiré pattern and pixelated edges, colloquially known as “jaggies”. Common signal processing and image processing knowledge suggests that to achieve perfect elimination of aliasing, proper spatial sampling at the Nyquist rate (or higher) after applying a 2D Anti-aliasing filter is required. As this approach would require a forward and inverse fourier transformation, computationally less demanding approximations like supersampling were developed to avoid domain switches by staying in the spatial domain (“image domain”).

In other words, AA is just one part of the entire process to accurately sample the signal, but it helps a lot.

Because it looks better, but by now, we all know what you are doing here… I just won’t say it, somehow the moderators don’t like it when you state the obvious.

What exactly am I doing here? You thought it, and implied it, you might as well say it. If it looks better, by all means use it.

The Eifel Area looked so much better BEFORE the update. Normaly it is a wonderful green landscape. Now there are also many tree issues and different colors. And dry brown landscape everywhere… 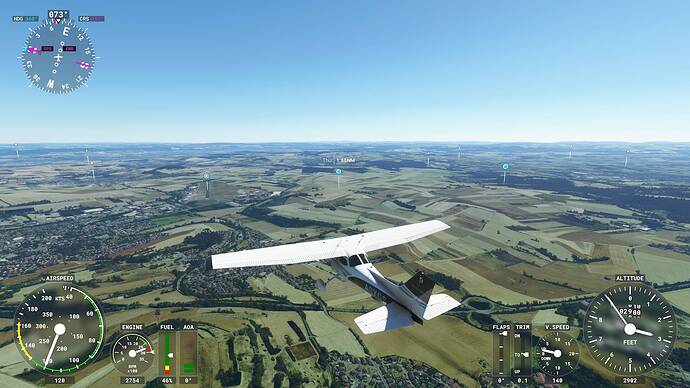 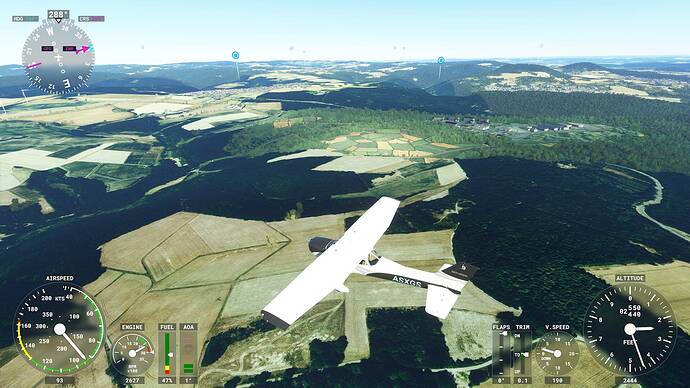 There is something wrong here. Give me a town near by and I will post a screenshot.

Yeah, and then people would be complaining why we aren’t getting regular updates…

Yes, it’s call anti-aliasing and I would use it over trying to run 4K on your 1080P monitor.

You can’t even try to run 4K on your 1080P monitor, even if you wanted to it is simply not supported. Those who set render scaling above 100% are not “trying to run 4K on their 1080P monitor”, they are using one way (of many possible ways) of configuring anti-aliasing. There is no toggle box in the game to enable or disable SSAA, we use the render scaling slider instead to achieve that effect.

Where you struggle with this is that you do not understand the two parts of what the render scaling slider does when you set it to above 100%. You get the first part correctly, it causes the GPU to render more pixels internally. You do not get the second part, that the GPU then uses those internally rendered pixels to get better quality in the final resampling to your monitor’s native resolution.

no angst, just an unnecessary app. Its a bug.

You’ve not been looking in the right places for angst

Try these, for example…

But I don’t want that app? I really want MS to allow me to transfer to Steam by now. MS store apps are a dumpsterfire.

Any way to install without the XBox app? General Discussion

Not sure why it is there, never saw that before as a requirement. I was going to just uninstall it and install it again for the next update. It’s annoying that it pops up every time I start the PC 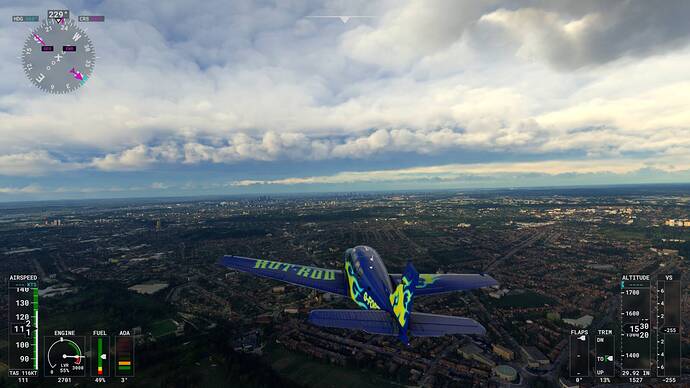 Sight of the city skyline from afar - this is a really really nice addition. Here flying from Stapleford in NE London, you’d never see the skyline from there prior to this update.

I have the same problem. The whole area of the EDER airport looks like this. The lack of trees is also found in many other regions of Germany.