where did you see updated elevation? (and all of the other updates for today?)
i google’d but mcrsft didn’t want to show me

Changelog?
Ever hard of? (sorry needed something stupid to type to get more than 10 chars)

You must be running Microsoft Flight Simulator version 1.26.5.0 to download and install World Update X: USA. World Update X captures the spirit of the United States of America and all of its exquisite landscapes, cityscapes, and breathtaking vistas to enjoy from above in Microsoft Flight Simulator. Explore the renowned canyons of the Desert Southwest, roam throughout st…

thanks! have a good one

I was hoping that when Asobo did another US update, they would include 4 corners monument. Looks like ill have to do it.

Thank you for this free update. You rock.

That’s quite true, they have talked about it quite often in the Dev Q&As that they want to revisit London (as soon as they get improved source data?)

It doesn’t mention it specifically, even though the big promo shot at the Statue of Liberty. I’m betting on NYC, I am Legend version still.

Loving it! All the people defending the introduction of the Halo Pelican 24 hours ago, now kicking off because their free World Update is the States (again). Well if you don’t like it don’t fly there, simple. 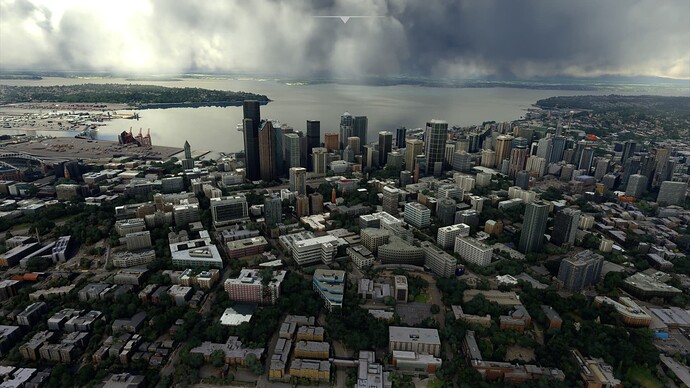 Nice it got a good brush over. I do enjoy flying in the USA as it has such a different aviation culture than here in Europe. It sometimes seems like every remote municipality has at least a small airfield which is nice.

I enjoy the SkyWest schedule from Salt Lake City a lot. (At the Pilots Life app). Fly an hour north and you’re in the greens of Washington, an hour east for the Rockies, south for some beautiful deserts and west for the sunny beaches. I’ll be departing Italy soon again and head back to Utah. Great fun!

(And with regards to the community turmoils: I suppose it wasn’t necessary to keep this a big surprise. But come on, World Update 11 will probably bring new places to explore for us.)

A little disappointed not to see China in WU10, but thanks to Asobo for bringing this update

After game restart I was able to install it eventually.

Thanks for the awesome update guys it’s all about fun this is what it’s about . Love the surprises this week and also the Beechcraft . Simply beautiful and well done !

That looks great. The dockside cranes could do with some work though. I find PG often makes a bit of a mess of that sort of object.