Major tiles failure all over the continent.
Edges everywhere.
Fix planned: In SU nn (USA 3 ) in about a year, I think.

Ummmm…did Asobo sneak some kind of small patch on Steam or something that downloaded in the background while i wasn’t looking ???

Because i haven’t launched the sim in couple days and suddenly today i’m getting 37+ FPS on the ground in major US handcrafted airports, as well as other 3rd party airports i have that were known to be a bit heavy.

What would really annoy me if this turns out NOT to be the case and this boost would be a result of some freeware mod/scenery i removed from my community folder recently which was the culprit of all my stutters.

I hate when this happens, now i wanna know! LOL

Loaded it up for the first time in 5 weeks. FPS is still terrible. Turned it off and went back to Truck Simulator. Hopefully the next update improves things or I fear this is the end for me and a massive waste of money.

Elevation data and DEM in the Yosemite National Park are certainly not as claimed to be 1 m. The eastern side of the entire Yosemite Valley looks awful with blank dark green cliffs, that are like straight walls. 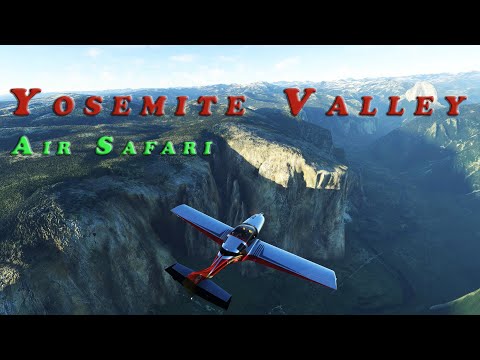 I take the claims of 1M with a pinch of salt. The source data may well be 1M but that doesnt necessarily mean what makes its way into the sim is. That said what you show may well be more to do with textures that DME. You can have all the geometry in the world but put a terrible texture on it and its still going to look poor.

Some of what you show looks quite nice though to be honest compared to areas in the Dolomites.

It was Jorg himself who mentioned in an interview that they got the data from USGS at 1m DEM.

How I have made this video is actually not to look that bad. The right side of the valley looks awful. No texture at all. Just blank and straight dark green walls! Some of which shows in the beginning of the video.

It is still much better than before. But still not close to perfect.

Yes precisely, he said he got the data at 1M, that doesnt mean what ends up on the sim is 1M.

You may have already noticed this, but the more vertical a surface is the worse the textures become. Which makes sense when you consider where the imagery is being taken from.