Does the Simulator have Atmosphere Layers?

i think more layers are important in the atmosphere of the MSFS 2020, because of when you fly to high with you airplane in the realality i think the engines will get shut down because of the lesser of oxygen or air.

Different planes have different maximum altitudes or ceiling. Less oxygen is not the only limiting factor. Thinner air also allows less lift. If the plane can’t pressurize the cabin, they shouldn’t fly above 10,000 unless they have supplemental oxygen. And other considerations.

I did a test and start climbing to see how high it would go in FS. As expected around 7,000 or 8,000 feet my climb rate started to slow down due to thinner air producing less lift.

But, close enough for me. As expect, as I climbed higher I lost lift.

Now time to head back down. It’s cold up here and surprised that I haven’t passed out yet from hypoxia.

I did get a stall warning and notice how my airspeed dropped to 38 as soon as I started my turn. I managed to make my 180 degree turn and not fully stull and go into a spiral, but I came real close. 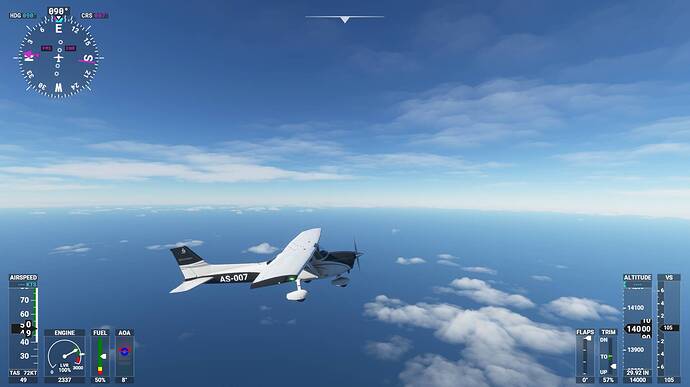 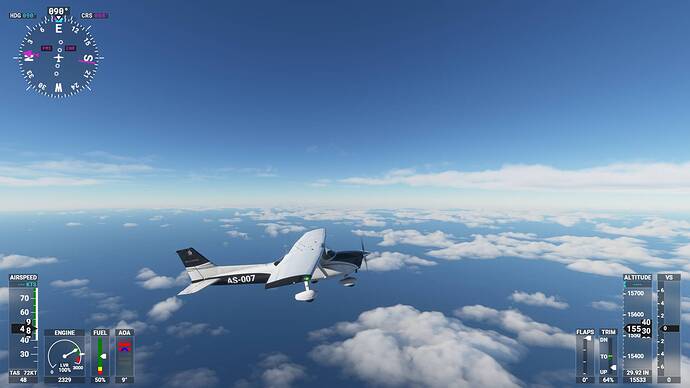 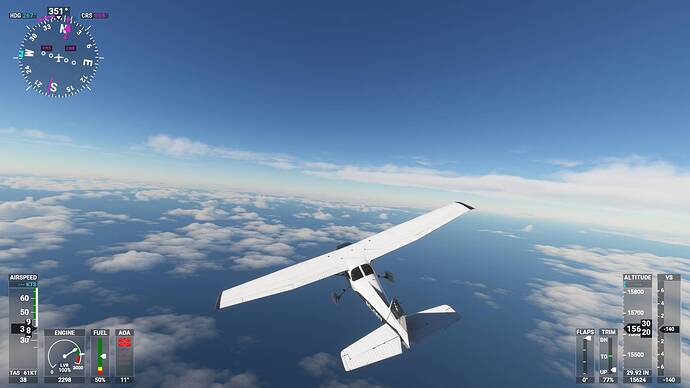