Please tag your post with #pc and/or #xbox. #PC

Are you on Steam or Microsoft Store version? Steam

Brief description of the issue: Draw distance very poor in Athens even at LOD 400

Build Version # when you first started experiencing this issue: 1.20.6.0

I saw some LOD effects, where distant buildings changed colour as more detailed models were rendered. What else was there to see in that clip, and what do you expect to see?

my guess is, and that is a immersion breaking issue, that there ar for some reason in part completely different looking LODs for the same object?

Don’t know why so much people whine about LOD.
Mine is at 200 and I am satisfied. OK my GPU couldn’t habdle more, but I saw video on YT where different LOD is compared.

Difference between LOD 400 and 200 is minor, scenery which is closer it is the same, on every level. Very distant scenery is different, but different in such manner that there is no matter because blury less or more no big differenece. Even if we have LOD1000 there would be no difference, because objects are so far away I can’t recognise any object, only areas where is forest, urban area or anything else.

Don’t know why so much people whine about LOD.

no need for you but tell me which one do you prefer? the trees are a good indicator for it…
AND it makes a huge difference using a 1080p 1440p or 4k Monitor! 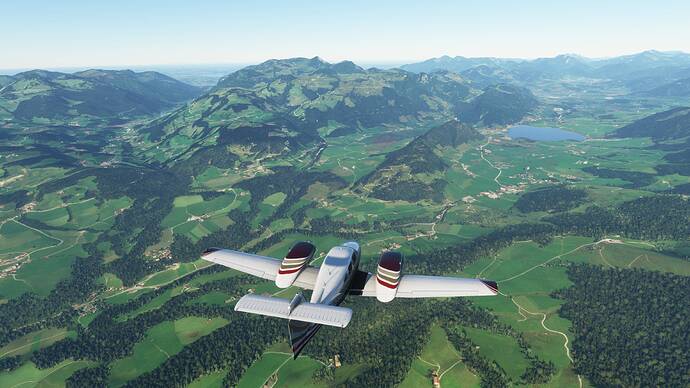 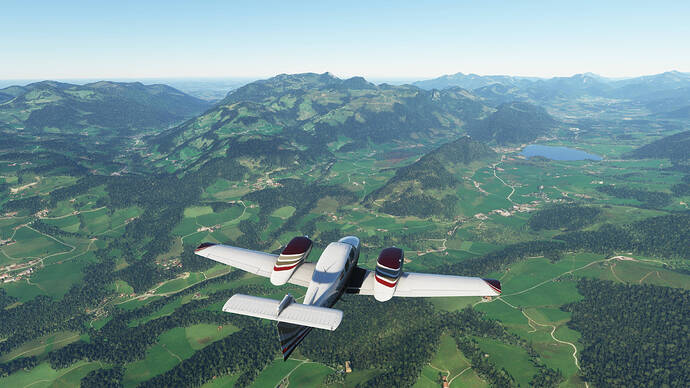 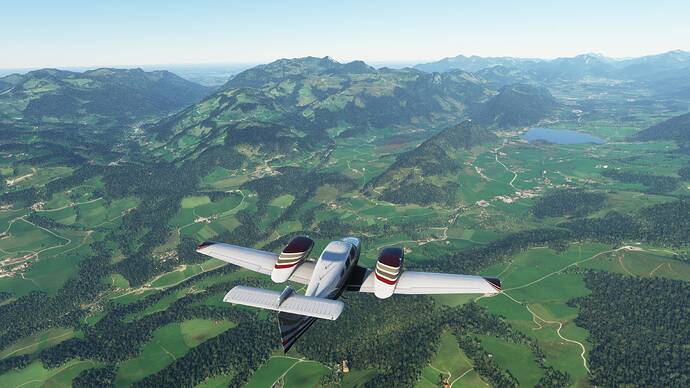 I fly with LOD 500, have done since before SU6, and it looks really good. I can still zoom in to the distance to see the point where the trees begin to thin out, but at normal zoom levels it’s just not noticeable. Anything more than that seems wasteful.

Yes, and things change near airports quickly. Sometimes the airport doesn’t load up properly either (specially after the 2nd visit, i.e return flight …). I had this issue before SU5. SU5 fixed it, now it’s back again (airport not loading properly or changing quickly as you approach). Hope they fix it.

Don’t know why so much people whine about LOD.

Maybe because it’s ugly and immersion breaking seeing squares of buildings or trees popping in at 2 miles distance?

I’ve not seen that elsewhere, so perhaps it is just the building archetype for that place?

Have you seen it anywhere else other than Greece?

You have to accept that an objects Level Of Detail will change as your distance relative to it changes. There’s no avoiding that. What we are seeing is a great change in its appearance, seemingly either it’s colour or brightness.

It probably is tied to the model, so the question is does it affect other models? I’ve not seen it myself, but will keep an eye out for it.

Looks normal to me. You don’t get a perfectly round ring of detail around your plane. The cities load in chunks ever since I have had the sim. There aren’t multiple lods so there is going to be pop in.

I don’t notice a difference in the LOD in Sweden between the settings 100 through 400. The forest still stops abruptly a few km away from the plane, sure if you fly GA low at like 1500-2000ft it’s not that noticeable, but if you fly higher it breaks immersion by quite a lot.

I’ve not seen that elsewhere, so perhaps it is just the building archetype for that place?

You can see it in KLAS too. If you fly in an A320 you can only see buildings infront of your nose while they slowly pop in.

Here trying to figure the differences in some of the above pictures .

I think the Mrs is right, time to visit Specsavers …

i worries me that it is now marked as FIXED !?

Hope Asobo takes care of this! I had to abort landing because of this. It won’t load up in time and the terrain keeps changing right in front of your eyes …! This should be very basic for flight simulator: To be able to land at an airport! I guess not… 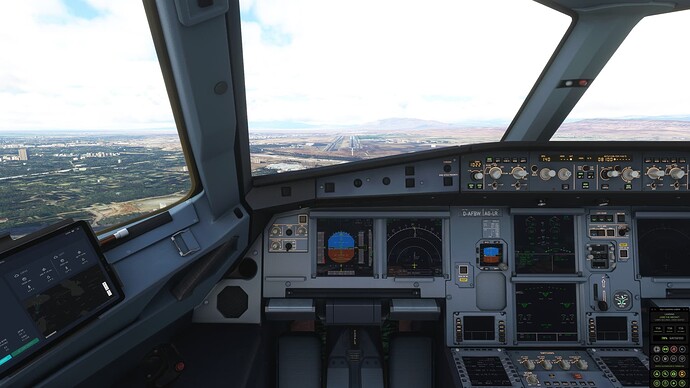 I thought LOD was fixed in one of the updates last year but it still seems broken. This is with terrain LOD set at 400: 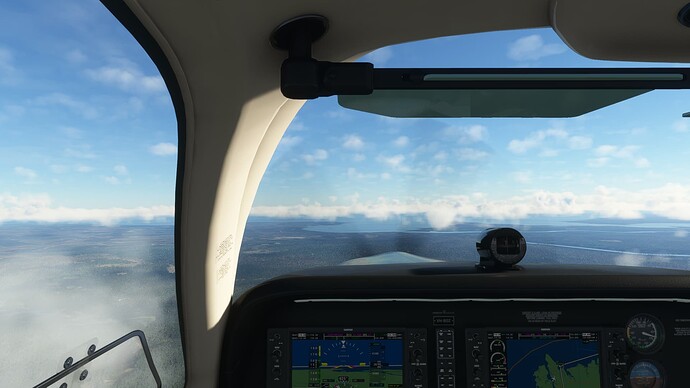 This needs to be fixed ASAP. We have waited months. It’s still a great sim.

I know this post is 6 months old, but since I noticed it again recently flying in Alaska: Keep in mind that the LOD is very dependent on where you fly. Near the equator there is much more detail in the distance, while the low LOD elements (low resolution textures, no trees etc.) get pushed much closer to the aircraft the closer you get to the North or South pole.

Flying around Kodiak, Alaska for example you have to set the terrain detail slider to 150 or 200 to get the same visual quality that you get at a slider setting of 100 much further South, say California.