I’m continuing this more relaxed series of flights along major trade routes, waterways, pilgrimages, etc. The last few weeks have been a blast, and I’m excited to keep seeing new parts of the world with you all!

Unlike my previous US National Park series, I won’t be live streaming, which means I can actually hang out in the Discord CTAF channel if anyone would like to chat! I will also broadcast the Bushtalk Radio narration into Discord, so we all hear the POIs as a group.

Hope to see you there!
Jules

What to expect on this trip:

While I don’t own this and am not sure how it will impact the other add-ons, the Dubai Orbx landmarks pack is frequently mentioned as a great purchase for the price.

Flight Plan:
(They are identical, the second just has short waypoint names to work around this bug.)

Airplane: Cessna 152 or similar (might be a fun flight for a helicopter if you’re feeling adventurous! I’ll be in the Cessna 152 Aerobat though 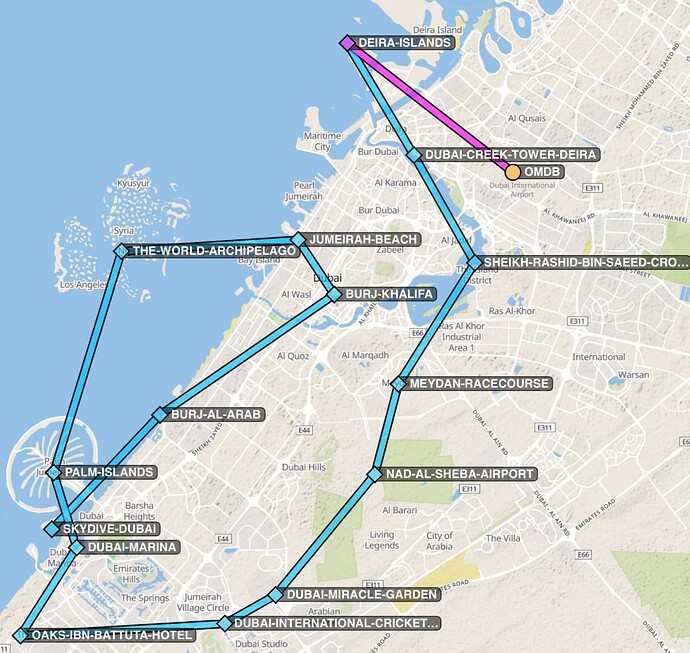