Does someone know the cure? Or has this allredy been discussed in another thread?

Does someone know the cure?

I don’t know but I think it’s unsolvable on our ends. I had the same with black flickering buildings (not PG). And very weird missing sections of satellite terrain. And blurry un-detailed patches. And chunks of PG missing revealing the standard ground some distance below the “holes”. Went back to DX11 until 12 is out of “Beta”!

Yep, it’s a bug I’m seeing too. And going back to DX11 isn’t a good option if you have an RTX 4000-series card because you lose half your performance.

Probably would be good to start a topic on this in the bugs area, or add it to an existing DX12 bug topic. I wanted to click the “Me too!” Vote button but there wasn’t one here.

Yes, didn’t think I would say this a couple of months ago, but I get better performance with DX12. Don’t think I loose half of my performance with RTX 4090 and DX11, but definitely some performance.
Would be nice to know what’s causing it and if it’s just some Nvidia-setting thats need to be adjusted to get rid of the flickering.

By half the performance i mean the inability to turn on DLSS frame generation if you’re not on DX12. Always being over 100 fps in MSFS, as opposed to hoping for over 30 on my previous card, is wonderful.

Ah, ok! Im not on SU11 beta, but as you said, you have to turn on DX12 (and HAGS) for DLSS frame generation. So hopefully more simmers will be forced to start using DX12 and complain about flickering.

This seems to be solved in SU11. No more flickering on third party photogrammetry with DX12. 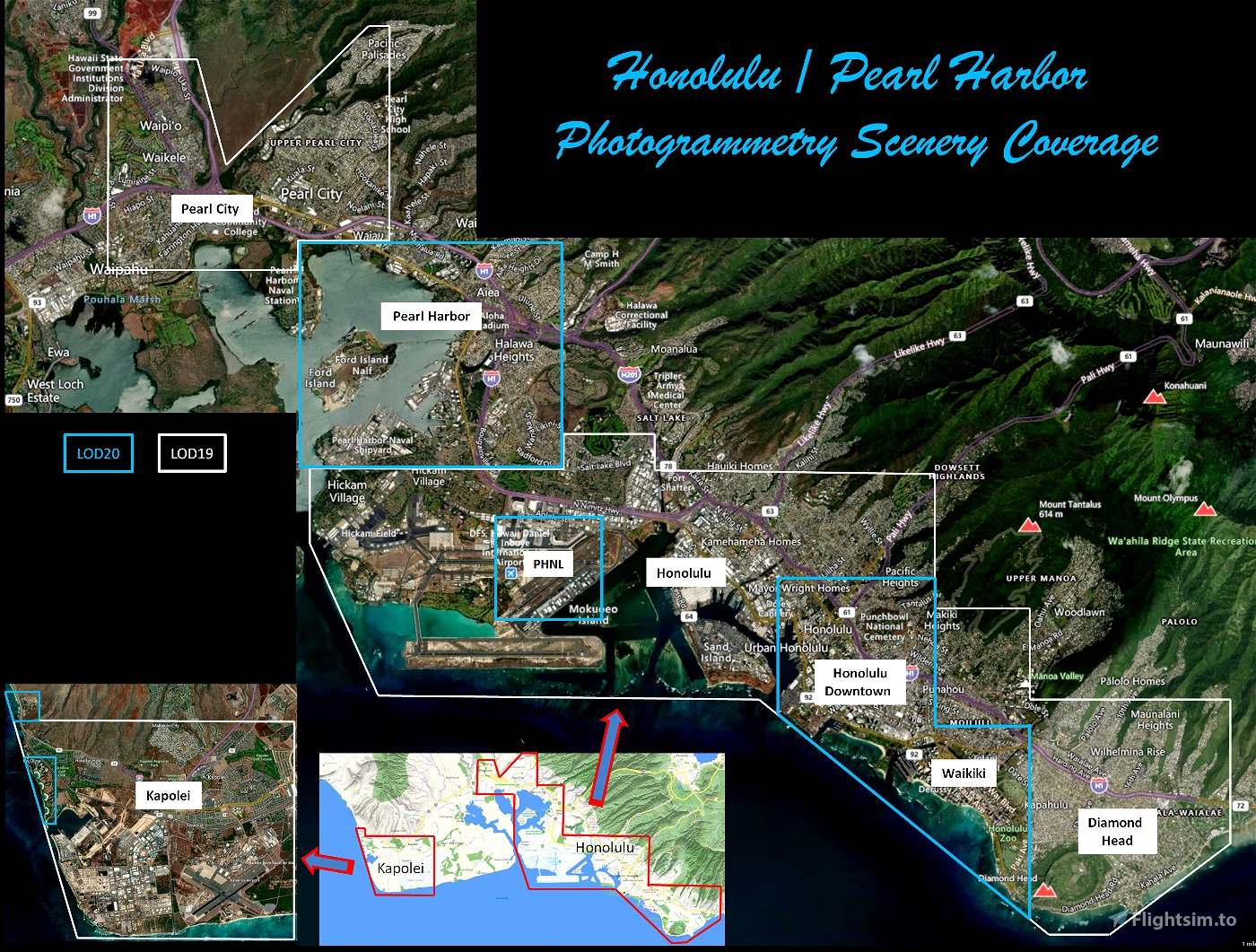 ✓ Honolulu is a Microsoft Flight Simulator 2020 mod created by steveli. Download for free to enhance your experience in MSFS 2020.

Ok, good to know. Just to be clear: I don’t have any problem with Asobo photogrammetry and the dark flickering happens when you get closer to the city and buildings are morphing in different LOD-stages. (If you have this problem, you can’t miss it)

Can the problem be the way some developers create photogrammetry?

Yeah, I’ve only seen the issue with third-party photogrammetry, but it’s definitely there across multiple photogrammetry creators, including sceneries from the prolific EnjoyItFly.

In the Hawaii scenery, it happens even fairly close, so not sure if it’s 100% LOD-related.