At the moment, ICAO code EDDB is still assigned to Berlin Schönefeld Airport in MSFS2020, and Berlin Brandenburg Airport cannot be selected as departure (or arrival) airport. Do you expect that to change with the next update?

EDDB’s two runways (07L/25R and 07R/25L) are already assigned correctly, with the southern runway (07R/25L) not yet officially in operation and therefore crossed out: 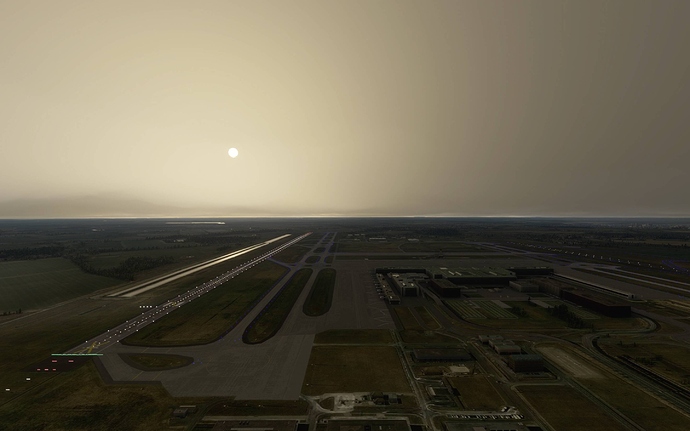 At the moment, ICAO code EDDB is still assigned to Berlin Schönefeld Airport in MSFS2020, and Berlin Brandenburg Airport cannot be selected as departure (or arrival) airport.

yes it can. flew in and out of eddb ber several times already.

Well, let me put it this way: In the World Map, the ICAO code EDDB is still assigned to »Schonefeld, Berlin«, not to »Berlin Brandenburg Airport«. The developers may want to change that, because the code has been reassigned.

good gracious give them some time. I assume it’s Navblue data. Also, just because the name ain’t correct doesn’t mean you can’t fly in and out of the airport. The SIDs and STARs are in. yes, the ils freq is missing for the southern runway but so are many others and all the gates are available…

good gracious give them some time.

You are completely right—I apologise for being unnecessarily impatient, that’s my fault. Take it as a sign of enthusiasm. Thank you very much for your work and your help!

Hopefully they will publish this scenery soon

This airport has just been released and is available on SimMarket.

WOW - I missed that totally

Got my DLC now from Aerosoft direct…

Hi there, it looks like EDDB now corresponds to Brandenburg Airport:

So I am closing this and moving it to our Resolved Bugs section. In the future, if you see a bug like this, you can report it in the Bugs & Issues category.