Not sure if this is the right place to put this but hopefully somebody will have an idea.

I own both the Orbx Great Britain North and Great Britain Central UK landmark packs. They are great, adding hundreds of POI’s and landmarks.

Some of them clash with other products however. For example their masts, chimneys, radomes etc clash with the excellent We Love VFR mod, which results in duplicate masts meshed together.

Visiting the Isle of Man this weekend I noticed that King William’s College also clashes with the version that appears in UK2000’s EGNS Isle of Man airport.

It’s been requested on the Orbx forum whether we could edit the landmark packs to not install stuff we don’t want but they never responded. I wondered if anyone knows a simple way a user can edit their files in the community folder to delete unwated POIs?

I did try manually deleting items from the Great Britain North scenery folder but it just resulting in the textures being pink, it didn’t stop displaying them. 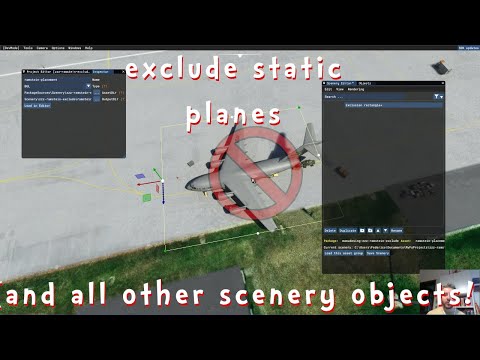 Mamu82 most likely has you covered.

Thanks, Superspud, it look a bit complicated but maybe if I watch it a couple times I’ll grasp it!

The most difficult part here could be the order of the sceneries in the content.xml

If you need additional help don’t be afraid to ask!

I would agree with the original poster. There are some Orbx landmarks I would like to delete in the Inverness area. Also, in another scenery, I would like to exclude trees in the airport infield that do not exist in real life. But I am a total novice in scenery creation and manipulation. I will see where your video leads me as far as this rabbit hole is concerned.

I wish Orbx themselves were a little more helpful in this regard. They obviously know that large landmark packages with hundreds of POIs will result in some conflicts with other sceneries so you’d think they would find a way to work with other developers or allow us to edit the config files for individual POI’s so that we can disable them, i.e a config file that says Snaefell 1 = 1 that we could change to Snaefel 1 = 0 to disable it.

I can do this with MSFS itself, for example turning off the annoying pushback guy who spawns when I’m flying GA planes., why won’t Orbx allows us to do something similar…

They could split their objects to separate scenery files. I do it like that so users can remove, for example, satellite dishes but still have the rest of the add-on working.