It would be nice eye-tracking compatibility.

Not now, maybe in future when eye-tracking VR headsets will be widely adopted, then foveated rendering will make a difference. For now? There are almost no any way popular headsets with eye-tracking.
There are more important fixes and functionalities to be implemented, than this.

This is not for VR.

The Tobi community have been trying to get this going for months and months I think they are on 500 votes and it is on the to do list but since release nothing.

I have a Pimax 8KX with eye-tracking and hand tracking; it is becoming prevalent.

Prevalent? Come on, be real. It is nowhere close to mainstream like Quest or G2 (where G2 is considered expensive by a lot of people still). I talked about popular headset. 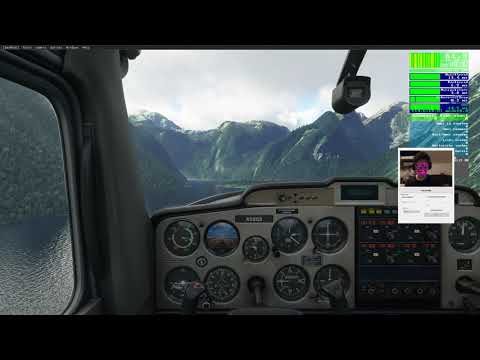 You missed the point; eye tracking is a VR headset feature that tracks your eyes pupils to adjust to a higher resolution.

For example, The Pimax or the Varjo VR3 headsets have.

It’ll come, but needs to hit more headsets before it becomes widespread in games… hopefully most support can be baked in at the driver level and avoid the need for games to specifically implement it for dynamic foveated rendering at least. Of the two you mention there one is at the very least highly niche and the other isn’t even a consumer headset.

Good chance 2022 is when we see eyetracking become more mainstream, code in recent updates points to it for the quest pro and likely to be seen in the valve deckard if the rumours hold any weight, also appears to be in the upcoming PSVR 2… Varjo and HTC both have events this month too so we will see what they are brining to the table. I suspect Varjo are going to be showing off a high end consumer version of the VR-3, perhaps without the super high PPD centre display but it could well keep the eye tracking… with all those possibly on the semi near horizon, after that hopefully we can see some meaningful performance improvements in games as it reaches wider adoption.

Currently I believe that on headsets that have it like the G2 omnicept it only really works with Nvidia’s VRSS 2, which like the VRSS 1 is only applicable to forward rendered games with MSAA which rules out the majority of modern games that are overwhelmingly using deferred rendering and temporal Anti aliasing solutions… just like MSFS.

Where it gets really interesting is when you combine it with ML based upscaling solutions for sparse infill in the area outside the fovea… think DLSS performance mode for the areas that you aren’t looking at - you can then render them at even lower levels without noticeable quality loss. Probably at least a couple of years away from that becoming a common thing however I’d guess.

Great news indeed, Pimax also has an event coming up; I believe they have a new headset version, probably with eye-tracking and hand tracking integrated rather than as modules.