And Contrail don’t tell you that there is an update available?

no, I guess it cant as I did not buy from there. Awful on MS’s part. Pure garbage.

I bought it again… CBA with the store…its a con!

You might want to check into going through a refund process on the KDEN you purchased in the store. You see, you didn’t buy the airport, you bought points that you were able to use towards the airport. About the only way it will change is when A, they realize or B, less revenue through this system and learning why.

I cant beleive it is the shambles it is. I tried once for a refund on the C90 rubbish, that would not even fly on the day it was released!!! That went badly. It cost me another £10 or so, not that I can just throw around money, but I cant take the store. All of this with the points, selling broken stuff needs regulation if you ask me! I feel like I have zero rights at all…This cant be right.

I’ll dig through my bookmarks and give you a forum post link where someone went through the refund process seemingly fairly easily. It was a post about the A-10 aircraft on there.

Here it is, supersix, bravo out!

A10........Junk How do you get a refund for something that doesn't work? Marketplace

Using the wrong, legacy flight model can als cause such issues. Not necessarily a super bad FDM.

Like my grandfather said once. “I can get pictures from Mars, but I cant get channel 5” lol

I feel its the same with this. They stream the whole world in, but you cant get an update for months!

Oh look…and here I sit at KDEN with no issues… Kill me now! What are MS/ASOBO doing!!! People need a proverbial rocket or 2 around there…WAKE UP MS< YOU ARE KILLING YOUR STORE!!! 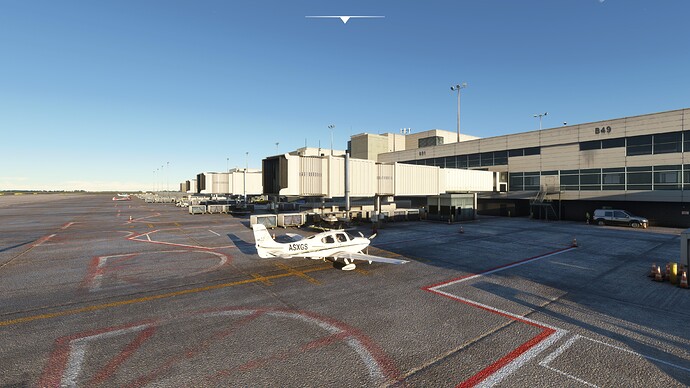 Not sorry for Caps!!!

I have 57 Items that need updating,never buying from marketplace again…

I was in the boat of buying from the marketplace so that the percentage Microsoft takes keeps supporting development and the infrastructure MSFS requires.

With all the problems in the Marketplace on releasing items, and not having simple things like an itemized receipt, I will be buying directly from the developers moving forward.

I really don’t get what the hold up is in the pipeline at Microsoft.

I have the Flightbeam’s KDEN airport and after the last MSFS hotfix I cant fly from or to KDEN because I have a CTD the 100% of the times!!!

Sorry to say if you bought it from the Market place then your KDEN is 2 versions behind, Just like mine was. I just bought it again, Its a major airport, I fly in that area a lot, Now we have the AWESOME NGX from WT/ASOBO flying to some of the more remote airports in Colorado and the surrounding states under IMC is possible. So I bought it again, from Contrail…

I would try to uninstall and reinstall KDEN. I can’t figure this out. When a new sim update is coming I thought documentation was shared with vendors on what is being change so they can work on a update when the Sim Update is released. Maybe not. I see a lot of CTD in a lot of post

Yes, I bought it from the market place

its not fair that asobo doesnt update the products that were bought through the market store in the sim.

Now I understand why I always have a CTD in KDEN, its one of my favorite airports but Im not going to buy the scenary again. I will wait for the proper update.

I will try, thanks for the advice

Hi all,
I’m sorry to hear about the CTD issues at KDEN. We have indeed sent an update to Microsoft in MID-JULY to resolve the upcoming SU5 issues (we had early access). It’s now mid-August and still no word on the update being published. Same thing with our other airports.
The product is updated and fully functional with SU5. I highly recommend purchasing directly from the developer as you get updates the same day they are released. Expect around a 2 month wait if you purchased from the Marketplace. Other developers along side have complained about this and it doesn’t seem like it’s getting better. On top of that, we get a significant slice of royalties taken off each marketplace purchase.
If you want to see the full list of benefits of purchasing directly, see our blog post about this mess here: https://www.flightbeam.net/post/msfs-marketplace-update-big-delays

This situation really frustrates me as it makes it look like the third party developers are lazy and not updating their products, but it’s the complete opposite. We’re getting 1-star reviews in the Marketplace and it’s simply not fair.

Thanks for your support

Thanks for posting this. I totally understand, and I am just as frustrated as you are in regards to this. The Scenery is amazing and priced nicely. I am annoyed I have had to buy it twice now, but I am happy to support such good devs!

MS Really need to stop this! I have been saying this for a long time, that all this does is hurt dev’s, the platform and the community. I expect I will be able to fly my $50 or $60 worth of carendo planes in a few months for about a week and then another update will break them, and so the cycle begins again!

Yeah, never buy anything from the marketplace. It’s horribly implemented. Most developers have a way better installation system with real-time updates anyways.

I have the latest update from Contrail app and the Sim will not load at KDEN and landing there does go to CTD so I need to try uninstall and reinstall and make sure the KDEN default is not loaded.

What I was trying to do is trick the updater thinking it was there but I could not find a way so I guess we need to wait for a fix hopefully in the next update.

Update: I delete the asobo -DEN, Installed FB KDEN. When I ran the sim the updater installed the asobo KDEN. I am able to land and take off at KDEN, but I cannot Set the start airport at KDEN when setting up a flight (I just enter the departure airport) because after I click to load the flight the sim hangs. So I have to crash out. (as a side note the default asobo KDEN has the same issue) So my work around is not start from KDEN.