they’re adding float and ski variants to “all” the default light/bush planes in SU5, so probably a C172 on floats/amphib.

I’ve love to see Carenado revive their old U206 amphib…

And Lake Hood PALH should be back in SU5. But for what i have seen, only the 3 waterlane, i don’t know for the gravel runway and the entire airport.
So waiting for confirmation, i have started to create this airport in case the default one will be too “basic”.
i will stop if it is good enough.(mine is a work in progress and probably for months) 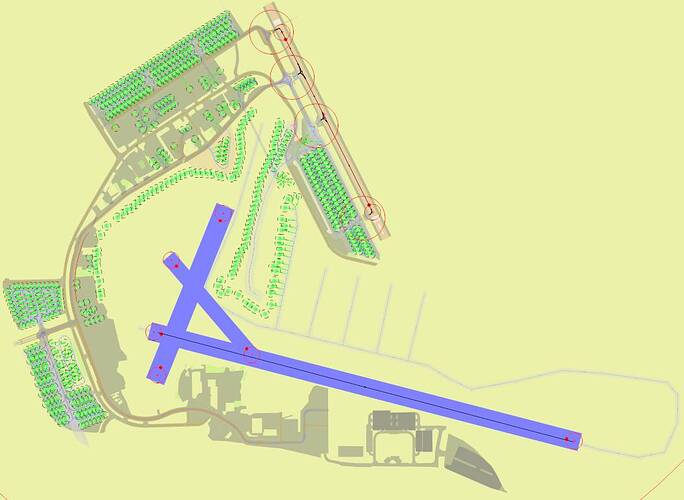 Hello here, a feedback has been logged for these extra features!

i will stop if it is good enough.(mine is a work in progress and probably for months)

The MSFS will NEVER be as good as yours — so Please do not stop developing yours.

BTW: Yours will surely HOLD THE RECORD for the most Real World number of parking spaces … that i itself is reason to continue !!

Just keep those airport vehicles out of the water !!! (inside joke)

i’m not so far from finishing what i wanted for a first release (everything but all with objects from default libraries).
Just a few commercial areas to finish, redo the elevation data because i had seen some elevation issues on the coast (not because of me but already on default MSFS sceney, i will fix this).
After that and a first release on flightsim.to, i will learn how to make custom building to enhanced it.
1056 parking spot (643 tie down and 413 dock for floatplane)

nb: (vehicules stay now on the ground but i was forced to delete links between water and ground taxi networks (the other solution is to put vehicule traffic to 0 !)

I would also add the following:

Very nice and needed! So badly needed, however i dont see lake spenard and ALL the parking around it and most of the traffic taxis to and takes off from the East shore there due to prevailing winds.
Thank you for what you are doing here!
Kind regards

Hi, after SU9 It seems water taxing is still in need of fixing. Tried default c172

Again, seriously of ALL the things that bug the hell out of me in this sim, it is the water mechanics. Absolutely horrendous. This game CAME with floatplanes, who decided to treat water like an asphalt runway??? Come on now, get this fixed.

Would be really nice! Can’t wait to try out seaplanes in the bush with a decent level of realism. Right now it’s just too unrealistic to even try. Hope water physics and seaplane dynamics get a major overhaul soon.

Hi, may I ask where is the list of seaplane improvements added to the backlog? I don’t see it in the list here: July 21st, 2022 - Development Update - Microsoft Flight Simulator (2020) - The AVSIM Community

I was told that Seb reviewed the list and was adding it to their internal to-do list, but not to expect anything until after SU10

I was told that Seb reviewed the list and was adding it to their internal to-do list, but not to expect anything until after SU10

Oh, ok. I guess it hasn’t officially appeared on the list that they send out every Thursday when they do the weekly update.

yeah, just as long as it’s on their radar, I’m fine with it…

I assume they’ll be busy with SU10 and the big update in November… as long as it gets addressed and not forgotten about. There’s getting to be a lot of floatplanes in game now - and they’re nowhere as cool or as fun as they are IRL

I was just reading through this and realized it was created over 2 years ago and still nothing. Nice

Apparently, the devs are still learning and trying to figure out ground physics to make aircraft behave even remotely realistically on the ground. Hopefully, float planes will receive the love and attention they deserve sometime in the near future.