I’m enjoying the carrier challenge very much, but I have to rely on the FLOLS UI because the object on the carrier is not visible until 3 seconds before hitting the deck.

I’ve tried terrain detail 400 and object detail 200, with the same result. Is there another setting responsible that I’m not thinking of? In 2D the FLOLS is visible from further away (better than in VR, could maybe also be visible sooner, but not sure how much help it would be that far out).

Btw. LRLS lights are perfectly visible in VR and 2D!

Here are two screenshots, one is with the FLOLS not visible yet, and one right after it poped up. 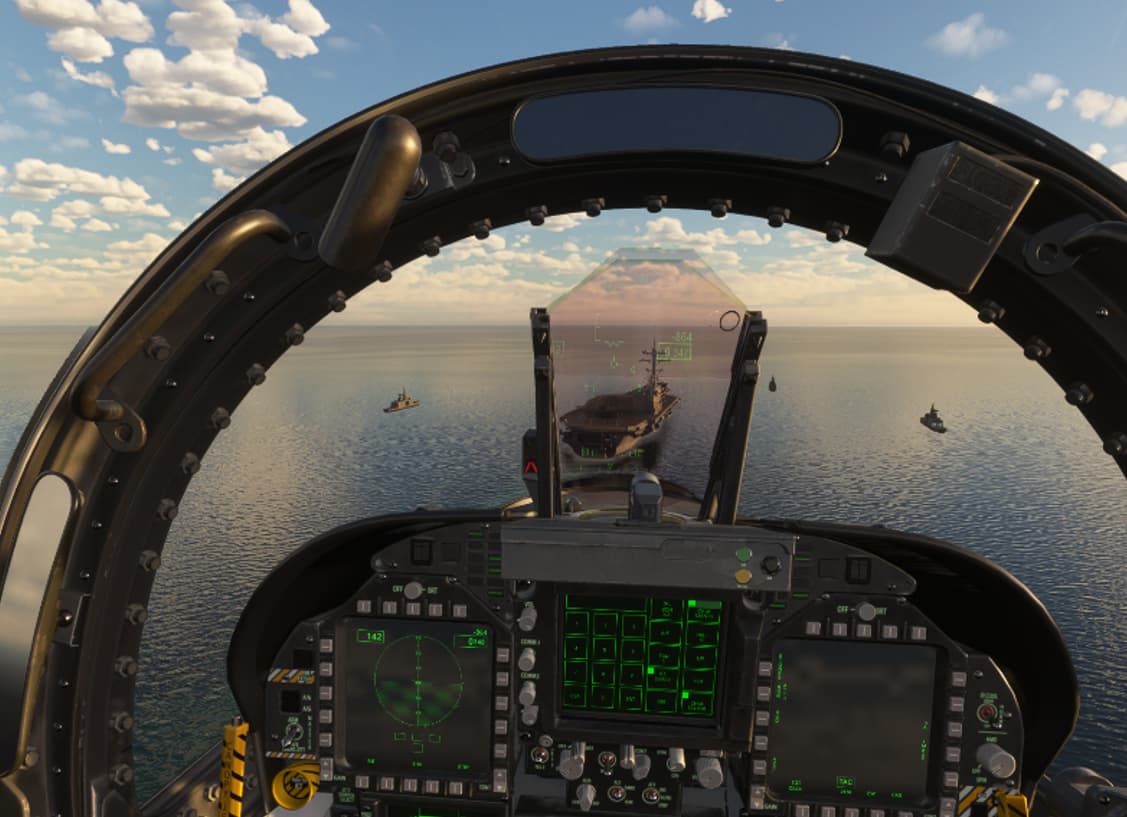 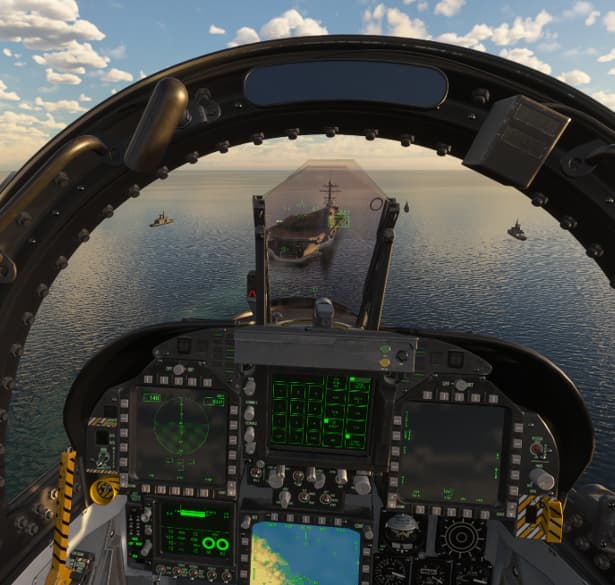 Sorry for the potato quality, don’t know a way how to take Hi-Res screenshots in VR
I’m using the Valve Index headset (RTX 3090 & 5800x if that matters)

It’s even hard to see in 2D. I use the heads up big one on the screen.

It’s even hard to see in 2D. I use the heads up big one on the screen.

true, depending on zoom and screen size the position of the ball can be very difficult to spot in 2D, but I guess they implemented the original size. But maybe it’s a also a lighting difference when compared to the real life device? Navy pilot insights would be very valuable, but probably hard to come by.

I noticed that if I lean back a little after recentering I can get the AOA indicator and the FLOLS UI in sight at the same time, but would also like to at least see the device on the carrier (the sudden pop up is also a bit distracting and pulls me out of the immersion)

same with my oculus rift cv1