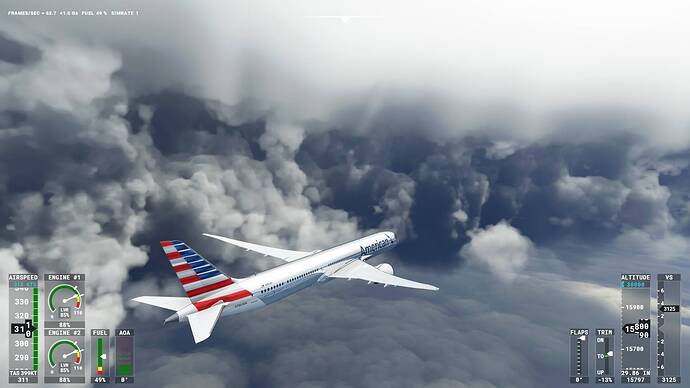 The more important question is. Did you make it out?

with great difficulty in an amazing clouds formation.

Check out Stranger to the Ground, by Richard Bach if you want a good story about flying through a storm.

Just flew from Block Island to Martha’s Vineyard in the C208. 45mph gusting winds with almost 0 vis. Flew the RNav 06 into MV. Not something to do in real world but I guess that’s the fun of simulation. Final was rough but the landing actually ended up fairly smooth. Quite fun.

I never get tired of the tropical storm and hurricane cloudscapes in MSFS. It was one of the first things I did when I got the sim last year, and I’m currently checking out Henri right now. I just rode my motorcycle through New England last week so I’m getting a special kick out of it right now. 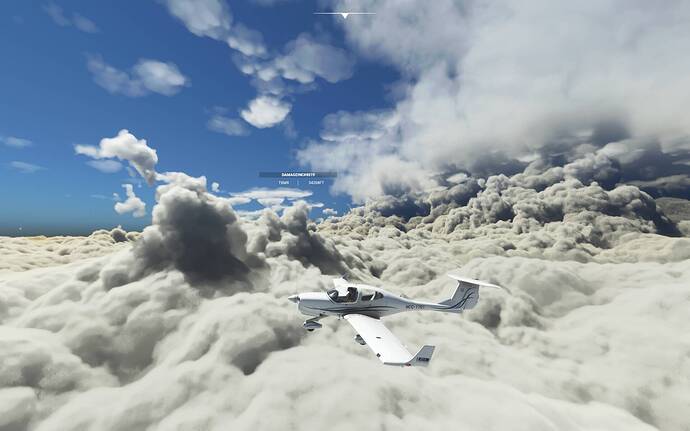 A small off-topic question; how do you get the FPS counter in your screen?

If you have MSFS on Steam, I think steam has an option to display the FPS

Enable developer mode in Options. A menu will appear…Oh that counter. NVM.

Thanks for the tip. I just jumped in VR and it was terrifying! NYC is getting clobbered right now. Almost as much as I was ;).

How about turbulence? Did you get any? Or nothing out of the normal?

Just flew into this off the coast, terrifying stuff.

Looks spectacular too. Tried to land at Newark and jfk but couldn’t, visibility was zero, lots of turbulence. I’d occasionally get a glimpse of skyscrapers as I attempted to scuttle to jfk. Ended up flying to Princeton low on fuel and made a landing. Edge of your seat stuff!!! 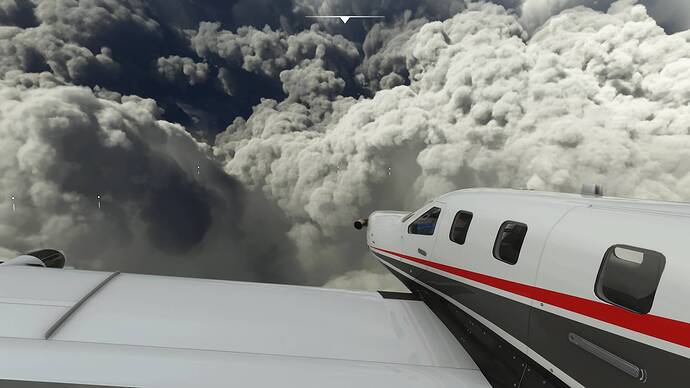 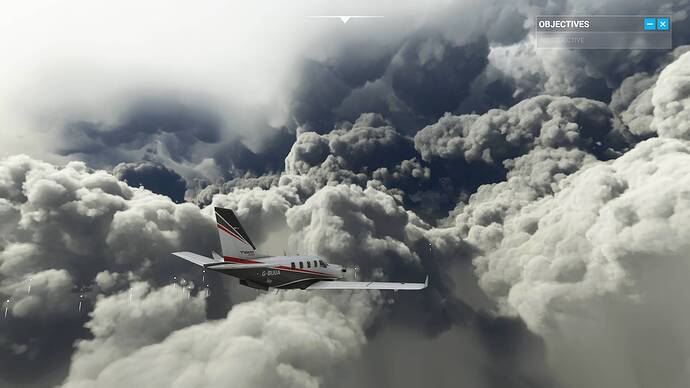 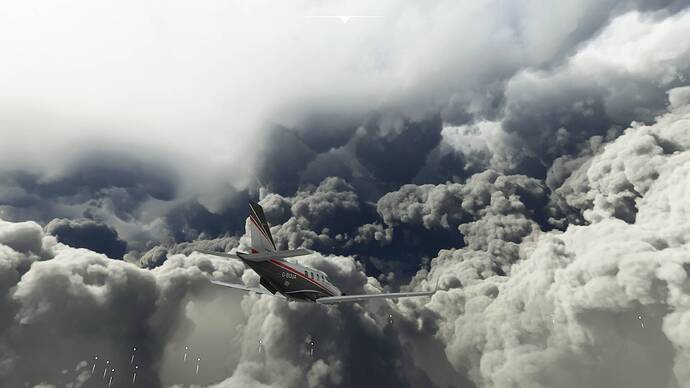 I flew into it, too, though I don’t have any screenshots. I’m very glad that I was experiencing the weather only virtually.

Nothing remotely realistic. You can tell, they survived

One of my best flights in X-Plane with Active Sky was when I flew into a storm. In a a second I got inverted and was fighting for a good 10 minutes to keep from hitting the water. Extremely satisfying.

Unfortunately, Asobo nerfed realistic storm weather intentionally because they think people will report real behavour as bugs. I kid you not. Said on multiple occasions and it still stuns me. To me it is like “we’ll teach people flying, but pretend it is always easy and safe”.

I am glad they did that,so at least you can still fly and adore the cloud formation.

Yeah, some people will like it. Few simulator enthusiasts will, we like the scenery as much as the next person but we’re in it for simulating a real experience rather than just the eye candy. In real life, my little aircraft got bounced around in normal summer thermals more than Asobos does in a full blown storm that would rip my wings off. It feels so wrong it isn’t funny.

I’d much prefer they put in a “Weather Realism” slider so it caters for both crowds. It kind of bugs me that they call it a simulator then intentionally break the simulation. Petty probably, bit it is what it is.

A small off-topic question; how do you get the FPS counter in your screen?

If you have an NVidia GPU, you can typically press Alt-R to display your FPS. If that doesn’t work, press Alt-Z and configure the overlay to display it.

Nothing remotely realistic. You can tell, they survived

Flying in a hurricane and surviving is quite regular and common, in real life.