Is foggy weather modeled in the game?

It is, but not very intuitive. I’ve had approaches in low visibility at least with live weather. If you want to create fog yourself, you have to fiddle around with a cloud layer in ground level.

Definitely is modeled. It’s been foggy in the Innsbruck region the last few mornings and this morning I left Innsbruck in very heavy icing fog up to around 12,000 feet or so.

it is somehow, not fully.

I got really dissapointed about the answer the devs gave to this question in the last Q&A. According to them, visibility is correctly represented in the sim. However, I’m still waiting to see something like this: [image] [image] [image] No matter if using a preset or manual preset nor the live weather, we NEVER EVER get any visibility reduction no matter what. Aerosol is not being used by the live weather and is not exactly what we need to get higer levels haze/fog. So I wonder how are we…

Is foggy weather modeled in the game?

The answer to this question depends on how you define “modeled,” and really traces back to two separate issues with the game:

1.) “Live weather” has been borked the entire time. While Asobo has attempted to fix a very specific part of it (wind injection), the actual implementation is still hit or miss in a myriad of ways. However, it is possible for the visibility at your location to be lower, and the game will attempt represent this which leads to number…

2.) Volumetric clouds in the game tend to really only be able to represent a cumuliform type cloud well. Fog is essentially a stratus cloud that interacts with the ground. I would argue that the entire cloud type (along with cirrus) isn’t modeled at all. Thus a huge problem for making anything resembling accurate fog (or cloud layers in general, or stratiform precip, etc etc etc)

So back to the question, if you think modeled equals a hit or miss visibility and using some cumulus shapes to bring it down, then yes - it is modeled. Otherwise, I urge you to post as many tickets to zendesk about the weather and clouds as you possibly can. Additionally, posting in the various forums here can also keep the issue at the forefront.

Looks pretty good to me: 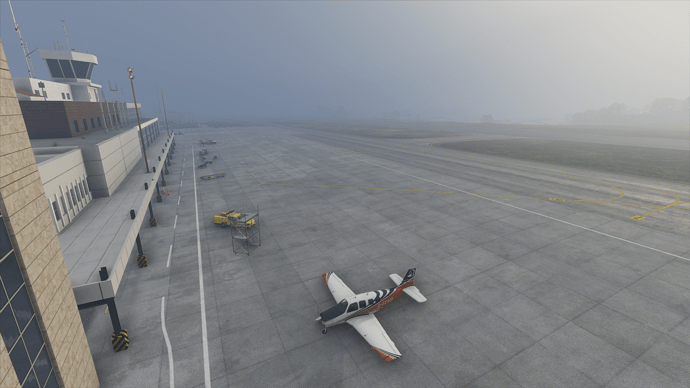 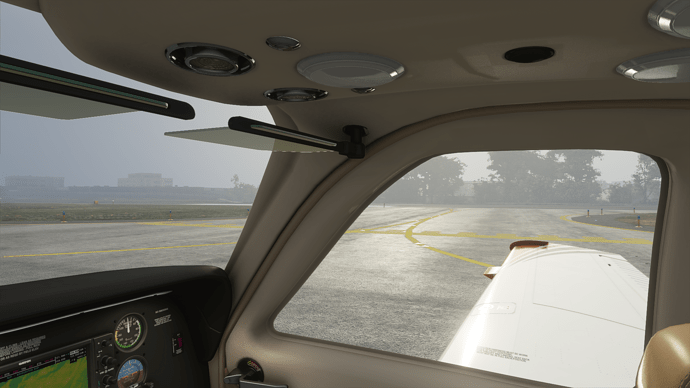 And here’s how it was modelled by the game - a thick cloud layer in the valley visible after I got out of it: 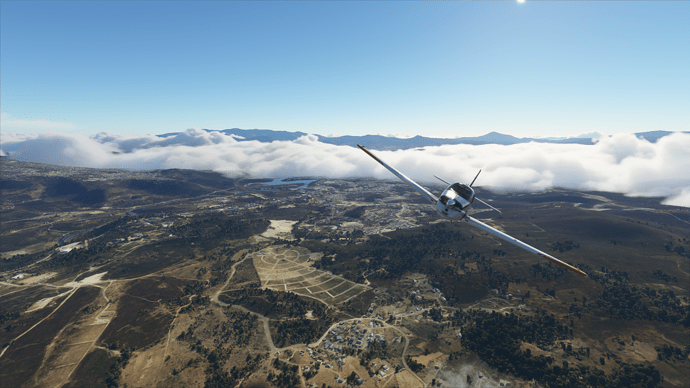