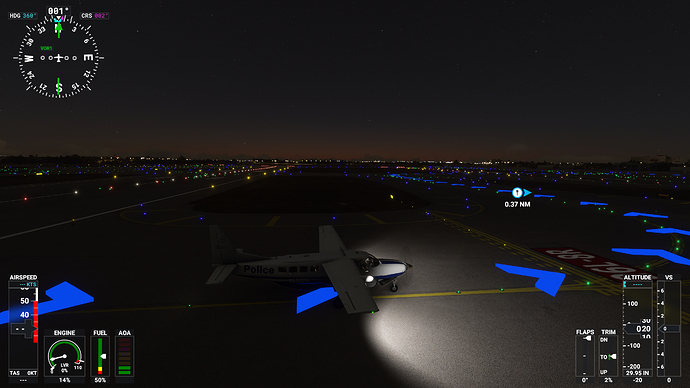 image2560×1440 2.93 MB
Lets just relax and take time in the 3 turbo props and 2 jets and practice our takeoffs and landings at these wonderful handcrafted airports. I must admit the scenery is great at some of these airports. The pic is KMIA at sunset which was such a beautiful landing and taxi. We know when the big boys arrive (PMDG) and others all this scenery will be in my jet exhaust because I will be in the clouds.
ConveyedEarth80 September 26, 2020, 4:32pm #2

Never mind. The ghost pilot messes with more than the lights in the GA aircraft. It now mess with power levers and turns main displays off even during takeoff. Did not finish flight. Will wait for next update before playing again.

I fly the Grand Caravan more than anything else and not once had these Ghost Pilot issues you are describing. Not saying it isn’t happening to you, just that it’s not universal.

You can say that about literally anything. Take Windows 10 for example. Been using it since 2016 and never had a major issue. But everyday I look at the tabloid newspapers in UK and according to them it’s the worst OS that ever existed in history and could blow your PC up and steal all your info any day now.

Never mind. The ghost pilot messes with more than the lights in the GA aircraft

I’ve read in many places that turning off all AI and multiplayer traffic, and totally disabling all car, boats, ships, airport ground vehicles and static aircraft fixes this issue. Just a temporary workaround

Did not disable anything but multi player and lowered everything else to almost zero. Cannot live without seeing at least a couple of planes at KATL, the world busiest airport.