The Brunner joysticks seem to work now. Just watched GamerMuscle’s video. He said that the Brunner Software thinks it’s talking to FSX. Super strange that the Sidewinder 2 FFB is still not having FFB (I checked).

Thanks for the news.Stoffel14.
I’m very interested in force feedback for msfs2020.

As mentioned in that FS-Force thread, simFFB works nicely out of the box as a temporary workaround if your priority for using force feedback is getting a realistic trimming feeling (Trim Up/Trim Down now actually adjust the joystick centering position to where you want it to be) 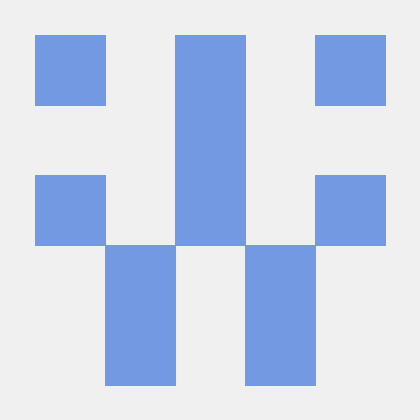 Contribute to joeyjojojunior/simFFB development by creating an account on GitHub.

I tested it with a Sidewinder FF2, in the DR400, which now feels so much more like the real thing. Night and day difference, I yelled out of joy after a few seconds

Caveat: simFFB is hard-coded to use the POVHAT on the stick, and does not update the trim indicator in the plane.

Thanks for the info. I’ll test it out shortly!

Can confirm it works. It is, like you already said, just for trimming. Still no force feedback still.
Thanks

Could this application work with a FFB racing wheel? Just by applying forces to the X-Axis.

The plane can act a bit funny at times with simFFB it will fight the simFFB trim cheat somewhat. But better than nothing.

The thing I don’t understand is, why there is no FFB out of the box for MSFS2020. If the code base from FSX is still there and all the plugins just tap into that, why doesn’t the simulator provide FFB itself? FSX did as far as I remember.

I don’t recall it having FFB working. I had to buy an add-on for FSX to get any action from my sidewinder ffb2.

I find it useful to reset simFFB from time to time (using the dinit button)
I thought at first that I could keep the POV hat left and right buttons for panning the cockpit view left and right, however I realized that simFFB was using it for rudder trim, which I do not want or need.
I did not find a way of disabling it.
I’d be happy to assign simFFB trim up and simFFB trim down to any other buttons than tbe POV hat, and keep it for panning the cockpit camera. That would require a bit of additional code, I guess.

Breaking news: a first version of XPForce for FS2020 was released today, and works nicely for me so far with a MSFF2 in the DR400 (remember to read the manual…)

[PSA] XPForce force-feedback will be coming to FS2020!

The first version is available to download! N.B. First version, may be rough edges etc. PLEASE try it out first, there’s a 10-minute demo on the free download.

I’ve found this tool which seems to cover all of my favorite force feedback functions and more should come according to the developer: https://directinputmanager.com/airforceplayer/

I’ve tried Airforce Player too: it works my Logitech Force 3d Pro, and quite well it seems. It’s also free, at least for now!

Thanks for the tipp. I’ll check it out right away.

To be honest I wasn’t impressed with XPForce at all. Coming from DCS and knowing how good FFB can feel in a plane, I felt dissapointed with this one. There was no feel of the wind gliding over the wing, just dull resistance. Not my cup of tea. Hopefully he improves his software, specially when you think about all the points that are beeing simulated on the wings. There seems to be so much more potential.

I found this at the FS Force Forum who linked it.
After a few tests, I am very satisfied with this. It is also very surprising that it has this much functionality even though it is still in the development stage.
I’ve found some problems and I also asked for a function and reported them(but I haven’t received a reply yet)

Also I’m thinking of finding other problem and letting there know.
It’s not like run should do MSFS together like XP Force, it’s an independent execution.
Therefore, even if the Airforce Player program is closed with CTD due to a problem, it is only necessary to run Airforce Player again.

If there are fix some problems, and add a few features, I think this program will be the best Force feedback application for MSFS.

Intriguing. Could any one of you elaborate on what Airforce Player does (or promises to do in the near future) better than XPForce, apart from

Another one for the community:
I thought a bit late of asking about FF joysticks for the Dev Q&A yesterday (the question list had been closed at that point)

Did I miss any of these point already being addressed in a previous Q&A, interview, or communication?

I’m actually, very satisfied with XP Force than Airforce Player.
I just was angry yesterday when I tested the beta version and found that nothing had been fixed.
I feel like this is something just putting the 1.0.9728 version again and I can’t see anything changed.

Yes, that’s only Independent execution was the best for me, If I had a CTD, I wouldn’t have to run MSFS again.
But Also, the stall vibrations worked as well with Airforce Player for me.
I Just liked these more than anything else of XP Force.
Of course, XP Force still has a lot more functionality than Airforce Player and XP Force is already has a stall function, but it just doesn’t work for X-Plane 11 or MSFS.
I don’t know anything about whether Airforce Player will continue using for free or whether it will be a paid program.

XP Force and Airforce Player are very different ways to set it up.
For Airforce Player can set the force for each desired speed of elevator and aileron, just like FS Force 2.
For XP Force can set the main setting is to control the strength of pitch and roll.
There will certainly be a limit to adjusting the speed perfectly by adjusting it.
There may also be some people who prefer to set up like FS Force.

I haven’t received any answer from the Airforce Player developer yet.
Also I can’t log-in to the forum of there.(I have created a forum account, but I can’t receive an email confirmation with a link to set a new password).

Today, I tested the #5 Patch of MSFS with Airforce Player today, It’s pitch moves crazy when did touchdown.
the reason is that it moves like crazy after touchdown. From #5 patch update!

PS : In fact, I don’t care about anything for best(XP Force or Airforce Player) do Force Feedback for the MSFS, but I am just very hope MSFS will support Force Feedback soon!!! and It’ll be the best!!!

Thank you for this extensive feedback!

I gather from it that there is not much for me to expect from Airforce Player now or in the near future. All the more given that XPForce never CTDed on me, which means I’m not actively looking for independent execution of the two programs.

XP Force is already has a stall function, but it just doesn’t work for X-Plane 11 or MSFS

[PSA] XPForce force-feedback will be coming to FS2020! Peripherals

There’s a beta download available at https://www.fsmissioneditor.com/downloads/ (on the “Beta” tab) which fixes a couple of minor problems - pitch exaggeration was being used for roll, and the stall-warning never triggered. If this seems OK I’ll put it out as a general update.

Yeah it’s not that big a deal. At least, it is working! and Yes! That’s it. I really wanted to try the stall function.
But also, Roll Exaggeration It has to be fixed.

I’ve been waiting for FS Force, but I haven’t heard from since August 23.

Have a nice Friday!