Frankfurt/Main (EDDF), is missing approach for runway 36, doesn’t show up in any of the configs ie, vfr, low altitude jetways or high, doesn’t matter. In the flight planner this is from Helsinki Vantaa (EFJK) to (EDDF). There is no Vordme approach, ILS or RNAV, it just doesn’t exist. Unless I am missing something this is a missing runway from the planner. This is in the NEO btw. 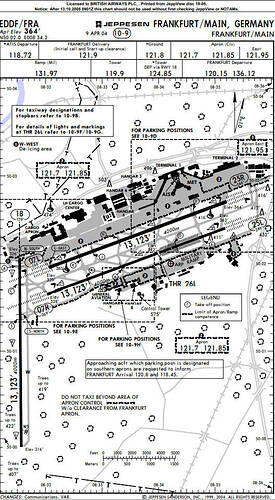 The opposite end of runway 18 is 36, the flight plan gives you 36 as well as showing as 36. Only thing I can think of as other diagrams on google show 36 is that it’s been decommissioned as an approach runway but I doubt I it as runway 18 is still in use. If this is the case then the sim shouldn’t even have it as an option. Update!! Ok, I googled why 36 is available but why there is no approach, the info available says that runway 36 must remain inoperable at all times. So the sim should reflect this as well and not give it as an option, so prob just needs to be updated.

It’s not decommissioned. 36 was never in use at FRA.
I don’t think that there are many airports worldwide where there are runways without a designator.
This would require manual edititing which Asobo doesn’t do, it’s the same with the offset localizer bug.

Do you have a link where it says that runway 36 is available?

Btw. 18 is not available for landing. Hence no STARs or IALs.

Yeah it’s fine, just for those like myself that didn’t know that runway 36 wasn’t in use if could be confusing to new players who don’t know. Just odd it gave me that as an approach. As I stated I read an aviation page that said runway 36 is not to be used. It is shown on old charts but not new ones. Again it might be confusing to new players who are not familiar with charts and approaches and not understand why the sim would give you it as an approach with no data. Anyways appreciate the insight and will leave this post up for peeps who don’t know (Such as myself in this case.) or new peeps who might think the approach is missing. Cheers!

Nah, just the sim gave me 36 and until I looked it up online just confused me as to why it gave it as an approach with no info. There are old diagrams with it but new ones don’t show it. All good!

There is no RW 36 and RW 18 is only for departures, not for landings