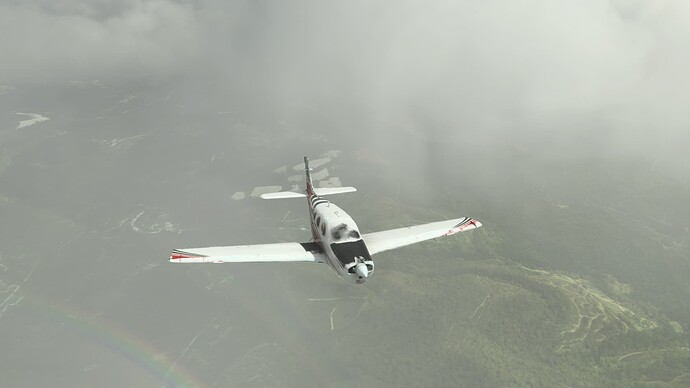 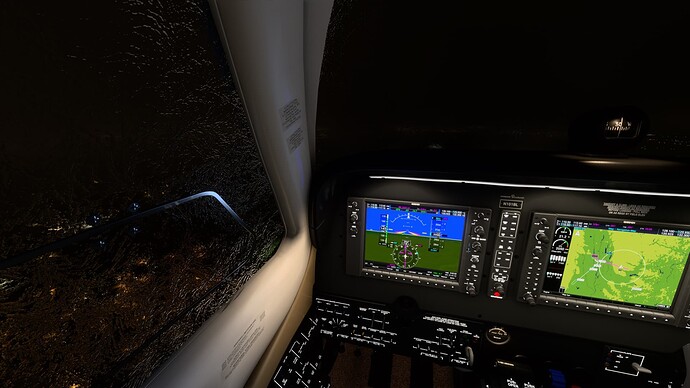 How can I de-ice the windscreen and side windows on the Bonanza? I had pitot heat and prop heat on. Also turned on all the switches I could find that said heat! No of that ended well!

Just as in real life, the only way is to descend into warmer air, or hope that the sun melts some off.

You’ll probably find that the Bonanza is not rated to fly into icing conditions, like most lighter aircraft.

Ok! I had no idea at the time! Once it got dark I guess I didn’t stand a chance m! It was last month when I did that particular flight from KCHO Charlottsville VA to KTZR Columbus Ohio. Live conditions on Xobox Series X.

Just as in real life, the only way is to descend into warmer air, or hope that the sun melts some off.

You’ll probably find that the Bonanza is not rated to fly into icing conditions, like most lighter aircraft.

It is possible to turn the effect off in the settings if you’d prefer. But now you’ve learned something about aviation! Sadly, this has killed many pilots in the past.

If you were flying in clouds below 0C that can happen. I know the improvement project bonanza has a working defroster.

I walked away on a long flight to Greenland, hit clouds and then noticed the AP was struggling and airspeed was down to 110 knots! The wings had gotten some ice.

I was able to drop altitude and eventually recover. I don’t know if I’d have been able to de-ice like that in real life.

Icing conditions is below +10 degrees C in visible moisture (clouds, fog, rain etc), or even splashes from puddles or spray from the runway.

What does that do in a Bonanza?

You can actually map ALL the Anti-Ice controls to a hardware (key or controller) function and it will work in the Bonanza, even though those systems do not exist. I do it all the time. It’s the only way to make it viable as a world tour aircraft with Live Weather. You already have Prop De-Ice as a virtual control in the cockpit. I have a three way switch I set for the major anti-ice controls - WIndshield Defrost, Prop-Deice, Airframe De-Ice. There are other more estoric and plane-specific controls like Engine De-Ice, but when I’m flying those planes, the VC controls exist.

What does that do in a Bonanza?

De-Ices the plane. Not realistic but I fly the default Bonanza almost exclusively.

Okay, so not a Bonanza feature but something the sim allows for.

When I dropped altitude, was it realistic for the ice on the wings to dissipate? I was over 150 miles from any airport over the ocean at the time!

Remember, ice is most prevalant in a specific OAT range (I believe +7 to -20 C or so?) and is made even more likely if you’re flying into precipitation (can be clouds, not just active rain/snow) in that OAT range.

So, yes, one of the immediate action items is drop down out of the precip, if you can, or down to a warmer temperature range (which can mean lower altitudes) or both.

That’s why the OAT reading on the PFD is very useful. We often glance past it, but if you’re operating a long-range flight over especially Live WX, pay attention to that and what’s happening outside in precip.

Thanks to all of you who have replied! Getting a lot of useful information here!