FS2020 VR is Rubbish compared to other VR Apps

I’m not sure about DX12. I am no expert there but it sounds like different people’s systems will benefit differently from what they said in the Q/A and other more knowledgeable people’s info. If they have to improve optimizations while getting it to DX12 for the xbox version, that hopefully will also improve our side as well.

Do you have any idea of why I am getting 2 images on screen and Quest 2 when playing MSFS or Aerofly FS2 on Quest2?

Two different platforms, two different types of performance. I don’t mean to sound insensitive, but it is what it is. MSFS is its own animal.

Yeah, I’m also kind of stumped on the benefits of DX12 vs 11…Although everyone seems to be waiting for it with baited breath. I’m more excited about getting a 3090 in a month tbh.

You don’t mention your CPU and memory, both of which have a lot to do with MSFS VR performance. I have a 2080 Super, i7 9700K running at 4.9 GHz with 32 GB ram, and after much tweaking mine is running very smooth at ~30 FPS. I have a Valve Index & the Steam version of MSFS, and it currently looks great, runs great & almost no stutters.

For me the key to eliminating stutters was making sure Windows HAGS & Game Mode are both OFF, running the SteamVR 1.16.x (beta) branch, and most importantly making sure that MSI Afterburner is not running. After that I just tweaked my FS graphics settings to get my preferred balance of eye candy vs. performance. I have not had to sacrifice a ton in terms of eye candy.

I highly recommend that you check out these threads which were extremely helpful in finding the right overall configuration:

VR Bang-For-Buck Performance Guide: What each setting does in VR, and how it impacts your framerates. Introduction: Hey folks, I’ve done some test with VR to hopefully help some of you get the best bang-for-buck. I’ve tested all settings listed under the VR Graphics tab, and I hope that this guide will be able to help you improve performance! Disclaimer: The VR mode in Microsoft Flight Simulator 2020 is still in active development, and the findings displayed in this thread are subject to be i…

I am also surprised by performance in normal mode. It is a pity this is not the same in VR. I have been trying to get a RTX3080 since early October last year! I did pre-order and paid for one then, but 2 months later the PC company cancelled my order and gave a full refund! Many did get their orders, but I was unlucky? Still unable to buy or pre-order one, its hopeless. I’m sure the supply problem is much worse in UK, because of the brexit transition?

i actually stopped using the oculus tray tool, ( or just went with the default settings
). With the latest NVIDIA driver, doing that seemed to decrease the stutters quite a lot.

I have also noticed that performance is worse when there is snow depiction on the ground.

The other day i had a beautiful VR flight right around the island of Honolulu and it was a delight. No (or minimal) stuttering. Its better if you switch of Bloom, lower the AMbient lighting, reflections and windshield effects. Render is about 100 or 110 in VR. AA is around 4x.

True, close details like the gauges are hard to read from far, you have to zoom in, but still acceptable. I hope they can keep improving on VR , and am eagerly waiting for the coming update this week to see if performance/ quality has improved in VR

I don’t know what your problem is? I was not quoting a fact, just our opinions. Yes, the Quest 2 is better, but we both agreed there is not a huge difference. With your sort of attitude maybe it is best not to waste any more time on the forums. And Goodbye to you!

Set Graphics EVERYTHING OFF or LOW, all network DATA OFF, and these:

this is baseline with a sharp cockpit, and it ain’t that bad

(the soup occurs when you set TEXTURE RESOLUTION lower than ULTRA).

Problem of MSFS is on CPU side, not on the GPU (I have the RTX3070 OC and i7 10700K OC 5.2Ghz, 32Gb 3200Mhz, Oculus CV1).
4 days I’m working on this : I can reach 90fps in my Oculus CV1 render scale 100% texture ultra and all other settings at low or off, without ASW kicking (no retroprojection), with the right plane, any one with analog instrument, like DR400, or XClub, or the “CTS ultralight” (can’t remember its name), or DCS-15 with analog instrument, etc., and the right place, E.g. UT25 Monument Valley or Courchevel in France, somewhere without heavy photogrametry.
I lock it to 45fps ASW ON to get headroom. It’s more or less perfect (with some stutter) e.g. at UT25 with the old DCS-15 with tons of analog instruments, 45fps stable, CPU low < 50 each cores and GPU 75% usage. And it’s awful with any modern DCS-15 version, just because the 3 display screens panels: CPU and GPU 100% and fps 18.
Nothing to do with graphics, only CPU. To reach the 45 fps ASW ON I even had to use (and I hate this) Process Lasso to separate the OVRServer program (oculus server) from the flight sim as both where sharing “smartly” the 2 sames physical cores.
The way CPU is handled is pretty bad. They fix that, we have a winner.

It was for the test to reach 90fps. Actually I’m with render scale 80% TAA (no less for CV1) and SS 1.7 in Oculus Debug Tools. More sharper image, same fps (45 locked) than render scale at 100 alone.
Edit : I’ll do a more complete report when I found the courage, tired for now, it was 4 days with low sleep really epic).

It’s a mess here in the US too. The only cards I can get are tied to complete computer builds, and none of those meet my needs, so it’s a waiting game extraordinaire. My hunch is by early March we should start seeing some more availability- but who knows…

ugh. I may have to buckle and get a 2080 to tide me over. Actually I did that with the 1070 while waiting for the 1080 backlog to clear. I wonder if they do this stuff on purpose sometimes…

If you’re in the Uk following stock informer on discord is a good window to open your chances. I’ve managed to bag 3070s, 3080s, 3090s for friends and myself.

Well I now have a 30 series gpu but was able to play in VR even with the 1080ti I previously had and it ran on. Just not at pretty and that’s on a reverb G2.

I’m fine with this 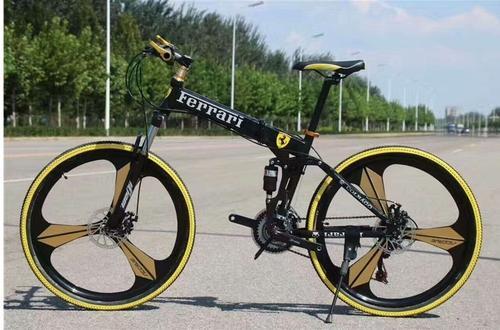