Good afternoon Simmers from the UK.

In additional to the ATC thinking everyone is at an incorrect altitude which I know has been discussed… Does anybody else have the following issues with Live AI Traffic since SU5?

Plenty of aircraft around at airports like LHR, and after being parked for a an hour or so dozens of them appear with callsigns labels etc at the Airport but none of them ever call for IFR clearance or even ever push back and make it to the runway, but I have dozens of flights come in and land? Basically, nothing seems to be able to take off. I sat at JFK for 3 hours the other day and nothing departed but over 50 flights landed.

When AI Traffic aircraft do land, they come to a stop, then taxi to the end of the runway, essentially blocking the runway for a good 3 to 4 minutes.

When an aircraft does land, sometimes 2-3 seconds later it ‘disappears’

I know the live AI Traffic is not important to many people but for me I absolutely love it, I’m not a fan of platforms like VATSIM. It’s great when it was working!

Would love to know it’s not just me having these issues!

Yep same problems, and not just in the UK, I’m at EHAM currently and it’s madness, planes landing in all directions.

Actually, ‘good’ offline AI traffic is valued by most of us who fly airliners, as well as yourself.

Third parties cannot provide an AI traffic addon as the necessary files are now unavailable to them. Aerosoft have shelved their AI traffic project and AIG seem to have disappeared.

Hi,the current ATC in this sim needs a GROUND UP REBUILD.I dont want to use vatsim or atc that relies on voice to comunicate(after 12 hours of work,having to talk to ANYONE is a chore).I had a certain issue with ATC in FS2004,and guess what-THE SAME ISSUE is still there in 2020.A fully modern ATC system would require thousands of hours of work and I guess they are not willing to hire the manpower.

After the latest round of updates, AI Traffic still can’t take off! Call for clearance etc. AI Traffic can land or its still flying around whenever you enter new airspace etc but at Airports it can never depart. I sat idle at LHR/EGLL for a good 25 minutes to get this screen show which shows live traffic that should be departing…

The Airport experience is better when traffic is departing as well as landing! 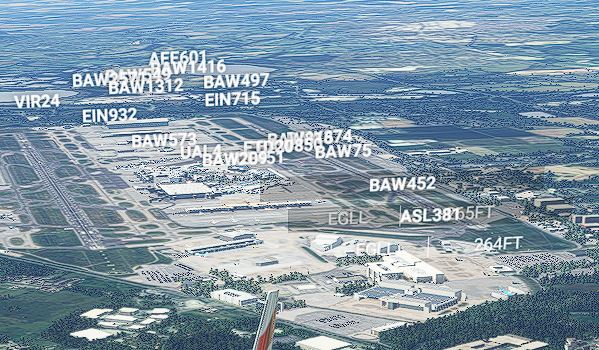