do you have any HW as knob control or you still use in sim mouse control of knobs? Because in case of mouse, you have also problem with bumpy and mouse to be precise at knob positions

But, then again, in the sim, I also find pressing buttons a challenge and like spinning my mouse knob better there, too, especially in VR where I have to close one eye to figure out where to press.

ok you catch me…

For some reason, I’m unable to push either the left C/V switch or the right CRSR switch. Any ideas why? 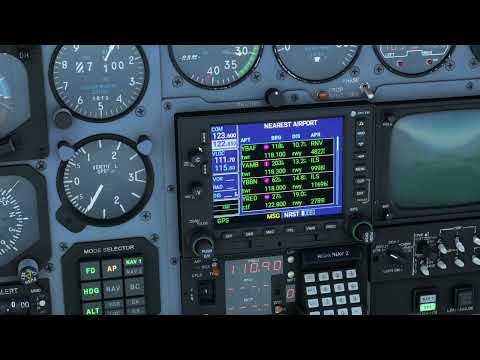 This is because the cockpit interaction system option is set to LOCK. In this mode, to click the knob, you must first hold down the left mouse button while clicking the right button.
Or switch to the legacy mode.

Perfect. I knew I must have been missing something obvious. Cheers.

New issue for me. When I load an approach, the FLP page propagates correctly, including displaying all relevant data fields such as DTK/DIS/CUM. When I activate the approach however, the data is removed, and the active waypoint remains prior to the approach, unable to be changed.

Is this a bug, or user error? I’m very experienced with real GNS units, so maybe I’m missing a FS specific step? 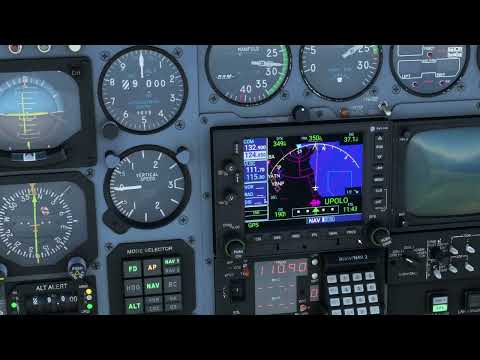 As real epxperienced user you can tell us how it need work.

I see system is working like this, after you select and activate app aircraft start follow route to iaf, no app still in progress. After passing iaf then fpl started follow app list, now you see only some kind of direct to iaf arrow inside fpl. If you initiate app all other fpl waypoints are ommited and fpl set route dct to iaf, this is now working system and from your video is clear that. How it then need work irl?

In simply way in this functional system you don’t need activate app till not reach iaf, aircraft will follow actual fpl, only after that iaf or leave sim initiate app automatically after reach iaf. Simply with my command Activate approach means approach start so to iaf direct start for first, then follow app list. I see this system as ok.

eeeehm forgot to say, this has nothing to do with gns addon probably, it’s sim system.

The below video of the exact same approach, using P3D and the RealityXP GNS530, which itself uses the real Garmin Trainer as its software base. 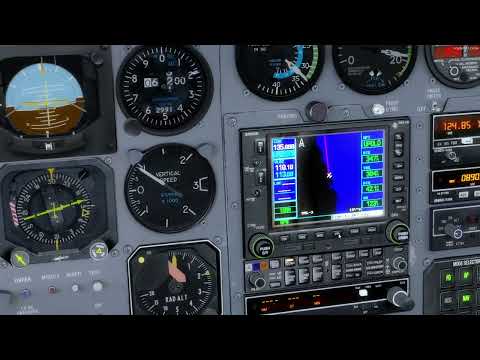 The MSFS GNS530 works slightly differently, as displayed in my post above.

with activate app the iaf from app list is need to be highlited. This is sim bug not gns. I see this like some cosmetic problem. Is your app working correctly at that situation anyway? Also agree with activated app time, as I said this is actual functionality and is ok (as what is happen) but still with some bugs.

Yeah, it works per say, but it never populated the data fields, DTK/DIS/CUM, even after overflying the first approach waypoint. This is information I find really useful, and would like to figure out how to get it displayed, either once the approach has commenced, or preferably, as soon as it’s activated.

to me after activate app, on main screen all data as Trck, Dist, Ete and other are all ok. Specific inside screens/pages are maybe then sim or addon depended, don’t know which one, hope Scorp will reply.

What about the data on the FPL page? Is this still WIP?

I use the FPL page cumulative distance to help calculate an accurate TOD, based on miles to run to the destination. Especially useful when flying DME Arcs, as often these leg distances are not published.

To dme arcs, I’m follow dme equipm or distance data from Nav1/2 set so no here inside f.ex. gns.

I understand it’s easy to use other instruments to monitor DME distances from the station, when flying arcs. Where the GPS FPL page data becomes useful, is in giving you the track miles to be flown between two different radials on the DME arc, especially as these are not normally shown on approach charts.

I guess I’ll have to keep calculating this myself, using the rule of thumb:
Number of ° per NM = 60 / DME Arc radius.

If i can little bit open again,

technically, to say activate approach starts approach seq is maybe not correct because approach can be still no in progress, as i said before, imagine you activate app 80nm before airport, hard to say you’re on ils app rwy xy. On your fpl is iaf inserted as lets say normal waypoint and then added app with same iaf. Here maybe i expect that you’ll do test without that normal last fix but after previous point just load and activate app, also there is bundled option to do this together as one command. What will happen? I see this test as not standard, also not app start but is logical in some cases. Again, to me app starts after pass iaf or after atc clearance, no after app activation.

I understand what you’re saying, and it does makes sense. But it is not how the real world GND530 works.

Obviously you won’t be considered to be ‘on’ an approach per say, until you pass the first waypoint, ie the IAF. However, don’t confuse your actual position and whether the approach has been ‘started’, with the activation of a mode in the GNS. In a real 530, activating an approach does exactly that. It bypasses any additional waypoints on the flightplan, and will give you a direct-to, to the first approach waypoint. Again I’m not arguing with your logic, just explaining that despite this, it’s not how a real GNS unit works.

As for including the IAF in the original flightplan, this is very normal, and happens quite often. Airways, or even an ATC vector, frequently include or terminate at an IAF. This means they can often be included in your filed/cleared route, and should be loaded into your flightplan in the GNS. This is not a non standard scenario, and in no way affects what happens once an approach has been activated.

Anyway, this entire discussion began because I was asking how I could populate the data fields on the FPL page after activating an approach. After hearing back from the developer, this simply hasn’t been implemented yet. So at least it’s not user error causing this to happen

I have installed the mod in the community folder but I don’t see any difference with the Carenado PA44 GNS530 in the plane. Any suggestions?

Not to be flippant, but if you can’t see any difference you don’t need the mod.

Check the installation in the content manager by searching for “pms50”.
Post a screenshot of your GNS530 map page.