want to start a topic about adventure flying in the Americas - Hollywood did it so we can do it:

American Made is a 2017 American action comedy film directed by Doug Liman, written by Gary Spinelli, and starring Tom Cruise, Domhnall Gleeson, Sarah Wright, Alejandro Edda, Mauricio Mejía, Caleb Landry Jones, and Jesse Plemons. It is inspired by the life of Barry Seal, a former TWA pilot who flew missions for the CIA, and became a drug smuggler for the Medellín Cartel in the 1980s. In order to avoid jail time, Seal became an informant for the DEA. The film was first released in Taiwan on A...

If you are a law abiding citizen and feel uneasy - switch sides and go in as a DEA or CIA pilot - “its not a crime if you are doing it for the good guys”.

MEXICO- the treasures of the Sierra Madre

beautiful landscape up to 10000ft - and mucho drug cartel activity.

High density of default & difficult dirt strips, DEM well rendered. You are encouraged to look on Bing Maps for more clandestine airfields not in the sim - there are plenty…
Also lotsa suitable country roads, forest clearings, river beds to land on to spice it up.

dr_mex_1.PLN (3.4 KB)
Fast, 7 stops warmup roundtrip in the mountains behind Culliacan
shortest runway: 800ft - some strips with a Lukla-type stopper rockface, so choose your aircraft carefully.

Psst, if your carrying contraband your flying to high lol 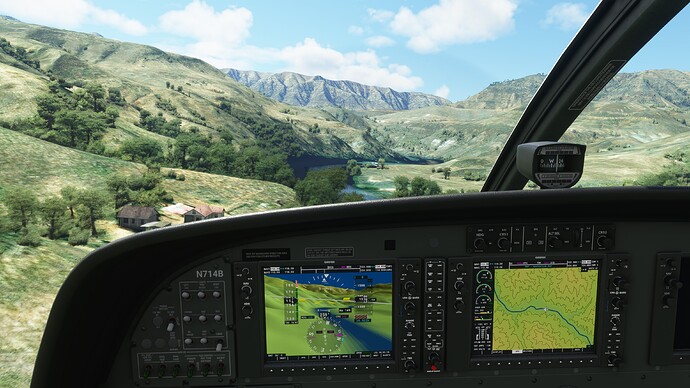 You need to get down below the mnts to avoid detection.

but we will come to treetop-skimming indeed when getting closer to the US-border!

Dont forget to put on Stephen Stills ’ Tree Top Flyer ’ when you do lol.