I noticed in last year’s (December 2020) X-Box trailer, and on one of the artist’s Art Station page, there is a handcrafted Griffith Observatory Model, but in the actual sim (with the USA Update installed), it’s only Photogrammetry.

I wonder what happened, did they forget to add it? Maybe it’s coming with the X-Box code merge? 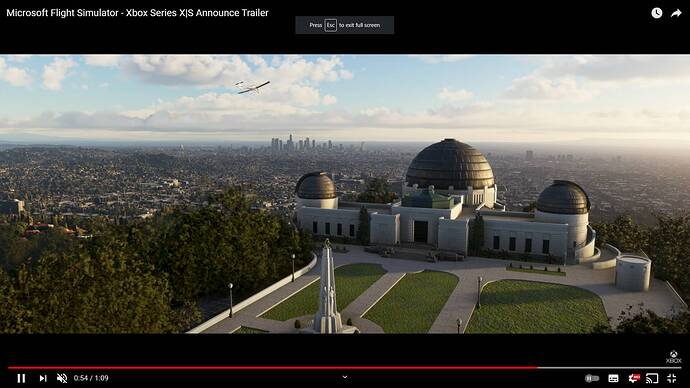 And in the sim right now (with USA World Update installed, I double checked) 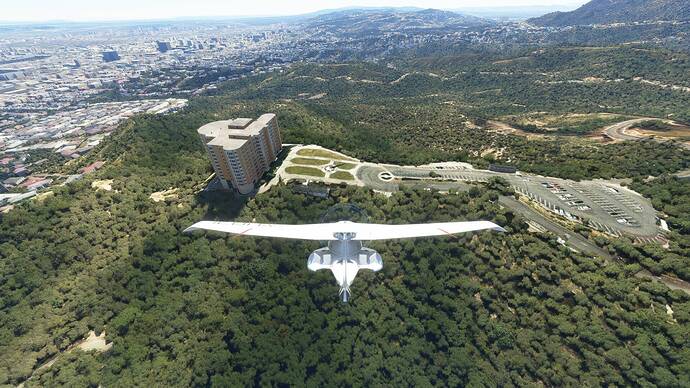 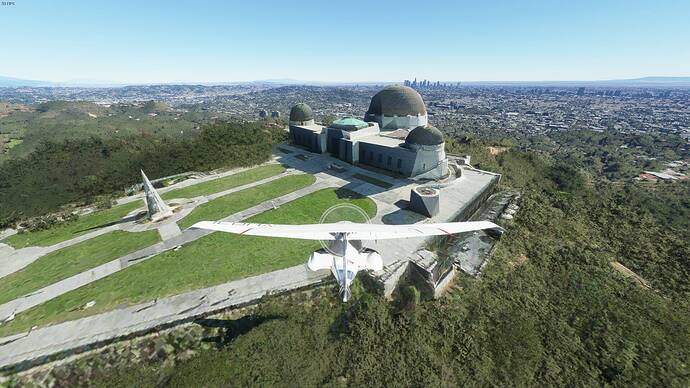 double-check that you actually have the USA world update downloaded and installed from the in-game Marketplace.

I said I did in the post. I even double checked before posting. All the other landmarks are there.

I don’t think it’s actually in the update, they might have forgot it or something.

It wasn’t there at launch of the USA Update either.

heh, nobody has ever released a home GA/commercial flight sim for a console either, so who knows

I don’t see it in the release notes for World Update 2.
Do you have a link to the Xbox trailer where it was shown?

From the screenshot above, it’s the Xbox Series S/X support announcement trailer, not WU2.

Ahh, thanks, 2pt font on my phone!

Thanks, yeah, didn’t think it was a World Update 2 trailer, but it’s definitely the most plausible time that it would have been added to the sim.

Yeah it’s at the very end of the trailer.

This reminds me of GAT V.

Well Los Santos was based on Los Angeles and the surrounding area and has a copy of the observatory.

Hi there,
It looks like the Griffith Observatory is now in the sim. I don’t know if it got added with the Xbox release, but here it is now: 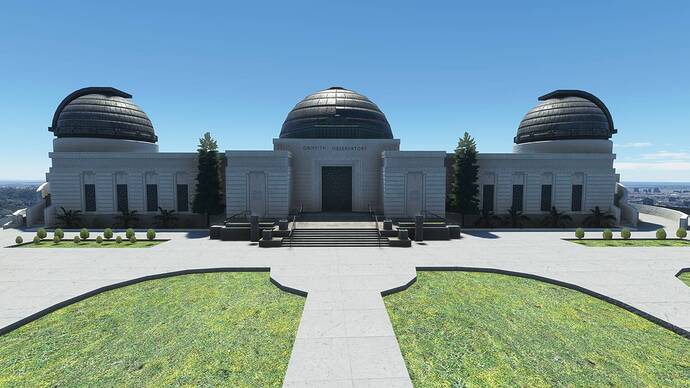 I’ve moved this to our Resolved Bugs category.