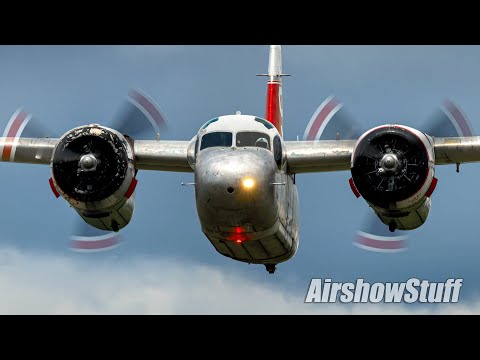 Just a request folks. Please keep in your thoughts, prayers, or just good energy, the people in BC who have lost everything in fires the last few days. Heat in the province has broken records, in one case almost a whole village has burned to the ground. (Lytton, BC). Fires are threatening other towns too. You can even see the fire bombers on FlightRadar.

Ps… I think the implementation of fire bombing operations would be a fine tribute to the pilots who operate this courageous mission in real life.

Should of made it a votable topic, I would like to see a fire fighter scenario in this game as well, every year Calif. burns and it would be one of those tasks that would give people ‘Something to Do’. Could you imagine multi player firefighting … that would be quite interesting.

But hell I would like to see crop dusting, and so many other things added to this game.

The entire western half of our continent is facing this deepening crisis - year over year matters are worse. This is a defining moment for humanity.
Inspiring young people to join the fight in any capacity is a critical piece.

You Can do search and rescue already with NeoFly. My first SAR flight was to find a bus that had gone off the road into trees. And on my first mission to drop a doctor at an accident scene, I landed beside an overturned helicopter, complete with fire truck, ambulance, and personnel on the scene. An excellent addon.

The effect would be easy. Back in the FS9 days, someone took the stock airshow smoke effect and gave it a few modifications. First was to add weight so that it would fall to the ground. Then it was recolored red and given a nearly indefinite lifespan. The result was a red suppression slurry that you could drop once, then come around, line up next to the previous drop, and lay down another pass.

At my request, XML guru Rob Barendregt wrote an invisible gauge for me that activated the smoke system when two conditions were met - brakes on, and plane not on ground. This meant that on the ground, my stick’s trigger worked the brakes, and in the air, it activated the smoke system. I used it on several planes, including a couple of Air Tractors from Brian Gladden. I doubt something like that could be adapted for the new sim though…

I thought the smoke/spray concept was already utilized in that crop duster that became available for MSFS about a month ago.

I think the implementation of fire bombing operations would be a fine tribute to the pilots who operate this courageous mission in real life.

Here is a Wishlist topic for that:

This is by no means a needed option this close to release but as someone from Northern California it would be a lot of fun to have fire fighting missions. This would be awesome to have in the next year or sooner (3rd party) Before that happens we would need proper aircraft such as the bronco, SR2 tracker, Ericksen tanker (md80), and the super 10 (md11)

Should of made it a votable topic, I would like to see a fire fighter scenario in this game as well

There is a Wishlist topic for this. See my post, just above this one.

Can we ask for a brand new category in the Activities section? Aerial Application / Crop Dusting. Since this release of MSFS is based on real satellite imagery of the world, I am sure that most of the fields that are sprayed in real life, can be used as well to spray as an adventure activity in MSFS. Then using techniques like showing grass when getting closer to the ground, show the crops instead. Add a new property in the Scenery Editor of the Development tools to mark an area as a field an…

Search and Rescue mode would be cool too

Would be neat to use ADF gear and so on. Night vision. In mountains. Over water. Watching for flares. Goals can be to just fly over, or maybe have to land nearby then take off and return to airfield. Ambulances at airfield. Great work Asobo et al.!

Thoughts are with you and your countrymen mate……from an Aussie living on the South Coast of NSW.
Your right, it would show respect for those brave souls risking their lives….and regretfully, some of them losing theirs.
Stay safe