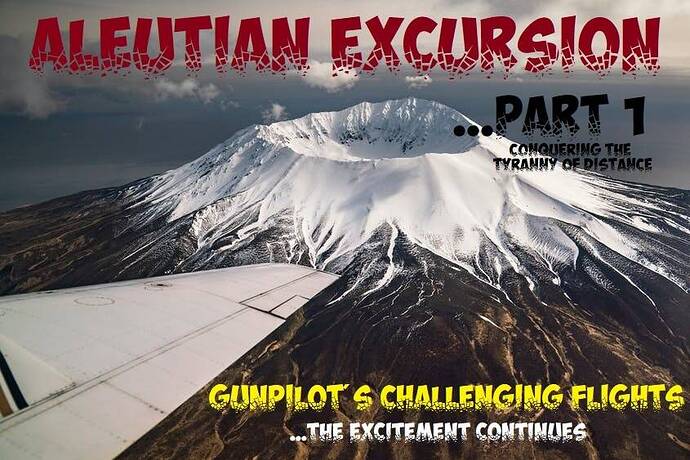 Welcome to the 16th flight event in the Gunpilot’s Challenging Flights adventure series. This challenging flights event is located in the Aleutian Islands, Alaska, and is again guaranteed to give you more of the heart pounding and sweaty palms experience that you have come to expect from Gunpilot’s flight events.

This is the first of three legs that we will fly over the next 3 weeks, starting from the island of Atka and travelling eastwards along the chain of islands to our final destination of Cold Bay airport on the mainland promontory of Alaska. During our time flying the Aleutian Islands, located in the Bering Sea, we will fly over quite rugged terrain, including mountains, towering coastal cliffs, glaciers, fields of lava, snow and ice fields, and many volcanoes (some being extinct while others just biding their time until they again erupt). It is not surprising to find so many volcanoes in this chain of islands as this area makes up part of the “Ring Of Fire” of volcanoes.

During this first leg of our 3 part journey we will have many challenging landings and two glides that will, as always, test our abilities to pilot our caravans along the course to our final destination. In this first leg we will be landing on top of Mt Cleveland, an active but currently dormant volcano. Mt. Cleveland is 5,675 ft high, and one of the most active of the 75 or more volcanoes in the larger Aleutian Arc. Most recently, Mount Cleveland has erupted three times - in 2009, twice in 2010, once in 2011 and in 2016 and 2017 - Land gently on top everyone so that we don’t awaken the beast!!!

As was mentioned in last weeks flight in Java (Indonesia), you should be well versed by now in flying into and out of volcano craters and most of you have now earned the “Crater Aviator” endorsement now stamped in your logbooks

Practicing to make Caravan landing approaches at IAS of between 40-50knts max will see you nailing difficult landings with ease and precision.

Make it easy on yourself to navigate around the route and accurately pinpoint the exact landing
areas by downloading and using the free “LittleNavMap” s/w you can get on the web - you will
never open the standard sim VFR Map again once you have tried this fantastic app that integrates
seamlessly with MSFS2020. 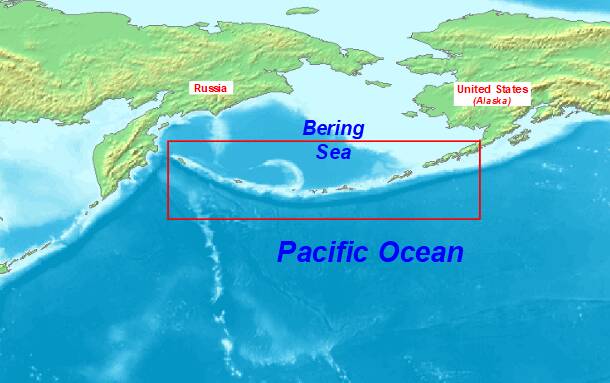 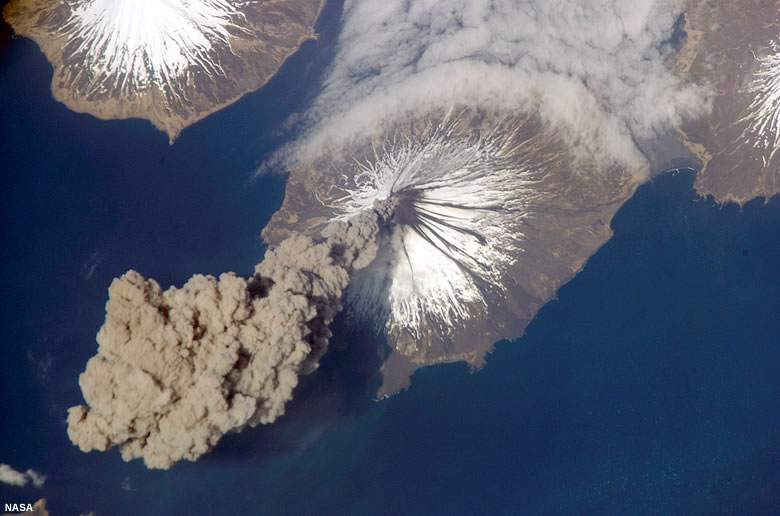 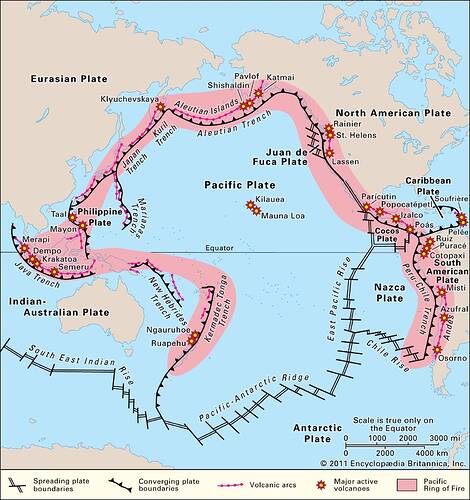 This should be a fun location to turn up watercraft to 100% and look for all the fishing boats.

Anyone else fly the new update with the C208?