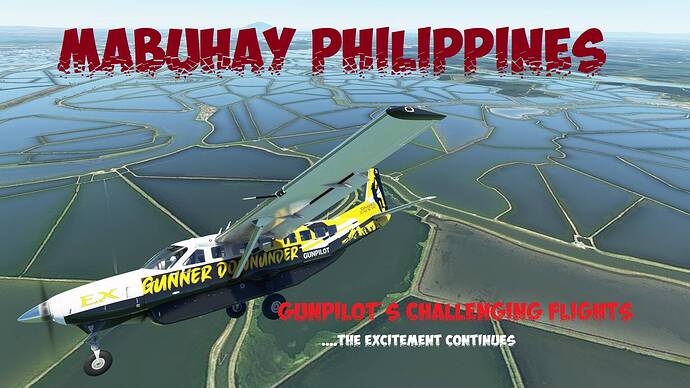 Welcome to the 10th flight event in the Gunpilot’s Challenging Flights adventure series. This challenging flights event is located in the Philippines, on the main island of Luzon, and is again guaranteed to give you more of the heart pounding and sweaty palms experience that you have come to expect from Gunpilot’s flight events. It has been nicknamed “Mabuhay Philippines”
as this translates to “welcome to the Philippines” in the Tagalog dialect of the country.

This flight sees us depart from the Ninoy Aquino International airport in Manila and you will be given the opportunity to fly through the heart of Manila along the Pasig River out to the shore of Manila Bay. From there the route tracks across the bay then south and west to Subic bay where the American naval facility was situated from 1898 thru until 1992 when the Americans finally departed. From here we will strike north, landing on Mt Pinatubo, a volcano that last erupted in 1991 with the force 8 times that of the Mount St Helens volcano. A long glide will be made from here down to the Clark International airport in Angeles City and from here we will continue north up to the area known as “100 islands” which we will explore before concluding the flight. Along the way you will see dense urbanisation, villages in the jungle, rice fields, fish farms, volcanoes and plenty of small islands. January is the coolest time in the Philippines and the typhoon season has passed so you will find the climate and weather conditions very comfortable to fly in…again - Mabuhay!!! 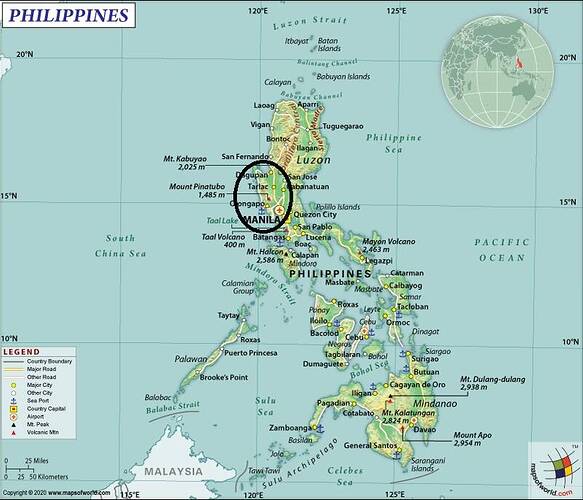 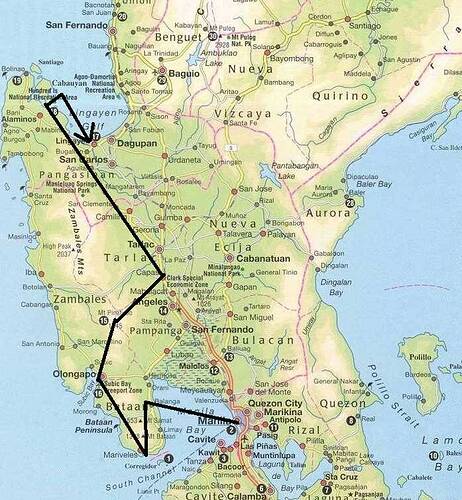 Can I use the single engine Beechcraft Bonanza G36?

Stall speed of the G36 is about 59kts. I’ve made a few landings in the C208 at below 40kts and still rolled long when I didn’t touch down early enough.

With Slew as your friend and the ability to renew your aircraft after each landing it could work.

I’ve had a dozen rolls of duct tape delivered … just in time for tonight’s flight in the Philippines!!!

I augured in twice on last nights flight. Too much time spent listening to the stall horn and starting to ignore it

Malas…you may have to ask your wife what that means