Anyone flying the freeware Hawker Hurricane from flightsim.to?

I’d like to hear your landing experiences. I can’t seem to land without eventually turning sideways on the rollout and tipping over.

The plane bounces quite a bit on touchdown. The rudder seems very sensitive, and I get into a situation where trying to correct my ground roll inevitably leads to the plane tipping and crashing. I pull the throttle all the way back before touchdown, have flaps down and maybe I’m going 80-90 kts. Is that way too fast?

Is it this hard for everyone else?

I don’t have the freeware hurricane but from my experience dealing the spitfire and corsair it seems floating over the runway before touchdown bleeds enough speed until you gently fall onto the tarmac. By that point you should be going slow enough to pull back on the yoke and apply brakes without tipping forward. Hope that helps

compared to the Flying Iron Spitfire I found the freeware Hurricane rater benign. As with most taildraggers keeping a soft touch on the rudder is important in order not to overcompensate.

Ask any street musician in Manhattan how to get to Carnegie Hall and you’ll get the same answer that applies here: “Practice man, practice!” Start in calm weather and fly touch and go’s until you can’t focus on the screen, then do five more. Find what works for you and do that over and over until it becomes muscle memory. Then introduce some mild crosswinds from either side and start the process all over again.

Also remember that the only thing these planes have in common with things like the XCub is the fact that the middle wheel is on the wrong end. These things need a much longer runway than you might expect, so don’t expect to drop into some bush strip and survive. You may not need two miles of runway, but you’ll still need a few thousand feet to slow down without using so much brake that you tip onto your nose.

I might record my next landing and see what you all think.

I’ve landed plenty in the sim, all of the standard planes, many bush trips, etc…, but this plane is far more difficult than any I’ve tried. Honestly it just seems like something with the model is wrong.

My latest I let as much speed bleed off as I could, touched down at 72kts and -118 ft/min on a 10,000 ft runway (Miramar). Still could not get it stopped without turning sideways and flipping.

I’ve landed plenty in the sim, all of the standard planes,

The standard Asobo planes are not a big challenge. They are generally very simply modelled. Also many of the standard planes are used as trainers or are known for not being too difficult to fly (Robin DR 400, C152, C172, Savage Cub, Bonanza, CTLS etc… ).

Compared to that the Hurricane is a real beast of a plane IRL. Just imagine a Savage Cub with a 12-cylinder engine and 800 hp and your getting close. The Hurricane of course has over 1200 hp but is heavier as well.
That said: the flight model of the freeware Hurricane still isn’t terribly sophisticated so it’s a good plane to learn.

The standard Asobo planes are not a big challenge

I was surprised you called the Hurricane benign. Do you find it easy to land?

Compared to some of the others 3rd party warbirds: Yes. Compared to the C172: No.

If you are not having issues with takeoff and it’s the landing specifically that’s hard that does sound odd. Do you have problems with both front wheels and three point landings?

Land at lowest speed possible. Let the tail settle on it’s own; do not force it. When it lowers, pull back hard on the stick and keep it there. “Jab” at the rudders to keep her straight until she slows.
Taildraggers are kind of a mess in MSFS.

“Jab” at the rudders to keep her straight until she slows.

Yep, with tail draggers in game you have to treat the rudders more like an XBox controller and steer with quick jabs.

My latest attempt. I didn’t completely crash, but basically wrecked the plane.

I came in with more vertical speed than I would have liked and bounced some, but once settled on the runway it immediately pulls right and any small correction goes off the rails left.

Any advice? Should I come in faster and try to float farther down the runway? 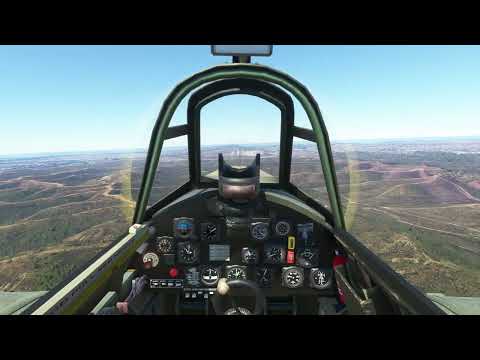 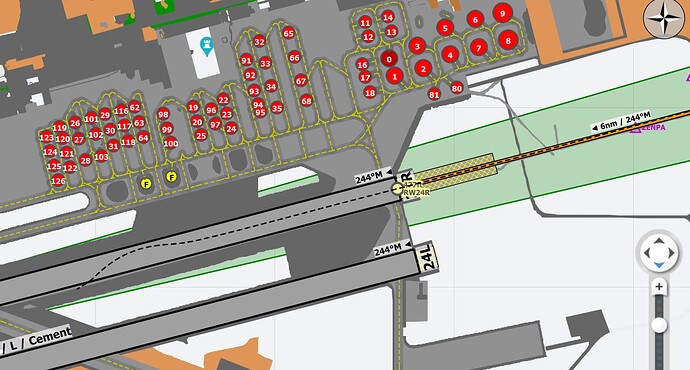 Ground handling may be broken…

I didn’t see you pull the stick back to keep the tail wheel on the ground. You should also be dancing on the rudder pedals, to stop any momentum building up that could lead to a ground loop. Keeping aileron input all the time to stop the upwind wing from lifting as well would help. Either the stick doesn’t animate a lot, or you weren’t making strong enough inputs for them to register visually.

I was holding off with back pressure all the way down. May have eased up a bit a little after touchdown, before pulling back in anticipation of braking (to keep the nose from tipping).

There was only 1 kt of cross-wind so aileron inputs would likely have been more of a problem vs. solution.

Maybe it’s just the cockpit animation, but your pedal usage seems bit leisurely to me on that video. It seems like when your plane starts veering off left you are still giving left rudder and try to compensate back to right only after the ground loop is happening. I think it’s important to compensate right away, even at risk of overcompensating. Step dance the pedals back and forth for couple of second until you find the equilibrium.

There is a nose drop around 5:16, try and hold off more. Do not worry about keeping sight of the runway once you flare.