we just have meteoblue forecasted weather which is far from actual conditions.

But it is the actual condition in the sim. Meteoblue may not be 100% accurate to real conditions but it behaves much more realistic than simple METAR weather ever will do. That we now know after su7.

Not true buddy. It’s raining in my city right now but meteoblue just shows some light cloud coverage. A METAR report would have certainly shown a more accurate picture. Also, meteoblue forecast doesn’t take into account anything about visibility conditions except for when it predicts precipitation

Sure, as i said accurate to real world weather but not realistic.

Well I would say not even realistic. Infinite visibility just doesn’t happen that often.

Sure but why the need to completely change weather engine to inject visibility from METAR? The weather is much worse since METAR visibility were implemented in su7 with hard transitions in both visibility and clouds. And why not have it optional? I want pre su7 live-weather stream.

Well, METAR bubbles from high altitudes are really an eye-sore and to that extent I agree with you. Try X-enviro for XP11 sometime and you’ll notice how well the weather model can be put in sync with METAR conditions if some intelligent algorithms are applied to create a truly realistic environment.

METAR conditions if some intelligent algorithms are applied to create a truly realistic environment.

Well, i want a fluid system i had pre su7. I know a METAR-weather needs transitions. Pre su7 didn’t need that.

Release weather timelapse. Not 100% accurate but 100% fluid as real weather is. The accuracy of forecasts will get better and better with time. For example if the accuracy is 50% now then in 10 years it may be 70%. Forecasts always improve wich means the weather will always improve with Meteoblue/forecasts. Adding METAR on top of that forecast will only interfare with it. As we have seen. 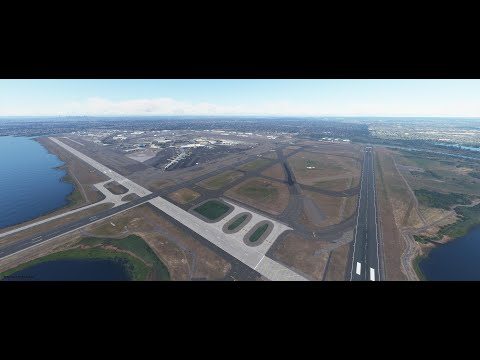 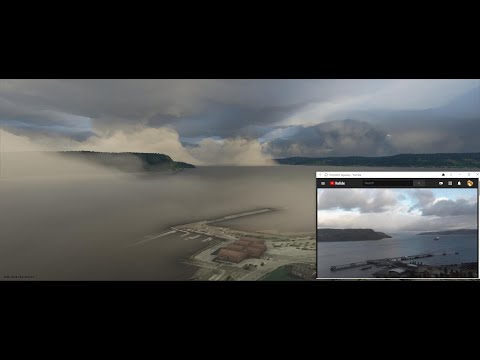 Have you tried making one of those timelapses with su10b?

This in general is fairly difficult to get accurate. Asobo is trying and that’s a great thing. I just think they can improve the haze layer (i.e. location, thickness, color and lateral extent). Otherwise we are already relatively good. Haze layer is a must though so I hope they don’t give up on that.

I don’t want them to give up on visibility. But make sure that new released METAR don’t interfare with the fluidness of Meteoblue weather. Inject raw Meteoblue data and then inject METAR fog on top of it without making changes to Meteoblue weather. Inject Meteoblue as it were pre su7 and inject visibility from METAR. Then it would also be easy to have a toggle to turn METAR off if we would like to. They can’t make them fit anyway. METAR is past weather, Meteoblue is the future predicted weather calculated with help of past observations like METAR and sattelite images and data from those baloons that collect data globally every 12 hours or so. Every second during the day they calculate those observations to fit globally with really complex algorithms to make a weather simulattion out of it. And now after su7 Asobo tries to interpolate new METARs into that really complex data Meteoblue provides. If it were that good to interpolate new METAR into forecasts i think Meteoblue would already do that. But they use them as intitial conditions and needs to take much more other data to make a global weather that fits everywhere and that take time to calculate to fit. I think the more frequent updates we get from Meteoblue and METAR the less dynamic/varied it gets. Before su 7 we had 2 global hard transitions per day and that was if we not count the invisible METAR winds, pressure and temp. Now we have 4 global and 48 local around all the stationary weather stations per day.

I wonder what happened to those planes that was about to land there IRL. Nice good visibility 2 seconds later can’t see a thing. That to me doesn’t feel like weather at all.

Just had another pop-in haze layer! Hope Asobo fixes this!

…and remove “fixed-on-live” flag for this thread.

I hate that so much … how can anyone like it? Please, Asobo, get rid of this mess and restore the original quality of the weather engine that I loved so much!

I can’t remove it! The forum moderators have to do that. iinKWest please remove the Fixed-on-live from this topic as the issue still exists and has not been resolved.

Please delete de fixed on live solution becouse is not fixed, descending into birmingam a really big haze appeared in front of my…with the latest beta is uggly too deep and it is like a movile phone in the middle earth…no way

Arriving at Petersburg, Alaska (PAPG). This ■■■■ is going on for almost a year now … how this is considered acceptable weather depiction is beyond me. Don’t even mind the snow and frozen water in late summer on the left … that’s been going on since the very beginning with no fix. 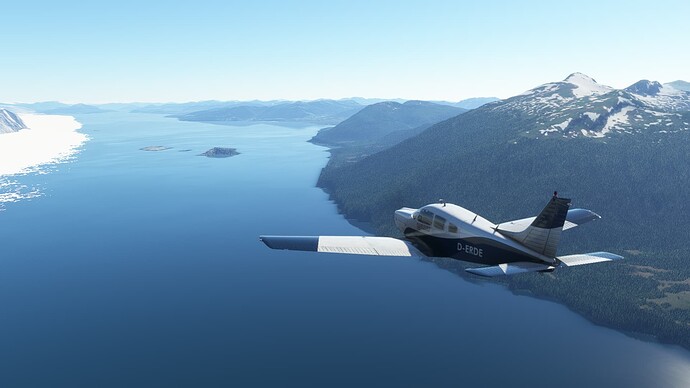 2 minutes later. It switched from clear to hazy in less than 2 seconds. 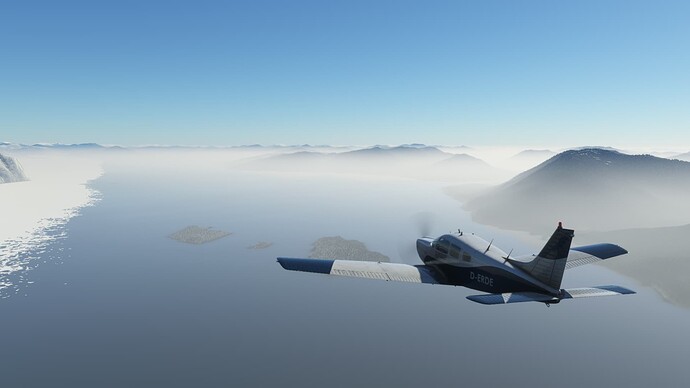 Absolutely true.
2 years after the release we don’t have correct visibility/haze/humidity depiction and smooth transitions.
It’s a joke.