Help request: Looking for improvement mod for the Beech Baron

Sadly, there is none as far as I know. The “premium” aircraft are encrypted and thus it is more complicated to mod them.

If you want to fly a twin piston engine, I would recommend the DA62 with MrTommy’s mod: 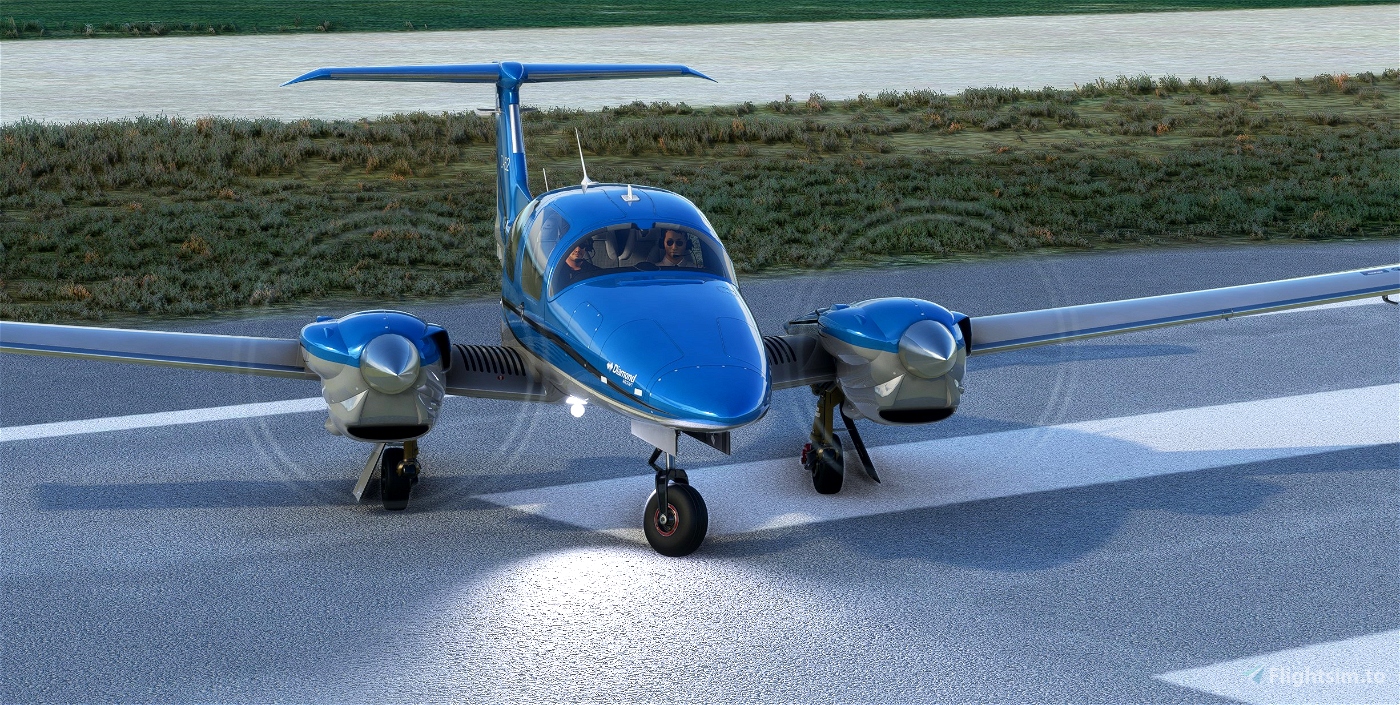 There isnt one for the Baron, as its Protected.

I’ll second the DA62X mod - I won’t fly that plane without it anymore.

Just jumping in to say I’d love to see that. People have managed to modify other premium or deluxe planes, such as the Citation Longitude, the C172 Classic, and the 787, so it should be possible. How possible though, I am not sure.

Regardless, I’d love to see it!

Do you have specific issues with it or are you just looking if there is something?
The Baron isn’t in a too bad shape now since they tweaked it in the last sim updates.

In case of specific issues, I’d suggest to look for existing bugs&issues threads or open a new one describing the issue and/or report it via ZenDesk.
For the protected aircraft from Deluxe/Premium as others said it’s hard to mod them, so the easiest fix is if Asobo does it in the stock aircraft.

In general, when looking for mods, check out the megathread:

I was surprised to find there is no single topic dedicated to locating all of the current community improvement mods to the default MSFS aircraft so decided it would help me (and hopefully others) to locate all of the available community improvements mods and compile them in one thread. If you have any to add please comment below as I very well may have missed some of them! Airbus A320: Airbus H135 Helicopter: Boeing 747: Boeing 787: Bonanza G36: Cessna 152: Cessna 172: …

I’m not that guy but some issues I’ve found with the Baron so far are:

There’s also the matter of the engines, which are basic and lack certain things such as needing to be primed with the fuel pump prior to starting, vapor lock, etc.

Obviously, it’s a default aircraft so I wouldn’t expect stuff like that to be in the scope of official development but the aircraft model is pretty well made so it would be nice to see a third-party developer adding some depth to the systems modeling and stuff like that.

I think these issues are base sim issues and cannot be solved by modding the aircraft.

This one would be solvable with access to the flight model though.

it would be nice to see a third-party developer adding some depth to the systems modeling and stuff like that.

Totally agree. The G36 mod shows what’s possible.
I’ve criticized the approach of encrypting modable aircraft in the past and still do. So if you agree, check out this thread:

Since there are various issues with Premium and Deluxe aircraft and the status for fixing these items are backlog we request that the .cfg files for these airplanes are unlocked from the .fsarchive structure. The community has a number of people who are very good at modifying airplanes for more realistic performance and are unable to touch the premium and deluxe content due to the DRM. EDIT: On 13 July 2021 this thread was modified to include requests for removing the .cfg files from the encryp…

I think you’re right about most of those being sim issues. I’ve noticed them on other aircraft as well. The only solution would be to code entirely new systems and I’m not sure how possible that is. I know the DC-6 has done it correctly but that’s PMDG we are talking about, not a freeware dev.

Personally, I loved the G36 mod and the DA-40NGX and DA-62X mods and wished something similar was possible with every aircraft in the sim. Will definitely be showing my support for unencrypting those aircraft!

I think Asobo is implementing new flight model/systems features along the way like they did with the Ultralight they released as payware. And I’m sure the Ju-52 addon will again bring improvements and new options for aircraft developers in the base sim.

As for the encryption: Microsoft of course looks at sales. So buying addon aircraft from third parties rather than the Marketplace because of the stupid encryption might make them think otherwise.

The above mentioned thread was not part of the feedback snapshot despite it having far more votes than others. So seemingly MS thinks it’s not worth talking about - and I’ll draw my consequences from it.

No mods for the Baron since it’s encrypted DLC. We’re stuck with the half-assed job they rushed to get published at the last minute so they could sell expensive add-ons at launch. They’ve fixed a couple of minor issues with it, but I would be surprised if we see any real improvements to it.

Let’s hope some 3rd party dev decides to create a good Baron. That’s our only hope.

That said, despite its issues, I have to say I still enjoy flying it and do so quite often.

Prop sync has always worked fine for me. As for mixture, that’s messed up on ALL planes, not just the Baron. It’s just using the default system all other planes use.

Load up the Baron again in SU5. You’ll find that not only is the prop sync switch no longer clickable, but it is actually even labeled INOP.

It used to be clickable, although I don’t believe it did anything, even in previous versions.

The encrypted aircraft can still be modified, you just gotta cheat it with a new aircraft.cfg, engines.cfg etc. And cheat the json files, but it can be done.