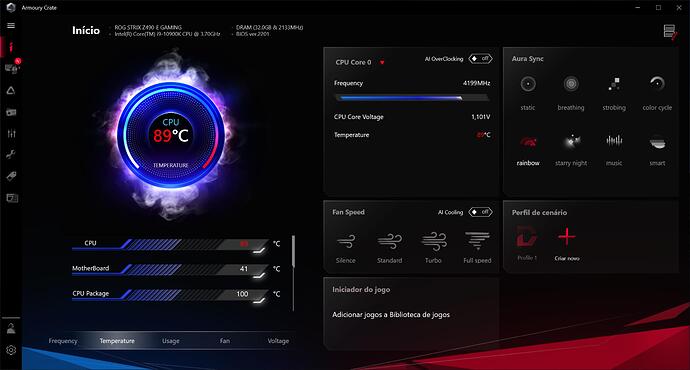 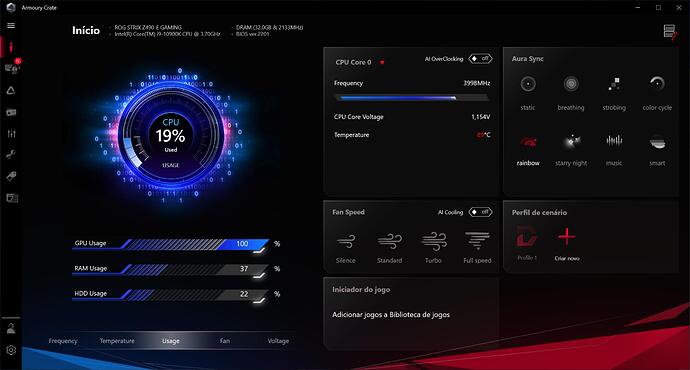 Are you on Steam or Microsoft Store version?
STEAM

Do you have any add-ons in your Community folder? If yes, please remove and retest before posting.
YES

Brief description of the issue:
My CPU is achieving temperatures of 90º celsius as soon as I start MSFS of ar any other game.
I would like to ckeck if in the community in general people have a similar experience or I can have a problem with my cooler. (no overclocking)
Of course this is not related with MSFS, and I would like only to have feeedback from people with similar HW if they have similar temperatures.

Build Version # when you first started experiencing this issue:
Not relevant to this topic.

As this is not a bug of MSFS as you stated, I moved your topic out of the #bugs-and-issues section and into the more appropriate #self-service:pc-hardware category.

89 is a problem. My CPU is overclocked and never gets above 60. A couple of things to think about.

While the points above help general cooling, they are most likely not your problem. So it may be that you CPU cooler plate that connects your water cooling to the CPU is not seated correctly, preventing the cooling system from working properly. Might be time to take it off give it a clean, apply some new CPU paste and refit it.

But even this sort of problem is unusual (but not unheard of) as most CPU mounts generally prevent this sort of problem, so one last thing to check is make sure your CPU water cooling motor is working. Mine has a separate power connection, which you have to be carefull not to dislodge.

Thanks by your words and advices. I will check my water cooler and apply new CPU paste to check if I have any improvement. Filters are clean, the issue it’s not coming from here, Again thanks.

Hi man (I’m Brazilian too). That temperature at that low load really can’t be right, even if you were using a default cooler. Your 360 should be enough.

Please, don’t get me wrong, but check if there is no plastic film between the cold plate and the CPU heat spreader. Even Linus Sebastian (Linus Tech Tips) admits having done that at least once.

Also make sure the water pump is running and has no air bubbles stuck on it. That is the problem raised by Gamer’s Nexus that caused quite a fuss in the community a few months ago. In that video he suggests that placing the pump above the radiator may cause bubbles to rest in the pump, making it not work and even dying. It is not a sure case, since my pump is above almost all other components and I haven’t this issue. Stephen also states it is just a recommendation. Installing the pump above the rest of the loop is not guaranteed to cause the bubble issue. If you have, try rotating your cabinet while turned on, making the pump to be below the rest of the loop for a few moments to force the bubbles out of the pump.

I have an Intel i7 4790K, a famously difficult processor to cool. With a 280 AIO liquid radiator, I had thermal throttling at high loads and no overclocking. CPU cores went instantly to 100ºC upon load and rested at or above 60ºC at idle. Finally I gathered courage and delided my CPU, replacing the internal thermal paste with liquid metal. What a change! Now at load and overclocked, my core temps never goes above 60ºC. Make your research to see if deliding is an option for your CPU.

Pretty straight forward based on your post. Your cooler is going. Been there, done that, got the t-shirt. Replace your cooler.

Thanks friend, I will check the water pump and replace thermal paste (and also check if the plastic between AIO and CPU was removed - we never know - the computer was build by others).
Again thanks by your advice.