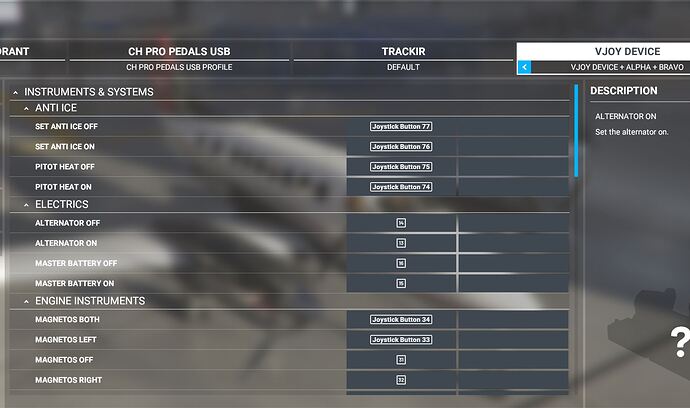 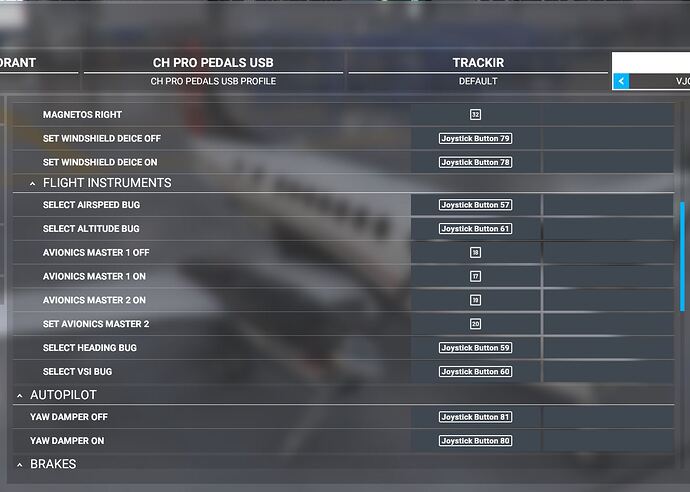 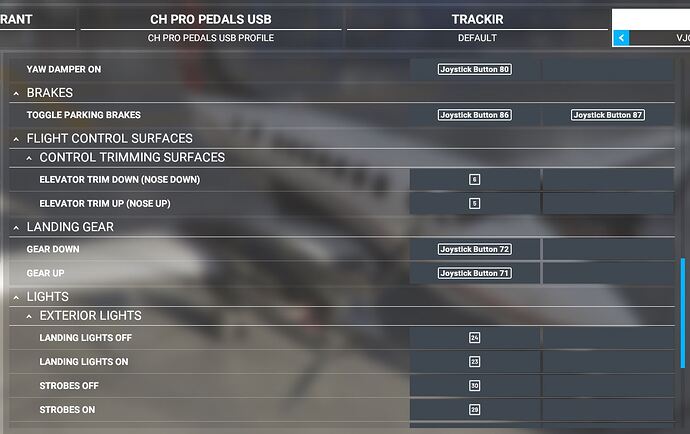 I’m astonished such a simple bug as “don’t screw up the sim if a button is mapped as set” is still present after all this months… Still Asobo got paid to wait for customers to solve their shortcomings after buying 300$ hardware pieces, which work perfectly outside their software.

Honeycomb can’t do anything for this bug. Their controllers work as expected. The button press acceleration is a software bug on Asobo part.

Their controllers work as expected. The button press acceleration is a software bug on Asobo part.

This is understandable but this doesn’t solve the problem of using the Honeycomb hardware with other programs which are using auto-detection for assigning switches:

For example I’ve tried using the Alpha on Project Cars II (why not using a -90/+90 yoke as a wheel!) and indeed I couldn’t assign switch inputs because of this.

It just makes sense to be able to have a switch alternating 2 states instead of 4 in some cases, and it isn’t hard to do via firmware changes or better, via firmware operating mode selection which you choose when powering up the device in pressing a combo of keys (this is a common low level firmware mode selection method).

In practice, it is easy: since each switch position is 1 or 0, it just takes disabling all OFF switch states as if the switch doesn’t exist at all. In other words, take a light switch for illustration (I don’t have the exact numbers in head but there are 2 buttons input per switch I’ll reference as button 10 and 11 below):

Although this would give some more possibilities to use the hardware with other software, this won’t solve the “constant” input triggering FS2020 to accelerate the knobs because this is a FS2020 only bug (limitation to keep this post politically correct but it is a game design error in any way you see it).

No, this is really on Asobo to fix. It’s not the controller manufacturers job to code work arounds for the application.

It was really bad today as ALT was jumping by 2000 using the knob on the Bravo. I have tried using the fix in FS Tool but it doesn’t seem to be making any difference. I am trying to wait this out without going the additional software route as I am not keen on having to redo the 8 profiles I currently have on the Bravo. I just reverted to using the mouse clicks today.

why should anyone use a airplane cloche for a racing sim and expect it to work with switches?

Hi all
Just plunged in the honeycomb bravo throttle and none of the axis work.
I have the default selected
If I try and change them they become a switch (on or off)
If I check them in sensitivity it looks fine
but I cant get anything to work in the sim
Any suggestions?

Thanks for this - I am going to try this today! One question, it looks like you mapped the throttle detent buttons on the Bravo within MSFS. These detents wont send continuous signals triggering the 100/1000 bug?

I don’t know as I have not mapped them to the auto pilot I use them as reverse thrusters sorry. Last I heard all of the buttons on bravo are continuously on. I’m sure the heading bug will be the same no matter where you map to it.

Yes these throttle indents do send a continuous signal so would cause the acceleration bug BUT when you use the throttle indent for their intended function (reverse thrust) you are never adjusting altitudes or the OBS dials anyway so it doesn’t matter.

BUT to be safe you should unmapp the throttle indents on the other throttle levers that you are not using; especially those where you have to pull them all the way down to put on the rubber covers

The other thing I see a lot of people over looking that triggers the acceration bug on the Bravo is the left hand rotary dial where you select alt, heading etc. That must be unmapped from the Bravo profile as well.

And don’t forget to unmap the landing gear lever!

I think I have Gremlin and vJoy set up properly, but there must be something I’m missing. I set some bindings in Gremlin, but none of the inputs are recognized in MSFS under the vJoy control settings.

Make sure and click the controller icon in Gremlin so that is GREEN. If it is BLACK it is not enabled