So I recently got a Bravo Throttle and am trying to locate the best place for it. Is it best to have next to the yoke beside it on the same level? Or do I place it further to the side and slightly lower?

I know it’s personal preference at the end of the day but was wondering if anyone else has it slightly lower down.

Moved into #self-service:peripherals for discussion of peripheral set up.

Lower and to the right would be the normal position if you’re flying left seat in a real aircraft. I don’t have a lower table to mount it to yet so I have it level and to the right, but the muscle memory from real thrust and throttle levers is strange mounted like that to me.

I don’t have a Bravo (yet) but I mount my current throttle setup on the same desk as my yoke. It works good enough for me.

For maximum realism, you can also mount it onto an actual plane: 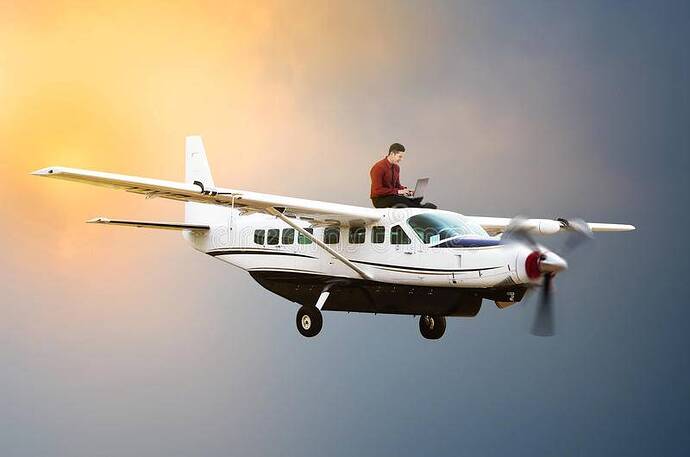 Mine are on the same height level but a bit apart as I hae touch pannels mounted to the top of them so needed some spacing to accomodate.

You can also buy top mount brackets, which means it mounts the top of the Bravo to the underside of your desk and you could have the Alpha mounted normally (if you wish to offset).

lmao there is so much wrong with that image, even not accounting for the man on top.

Where’s the nose gear??? And the red intake plugs are still in the engine while it’s operating…

Side by side, Alpha by Bravo.
Jim-Sim 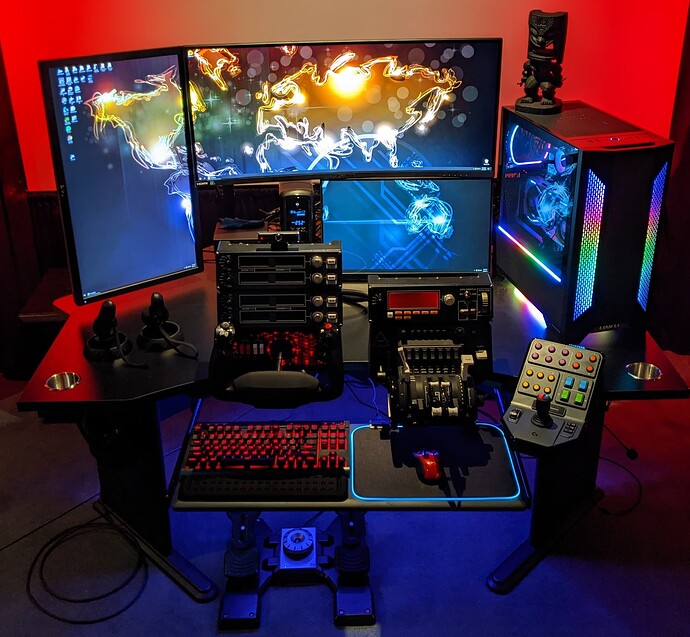 Most probably a bad case of “Photoshop”…

Holy moly! Which table is this? Reminds me of Ikea Fredde, but it’s not that…

I have mine just to the right of the Alpha, on same desk, same level.

It’s just a corner unit desk that I found on Craigslist (I don’t even know the brand or make), but I put a separate desktop on top of it.

Some details and a link to the desktop are in an old post here:

Is my table suitable for the Honeycomb Alpha Yoke? Hardware and Peripherals

I can’t really answer the depth of clamp question, since I’ve removed mine long ago. I’m sure there are stuffed in a cabinet somewhere. I also seem to remember seeing someone on the internet made a larger clamp, because of your very concern. You might try a deep Google search and come up with those. The reason I did away with them, was not because they wouldn’t open enough for my desktop, but instead because I didn’t want anything hanging down underneath so I could install my sliding keyboard a…