If a RNAV STAR

If a STAR is listed as RNAV, can it be used as an ILS route or is it RNAV only?

An ILS is an approach to the airport, a STAR is a departure from the airport.

But whatever the chart says is what system is used. An RNAV departure uses GPS, an RNAV approach uses GPS, and only GPS.

a STAR is a departure from the airport.

A traditional ILS approach uses a ground based ILS system comprising of a localizer for course guidance and a glide slope for vertical guidance. It can go down minimums as low as 200 feet off the ground and 1/2 mile (2400/1800 RVR). It can even be certified lower for autolandings with minimums down to 0.

So, they are two entirely different systems.

A STAR gets you in the vicinity of the airport. An approach gets you to a runway. To directly answer your question, yes, and RNAV STAR can end in an ILS approach.

Sorry, hadn’t had my coffee yet. And I’m an instrument rated pilot!

And I’m an instrument rated pilot!

Have a nice day and happy flying,
Richard

And now that I have had my coffee, it will usually state on the STAR chart which approach to expect. So if you want a particular approach, it’s worth checking the STAR chart to see if it is one of the approaches that you can expect. Remember that your STAR and your approach have to match up.

Respectfully, I need to disagree with that. Maybe it’s different in different countries, but in the US at least, STARs provide an orderly flow into the vicinity of the airport. I don’t recall any that are tied to a particular approach procedure, but they often have different legs depending on the runway in use.

Check the Jepp charts, not sure if it’s stated on gubmint charts or not.

I use Navigraph charts which are the Jeppesen charts. I’d be curious to see one that actually specified the approach procedure.

MPTO. AKRIN, BUSUN1, VALIS and OSUPA 1A arrivals all specify an approach to execute. In the US you’ll often see “expect radar vectors to the final approach course”, internationally you’ll often see “expect ILS RWY 21” or simply “execute RNAV RWY 3 approach”. You should always check in any event. It’s one reason why I never fly the STAR into TNCM, I prefer the RNAV over the VOR approach.

The other consideration is weather. I always want the approach with the lowest minimums, which is usually an ILS or an RNAV. At really busy airports like JFK, BOS, etc. you’re always going to see “expect radar vectors”, they absolutely have to do that for traffic separation. At more out of the way airports they may give you an arrival (and it might be the only one) that gives you an approach with the highest minimums. Depending on the weather that can be the difference between getting in and going missed.

Doesn’t it stand for Radio Navigation? Why would navigation be random?

Doesn’t it stand for Radio Navigation?

No. It stands for Area Navigation.

… LOL, thanks to the auto-correcter on my mobile phone

Never seen that in Europe either, I have used both Jeppesen and Navblue in real life.

In Navigraph…
If I can only get that continuous line connection for a RNAV approach to link up with the STAR, and not a ILS, can I dial in the radio for the ILS and do it anyway… Or follow that direct dotted line to the start of the ILS. Or is that when we depart from reality and real life flying and arrive into the world of arcade mode without knowing…

You guys will have many examples

Most flights to Glasgow ends up with a dotted line from STARS to ILS apporach I find.

Flights from Auckland to LAX is another example, I can only get RNAV options for the southern runways from simbrief whereas in real life observations… The likes of Air NZ hook up to the STARS for flights coming in from north of LAX going over those islands but I can’t seem to get those options from simbrief and have to manually edit them in Navigraph (Can completely understand why newbies get real confused when things don’t match up to flights they are trying to emulate or unable to get a ILS approach on Navigraph because the only star options on simbrief only link up with rnavs…)

You have to remember that sometimes a STAR ends with a vector approach to the final approach fix. This means ATC tells you where to go. The game doesn’t have that so you have to vector yourself in those situations.

Copied this from another thread, maybe it answers some questions? Don’t know what dotted line we are talking about, I assume vectors?

The first thing to understand is that the arrival / approach to an airport is split into segments:

Each of those phases serve a purpose in maneuvering, slowing down and configuring the aircraft for approach.

The Arrival segment starts from where the en-route segment (airway) is left and ends at the Initial Approach Fix (IAF). This segment is used to slow down the aircraft and descent for approach, it often ends in a holding pattern over the IAF.

The initial approach starts at the IAF and ends at the Intermediate Fix (IF) the IF is located on the extended centerline (point of localizer intercept) usually a few miles (minimum 2 nm) prior glideslope intercept or start of descent on non-precision approach.

The final approach starts at the FAF or FAP and ends at the Missed Approach Point (MAPt). The MAPt is usually the point where the glidepath intercepts the Decision Altitude. The approach is then either continued to a landing if sufficient visual references are attained or a missed-approach is executed if not.

Where can you find each of those phases?

If you open Skyvector you can see the point PUMAL I’m using in the example below, is the point where you leave the en-route (airway) system. This is where the Standard Instrument Arrival (STAR) starts. 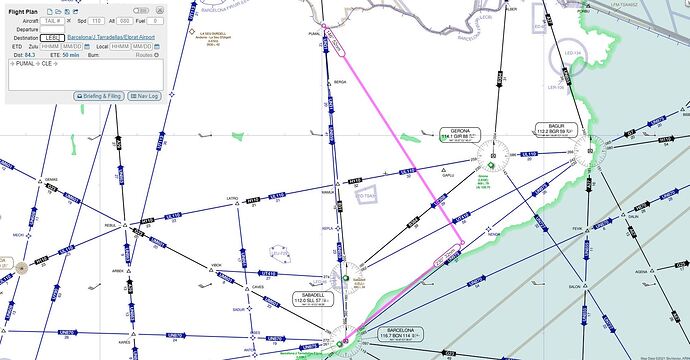 The Arrival segment, commonly referred to as Standard Instrument Arrival (STAR) can be found on the arrival chart, I’ve included an example below: 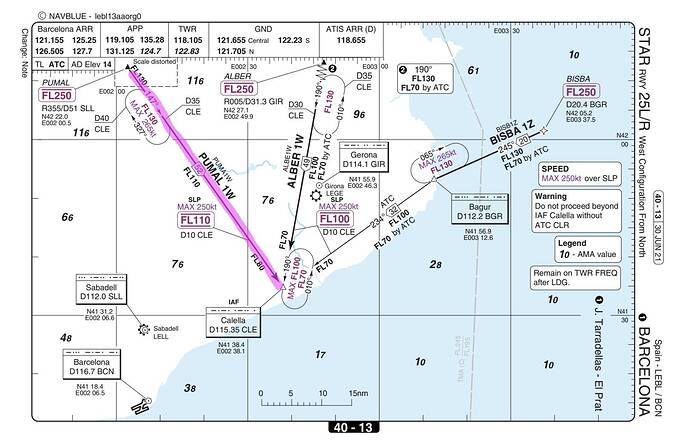 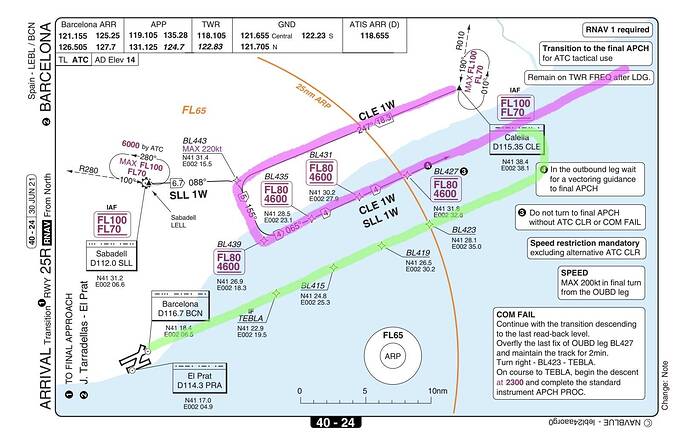 Intermediate, final and missed approach are depicted on the instrument approach chart and in some cases the initial approach as well as discussed above: 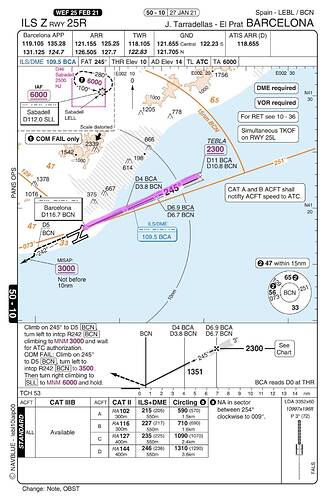 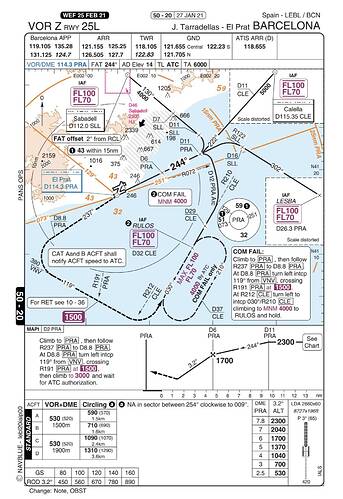 I think FS2020 automatically selects the whole transition which makes the arrival look like a long snake. If there is a arrival not connecting to the final approach axis (e.g. vectors), the sim creates this long arcs to connect the two. I think the sim currently is unable to deal with discontinuities.