Not even the altitude of the airfields are on this map! Impossible to use it for serious flightplanning.

This is crucial to have a good sim experience.

I don’t understand how secondary things like trees, seasons, aurora borealis and other visual stuff improvements take so much lines in the top wishlist…

The in game map needs to have VFR/IFR Maps like FSX/X-Plane with Navaids and Frequencies that can be selectable and update the in-Aircraft Nav Radios.

And the symbology. You can’t tell a glideslope from a vor.
The symbols should be more standard and clear.

On fly by wire’s discord server go in tab « bot-commands » and from there you can get any airport’s full charts package for free with approaches (and frequencies), airport map etc it’s like 40 pages in a pdf auto generated by the bot

An implemented GTN 750 would do all we need for VFR and IFR. Please look for GTN 750 in the Wishlist, and Upvote.

Decided to give the sim another chance yesterday after close to 3 months of not playing at all. Well, what can I say. The start-up procedure is still the same badly designed thing (both visually and technically) and takes two and a half minutes just to get to the menu. The world map is still the same and pretty much unusable, not just when zoomed in. Shockingly, the VFR map, something so very essential for somewhat proper flying (even VFR!!!) is still the same useless piece of sh** as it was in August. I can’t believe it. What is this team of how many dozens of people actually working on? Four and a half months after release and god knows how many after the first trailer that got us all wet and hard and these essential things are still in some alpha- or beta-stage. It’s pathetic. I wish I hadn’t known about MSFS’s release because right from the moment I first read the news I was hyped like back in 2006 and was hoping for a great product that was at least equally as usable as FSX or X-Plane 11, not just a little prettier. Don’t know how many more months it’s going to be until these crucial issues are being addressed properly. Until then, I’ll keep shaking my head and the yoke remains under the bed. A shame, as I want to fly – badly, and properly.

Hello everyone. In a post a few months ago I presented something similar. I come from the world of X-Plane and in comparison the VFR map of MSFS2020 seems made with crayons by a child and in definition of a CGA monitor from the 80’s.
Without making special mention of the gigantic size of the plane on the map that occasionally bothers in distant views (it improves as we zoom in) the VFR map lacks all necessary information (except codes and runway orientation) and you have to play a lot with it. zoom to view waypoints or some other navigation aid.
Data such as the frequencies used in tower, ground, ATIS, etc. (the truth is I do not like that they tune themselves, I prefer to see them on the map), MSL data to adjust the altimeter, track numbers to indicate orientation and other data such as VOR frequencies and better defined points on the map are indispensable. The same as the wind speed and orientation data. How come we can’t see that at a glance?
I know that many pilots do not need these things and prefer to see them online because “it is not a game, it is a simulator” … but hey, for me it is both and in any case it is better that there is more data and can be deactivate so that we do not have them others. What I see in X-Plane is great compared to how poor this looks and having a program with so much graphic evolution, I swear to you that when I saw the VFR map for the first time I thought it was a mistake, for me it looks horrible! .
I do not think it is something so difficult to implement a good VFR map that is pleasing to the eye, with the same resolution as the rest of the things or - AT LEAST - as low as it should be which is 1024 * 768 (XGA)
I don’t understand how this request has so few votes … as soon as we open the VFR map it is like being shot in the mouth

That is another feature that I miss about X-Plane, being able to drag the plane to the point you want at the time you want. Layers of wind and navigation of high and low should also be.
Come on Asobo, it is not such a crazy request that we make, the VFR map totally detracts from a program like the one they have made

Dont consider MSFS2020 a real IFR training device until from the map we are able to position the airfract anywhere, any altitude. This gives the ability to try multiple say ILS apporaches over time instead of getting ou. Also you need a flight track option like FSX, DS9 did so you can analyse what you have just done

Please devs make the world map more clearer and beautiful, remove blur or grey map texture when zoomed in add taxiways on the airport / world map Before: [1] After: [High quality zoom in map]

Also add distance scale to the VFR map, better yet it should be a sectional chart

My suggestion to MS: Please add clickable items to the built-in VFR map, like airports and airport info, including ILS frequencies and runway elevations. I don’t like 3rd-party apps, like Little Navmap, etc. This info should be built into MSFS 2020, like it was in FSX. Thanks.

This adds the Navaids to the world map. It might help a little. World Map Filters Mod » Microsoft Flight Simulator 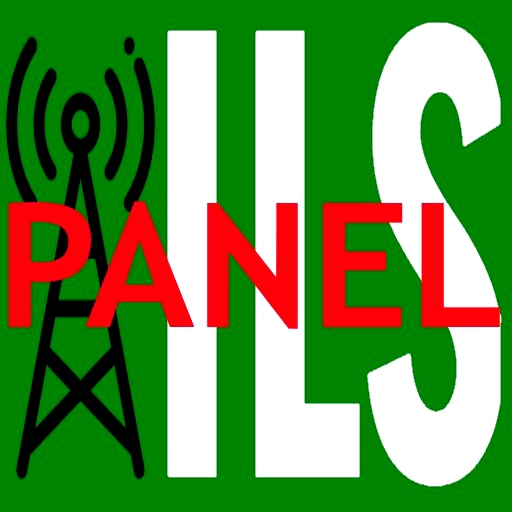 ✓ SmartILS Panel - The Smartest ILS frequency database! is a Microsoft Flight Simulator 2020 mod created by Abtzero. Download for free to enhance your experience in MSFS 2020.

IMPORTANT: For searching airports use the keyboard incorporated in the program. 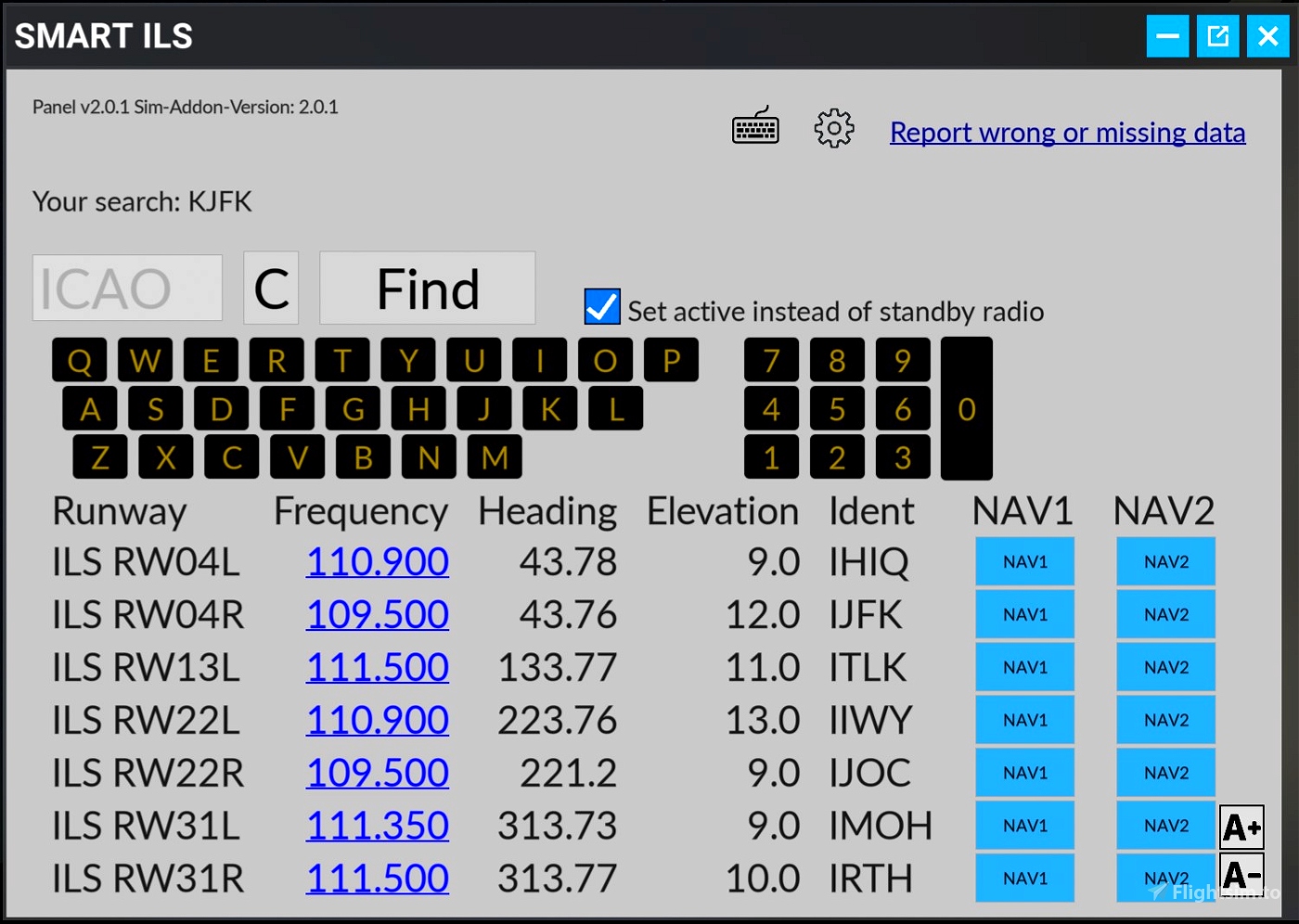 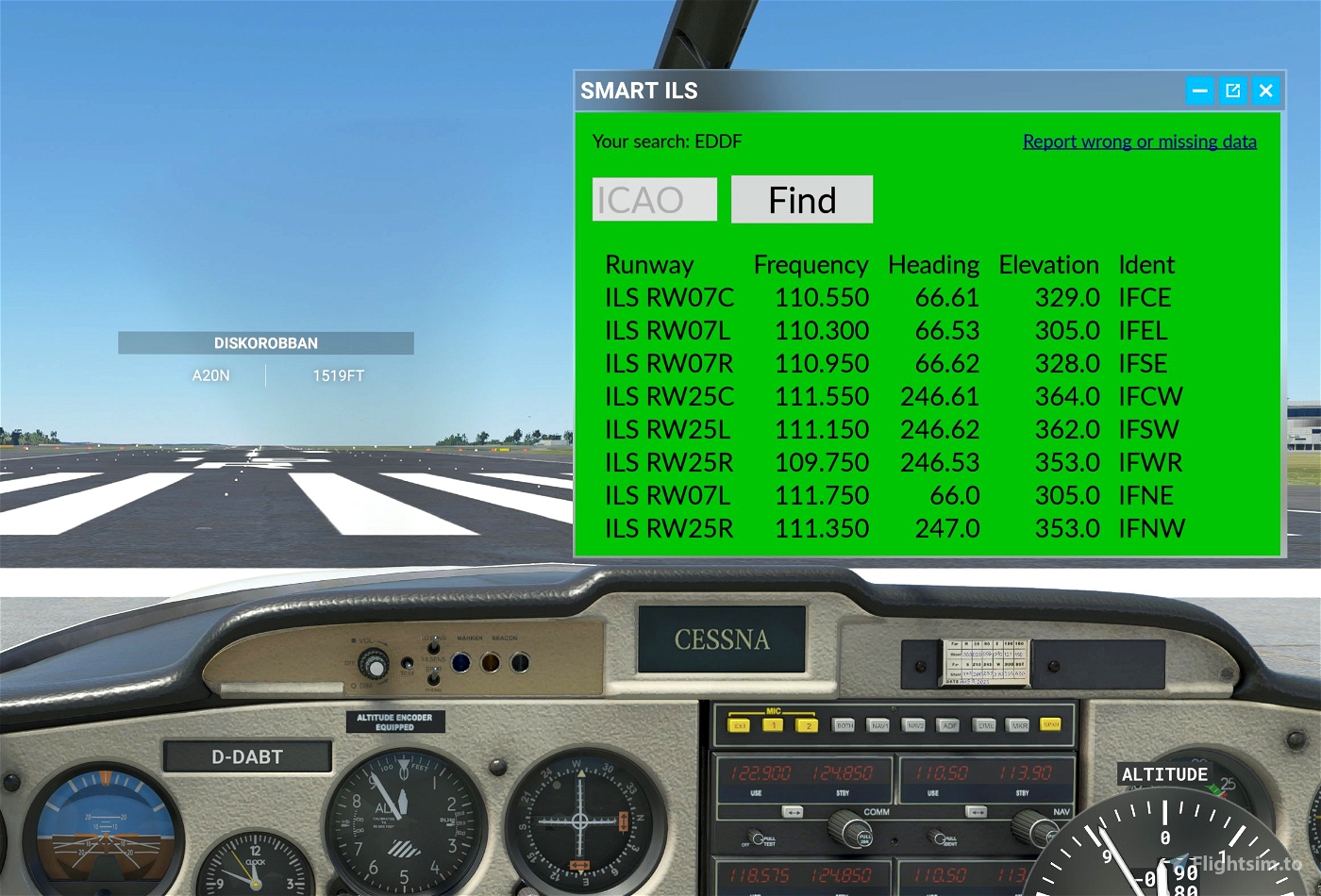 I have the same opinion, the map looks like it was drawn with crayons by a kindergartner at a very low resolution, it lacks useful information for the user and the proportions of the plane do not help the accuracy too much either. Most of us who come from X-Plane miss all the features and quality of the map.
For now, I have found that using programs like Sim4Pad or LittleNavMap can make up for some of these deficiencies, but as always, installing another program and having it work together with the sim is a risk due to the probable CTD and the general memory loss that we have. for all operations.
I don’t think they’re going to change it, not at least this year. There are many things failing and giving problems that they should solve first. We still have such ridiculous things as vehicles walking like headless chickens between planes going to and from ramps, cars “floating” not respecting the ground line, boats submerged on shorelines and impossible water levels with ridiculous 20 or 30 degree inclines that should be done long ago. We will have to make do with VFR flights where the moment we know we are going to see something that is wrong, we will have to look the other way. Beyond the beauty of some things, there are other extremely disappointing additions that each Update finds us praying that it does not ruin the configuration or we can use the program. That’s how big companies look like, once they have your money they already have what they wanted. Now that the users endure, and more if they are distributed around the world