So I have been thinking about building a custom flight panel for my desk. I finally sat down and sketched it out.

The roughly 9" x 1.8" rectangles would be individual panels. I have two basic designs. One with two 15" touchscreens with up to four panels on top and four on the bottom. You could also create a larger panel and use up 2-4 of the slots. Plus three vertical panels beside the screens.

The second design idea replaces the right 15" screen with a sub panel consisting of a portrait mounted 7" touch screen and four additional panels.

The cutouts at the bottom are for the Honeycomb Alpha and Bravo. 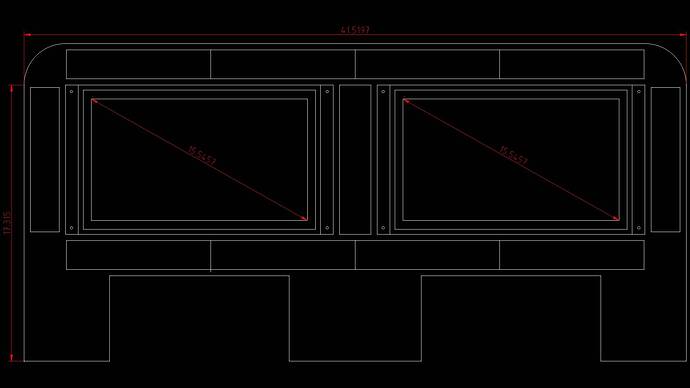 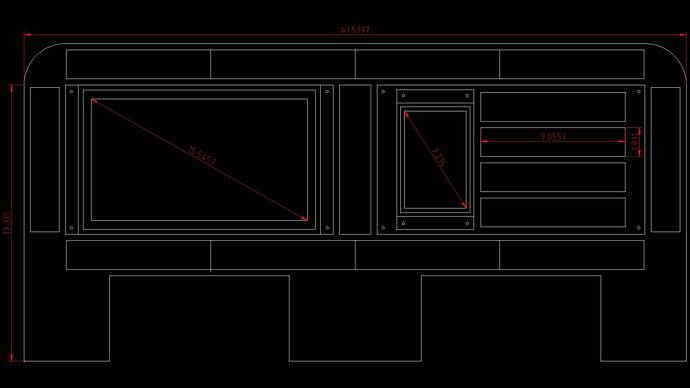 This is just a rough first draft and I’m definitely thinking of changing the small panel size if possible to potentially shorten the overall height and/or allow two columns of small panels in the space of the right 15" touchscreen. But I have to sketch up some individual panels first to get an idea of how much room I need per panel.

My plan is to run Air Manager for both the screens and panel hardware control.

That is assuming I get past just this initial sketch.

Here are the touchscreens I used in this design. 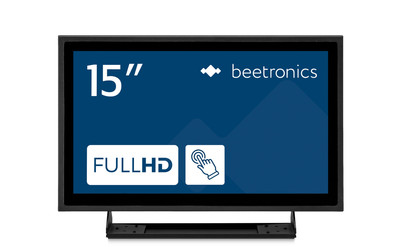 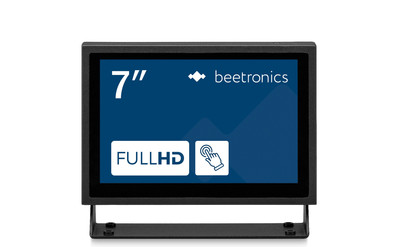 Are you looking for a 7 inch touchscreen? This Full HD touchscreen has a reliable multitouch panel. Equipped with HDMI, VGA and USB inputs.

Yeah, I’m mulling over a modular “cockpit” as well. I have Honeycomb Alpha/Bravo, Thrustmaster TCA Sidestick and 2 x TQ (in preparation for the FBW A380

) and Addons, Saitek TPM (Cessna type Throttle/Prop/Mixture controller) and Saitek Panels and FIPs. Rudder is TM TPR. I will also, no doubt, buy the recently announced TM Boeing TCA setup (again with 2 x TQ). What I’m thinking about is a MIP and Pedestal setup where I can change things in and out as required WITHOUT too much hassle. I have some ideas in my head but unfortunately I have no skill at all in CAD so will have to start trying in cardboard and cheap wood initially.

I like the External Dimmer controls on these Monitors. Also the 10 point Touch !!!
Not cheap – but you get what you pay for, and far less expensive than just a few hours of RW flying !!

Factory panel mounting options where what really got me on those panels. But external dimmers, that I can build into the panel, and 10 point touch sealed the deal.

Also they are commercial panels so I hope they will last and that I could get replacements with the same footprint if needed in the future.