I’m a newbe. Can someone tell me how to interpret the air traffic symbols, etc. on the Garmin 1000nxi? For example -25 and an up arrow (ascending?) and a triangle-like symbol (aircraft direction?). Thanks.

Apparently you’re not such a newbe.

This is a simple way of explaining traffic and its movements.

Working Title made the sim G1000 conform to the real world unit as much as possible. So you may use actual manuals to understand and operate the sim version. 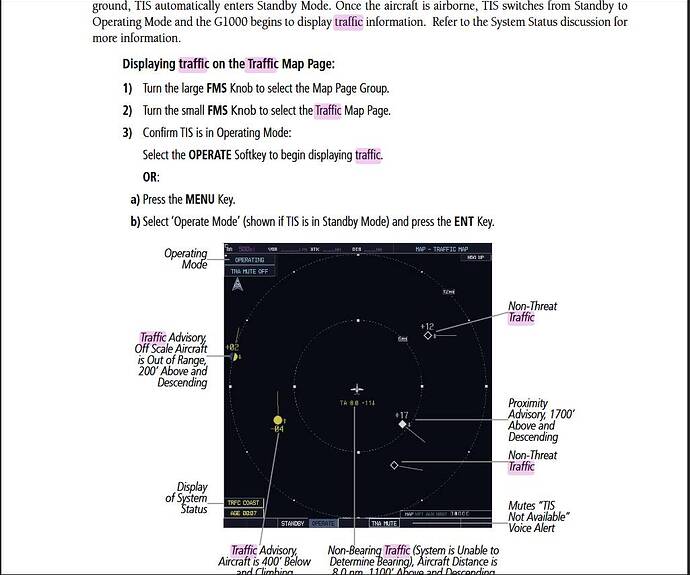