Just a day at the beach, Lets us talk water, waves and textures

In this thread i would like to see opinion on were this sim goes in the near future for i think the signs are there.
Flying along the coast between cairns and cooktown near daintree i was suddenly fascinated by the waves in calm water and deceide to land on this piece of beach and looked at how the water was rollin onto the beach and looked at the texture of this beach missing the tidals ( tried with date and time change) but texture looks and indicate, like the water should come in further to the shores when it is high tide. 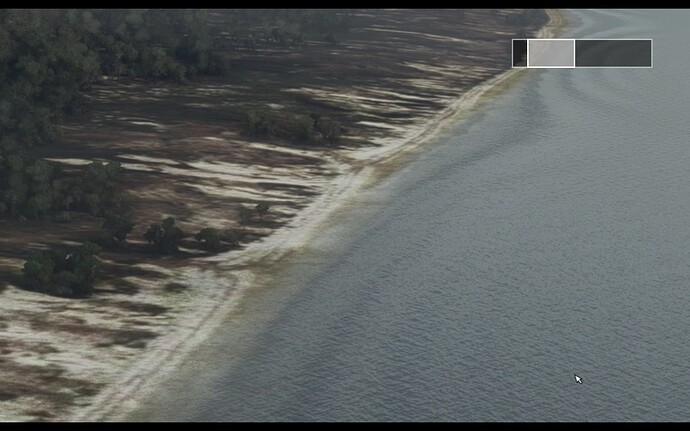 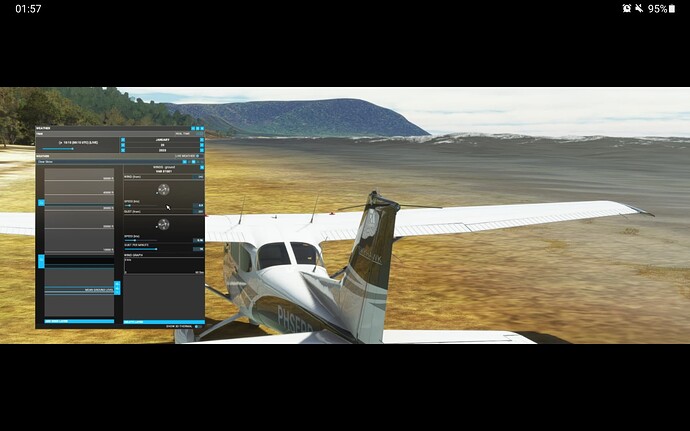 Also it should fill mangrove forrest with water. Which bring me to my next prediction why rivers have these blockade where they meet the shore and oceans or seas indicate they will be further develloped by Asobo or partners for sure it has something to do with the winds and the plane when it fly from sea to land or land to sea
You can see in these video s i uploaded youtube to get discussion going on all of this
The videos are with no sound so its boring but u can get your own music to one you like while watch and see the winds change. Also one related to rolling cache and stutter. 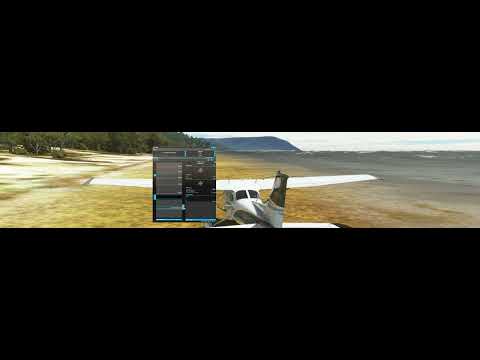 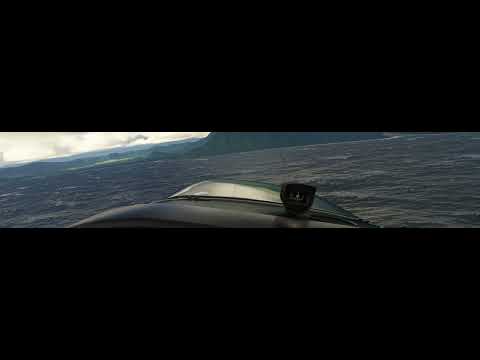 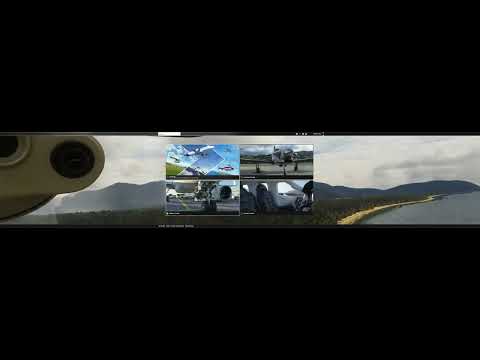 Anyway enjoy and let community know if its bugged or future

Currently the sim is “half wrong and half right” (Jörgs words) in regards of tidals.
But maybe we get working tidals in the future, as it is no rocket science to calculate water height in dependency of moon, sun and wind.

Tidings would be nice as would be rolling waves with more draw back from the shores and beaches so they would really roll over,
but i believe they circle clockwise with devellopment of the sim just attend it bit by bit
The last two years i saw more places were development took place like underwater textures around the outskerries Scottland, they were there but looked unfinished while sometimes later it was all neathly and tidy.
As i think there is no need for a solution in this topic just patience.

Water for now is like it was in FSX but with 3D waves on top. It’s far from being great or realistic imho.

While tides would be cool it would be even better to see seaplanes and boats behave correctly, basically rolling with the 3D waves. When rolling ashore waves lack foam and waves on smaller water bodies should get smaller waves than on the ocean obviously.

When it comes to boat traffic there is also the issue that they always sit at 0ft - this draws the great lakes and rivers empty when using mods with routes.

I can agree with you, with the water is still basic,
but what i think if you have seen the above video with the c172 on the beach is how they use the reflection of the mountainshadow on the surface that makes water come to life,
It geteven better when some wind get some grip on it. And there is possibility of setting the waves from low to high to proper height field i mean you can set this with certain types of weather and it changes the foam to look more natural.

the only problem I have with the water in MSFS is the elevation problems - where there are giant linear ‘steps’ in the water (lakes, rivers, oceans) - also the coasts and shorelines where the water defies gravity and slopes up and over the ground - rather than stay flat along the shoreline.

If they will fix that it’s good enough for me 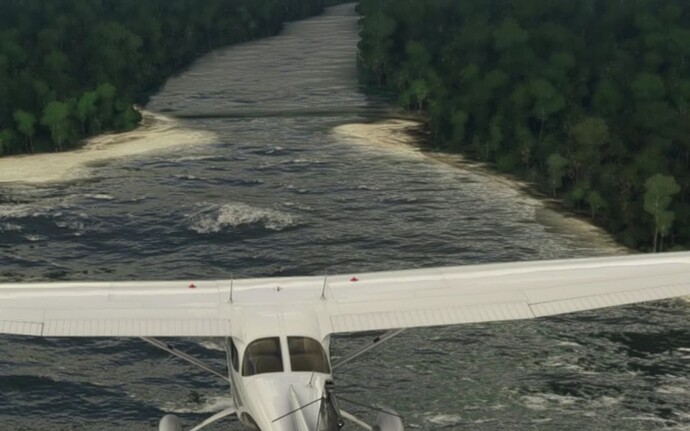 My thoughts on water are that I hope either Asobo or some 3rd party dev will take on the task of fixing the shapes and colors of the myriad of inland water bodies. One of the reasons I love to fly in Florida USA is because the PG includes some coastal marshy areas that I think look pretty good but there are many many rivers, lakes, and places like the Chesapeake Bay that just need some help.
Tides would be awesome and things like local flooding would really make the sim much more real but I suspect those things are way down the line.

In the picture i draw green and red sort off circle in t y e green the texture reveal some sort of waves foam which is on the beach texture the red is watermask, but with a curved pattern
In the sim the red is moving and takes up reflection from its surrounding am i right, now the texture in the green is some further onto the beach and is static.

But what do you think off this thought, suppose we would have tidings and the flood comes, what will happen with these static textures? 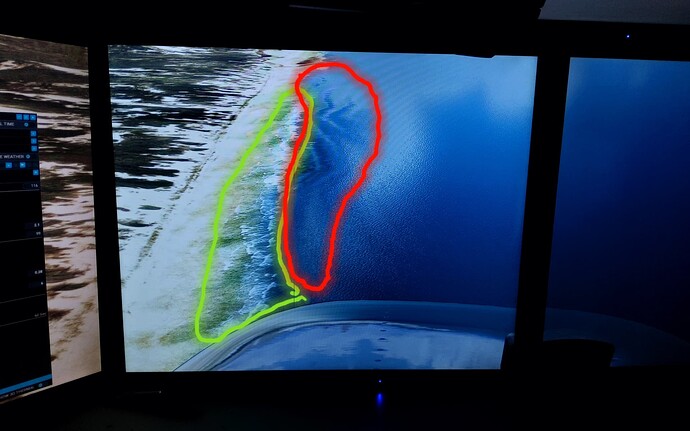 I think it will give an amazing natural effect. Dont you think
This thought can be prove off Asobo being very clever of programming mathematic and so step by step we will get a more mature and true to natural sim.
In this way of thinking i would be very carefull in saying that something iss bugged

Look what happens if i make repeated picture of great barrier reef with different cloud density and height.

Water for now is like it was in FSX but with 3D waves on top. It’s far from being great or realistic imho.

What are these other visually superior flight sims you all are using to make such statements?

Nice video i suppose it is droneshot where may i find this location for i have not discovered it so far?

Imo msfs is by far the most superior simulator but i can imagine that if you dont explore weather settings, the sim can be pretty flat and dull whilst there is much more capabillity already available.
Live weather can be fun but if not fully connected or lost connected with watersystem in the sim due lack of coupling in some of the data than it could stay behind, and we expect live weather is fully automated but also when surface winds lack tn this procces the mind tells you that the eye is missing some visual enhancement. So in this way i could imagine people tend to say it is inferieur to other sims.

What are these other visually superior flight sims you all are using to make such statements?

There are none. That’s why I made that statement as there is room for improvement across the whole genre with MSFS clearly being the prettiest.

However other flight sims like DCS have some strengths here as it’s not just about the visuals - for example try landing on an ocean in MSFS with your amphibian Cessna 172, there will be no issue at all. Try the same thing on DCS with such rolling behaviour and you may end up inverted: 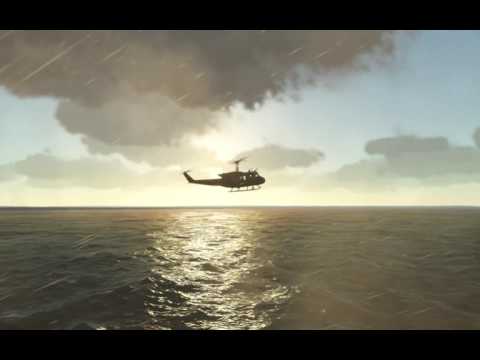 On other games/engines you will also find things being made better, especially up-close like transparency, friction or how water simply rolls onto beaches and creates a slight level of foam like in RAGE engine but stays calm in inlands and harbours (GTA V and RDR2 especially): 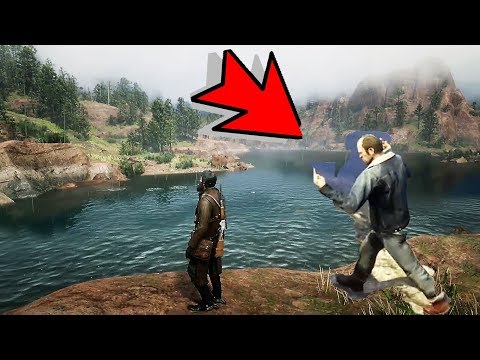 I’m aware that you won’t likely see something similar in MSFS but in theory it’s technically possible. It only depends on cost and complexity.

Did anyone else lose ‘Ultra’ as a water setting in the menu? I now only have Low Med and High. its been that way for a while but I don’t know when I lost that Ultra setting.

For the water setting as far as i know, since game release, there never was ultra, just low medium and high which set the resolution of ocean heightfield and works differently than land textures but is concearning to the watermask as far as i understand.

there never was ultra, just low medium and high which set the resolution of ocean heightfield

I guess I’m remembering wrong. I thought maybe I had found why I never seem to see whitecaps anymore.

I’m aware that you won’t likely see something similar in MSFS but in theory it’s technically possible.

If a console game from 2013 can have transparent, flowing water with waves that move the player, there is no reason Flight Simulator in 2023 can’t, or shouldn’t. It’s more about the number of developers they have rather than technical limitations.

Saying Flight Simulator has the best water of any flight simulator isn’t really saying much when there have been like four titles in that genre in the past 20 years.