I have been struggling to properly setup the mixture lever to avoid that I accidently cut off the engine.
After several trys the following settings work perfectly:

First I setup an axis for high - low mixture: 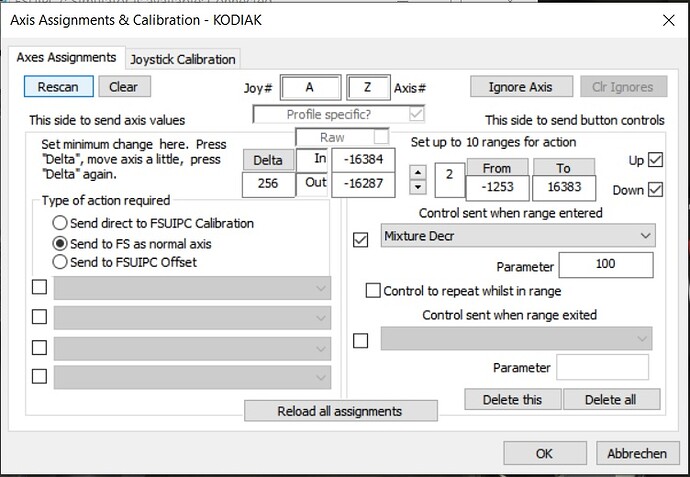 Then a button for mixture cutoff, that’s the when the Honeycomb lever is pulled fully backwards into the button position. The problem was to find the value for releasing the button to avoid going back to high mixture immediately: 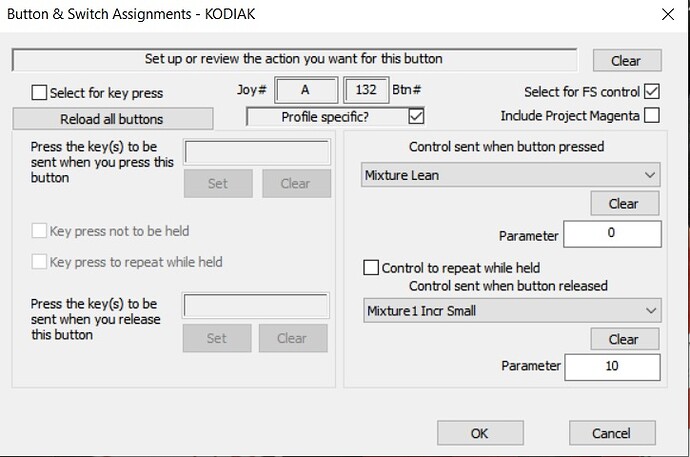 This video contains a great walkthrough. 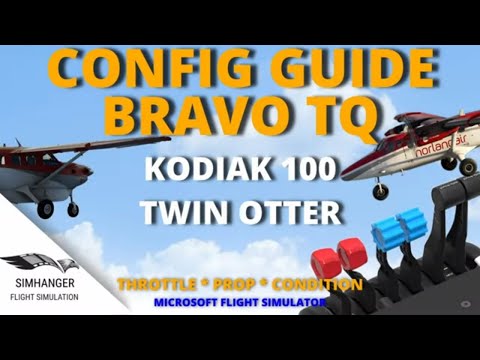 The kodiak is a turbo prop and they don’t have mixture levers. I believe you mean the condition lever.

Of course! But in FSUIP the mixture setting is used. I don‘t care how it‘s called as long as it works!

The answer is like, six minutes in on the video above. It shows how to do it in sim, but the idea is the same for external programs. You will need to reduce the sensitivity of your condixture lever. So it goes into idle at low, and cuts fuel at detent.

As the topic clearly says, this is for people who use FSUIPC INSTEAD of the MS inbuilt calibration !

I already had found the video but it didn’t work with FSUIPC only. So I wanted to share my knowledge in case some other FSUIPC user has the same problem.

Glad you solved your own issue… I was just trying to give you a template to work from, Buddy. Don’t shoot someone who is trying to help. I acknowledged you were working in a different app. You also weren’t getting any replies…