I was of course simply referring to its performance rather than the engine type, which seems to be way more than I am used to in the Kodiak. Near vertical takeoffs are possible in it.

So they are both PT6A but the Quest Kodiak actually has the more powerful variant.

If you haven’t tried the analogue Caravan, please do. It seems to me like they got a decimal point in the configuration wrong somewhere, it really does.

I’ve been using an old CH Products yoke and have had no issues with the pitch control on the Kodiak. I discovered a while ago that trying to use a joystick for GA planes is much more challenging. Even my high-quality Warthog joystick is too unrealistic for GA for me.

I have no idea if the Kodiak or the Caravan have realistic flight models, I have never flown either. I doubt that most on here have either.

I do know that the Kodiak on my setup is as twitchy as hell. I would not think the real thing is quite as bad as my experience in the sim, if it was it would be a danger to everyone.

I have to adjust sensitivities every time I fly the Kodiak to make it pleasant flight…I then have to adjust them back when I make a flight in the Caravan or 172…and that is a pain when you have limited time.

Save those configs out so you can change them with a mouse click.

You can just save a Kodiak profile.

Unfortunately due to the refusal of people with short throw devices to create a profile and save it they have decided to artificially make the aircraft unrealistically stable just so it will work better with short throw yokes like the Honeycomb and with joysticks in the next patch.

I dont understand there is absolutely zero challenge with the kodiak. It demands no skill or practise? I would say its down right booring to handfly. Probably realistic but why do people say its challenging when its easier then a cessna 172?

Even the vendor admits there are issues with the plane flight model, particularly in low power modes. Did you read some of the posts in the main Kodiak thread?

For sure get it. It can be a little squirmy on takeoffs if you aren’t trimmed right but it’s a joy to fly.

Yes and I for one am hoping it doesn’t dumb it down to the point of being boring. I like the way it behaves right now even with any sim limitations.

I like the way it behaves right now even with any sim limitations.

Indeed, on my fulcrum it is perfect.

I am actually stunned that people think the Caravan has a better flight model just becasue it is dumbed down and easier to fly.

I would suggest that everyone’s setup is different so folks have different experiences.

Being smug and playing to the crowd while implying that someone’s skill set is inadequate is not a good look. Take my word for it.

I am actually stunned that people think the Caravan has a better flight model just becasue it is dumbed down and easier to fly.

But there is one plane among dozens of others in various simulators, that is standing out like a lighthouse because it is constantly crashing and stalling and showing flight dynamics that feel absolute strange and “off” compared to everything else that has wings or main rotors:
The Kodiak.

Half of the time it is not even possible to start with that Kodiak without crashing or almost crashing it, I cannot land without crashing it or getting some stall out of nowhere or whatever, controlling this plane feels as satisfying as controlling a sheet of tinfoil in a storm (which is ridiculous for a high-winged plane, high-winged planes are all easygoing and very forgiving)… that´s why I would personally consider the flight model of the Kodiak as bad.

But this is just my personal opinion. If flies like a rock.

I really tried hard to like it - but not with this strange flight dynamics.

I’d like to see a video of you trying. You are clearly doing something wrong somewhere as the Kodiak really isn’t that hard to fly. I can get smooth landings at Bugalaga with it, and even before they reduced the P-factor I was able to get decent takeoffs at MTOW. That required a lot of right rudder, and a very shallow climb out.

Later versions have made it easier to fly in that regard. 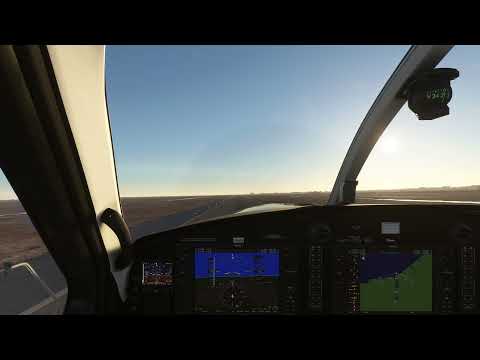 Caravan with performance mod is great, but unfortunately the main dev of that mod is stepping away.
Still, it’s open source so you can tweak it yourself.

The Kodiak is very nice but, as noted by many, the flight model is definitely off (no matter how you might try to defend it). I can fly the Kodiak just fine btw, even into PNG tight strips like Boridi (Porter shown below), but it’s not as solid as the Caravan or Milviz Porter atm. Yes, I know about sensitivity settings and different controller profiles, and no, that’s not where the problem lies. As OP notes even the dev of the Kodiak admits it currently has “issues”.

It was way better before the last couple of updates (when they added the dodgy ESP system, then reverted it) which turned it into a twitchy pitch porpoise, but hopefully the upcoming FM update will take it back to where it used to be good. Last I heard they were not going to release that until SU10, which wasn’t a good idea considering how twitchy the current FM is.

A bit late, but with good reason, here is an update on the Kodiak packages.

A big flight model update was delivered to us this past week, which will improve the response of the aircraft. Many people complained that the plane was very sensitive to pitch input, something we attributed to the short travel that most desktop yokes have. After a long time of tweaking and balancing, the next update will improve this aspect of the Kodiak’s handling.

Additionally, the plane was low on power after SU8. The new flight model significantly improves that issue.

Next, the float plane: the flight dynamics are done, and the plane can float reasonably well (?), given MSFS’ flight model limitations. We want to fine-tune some bits with the ground handling and a couple of code bugs, and the plane will be ready to go to Daher for final checks. 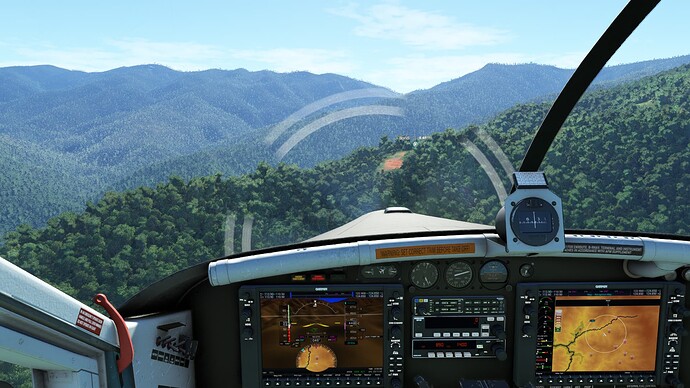 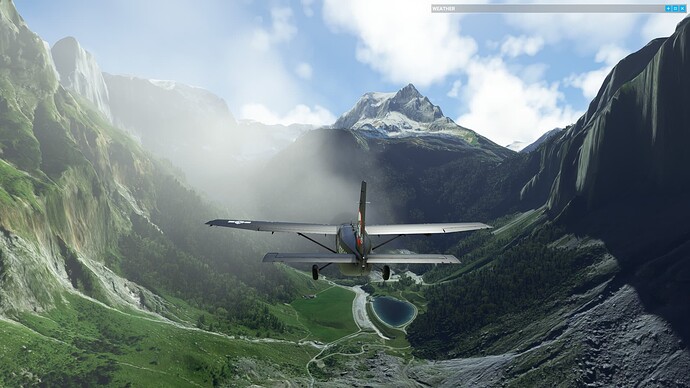 I’m definitely waiting until reviews are posted after the next update. Until then, I will focus on other aircraft.

I’d like to see a video of you trying. You are clearly doing something wrong somewhere as the Kodiak really isn’t that hard to fly. I can get smooth landings at Bugalaga with it, and even before they reduced the P-factor I was able to get decent takeoffs at MTOW. That required a lot of right rudder, and a very shallow climb out.

Later versions have made it easier to fly in that regard.

Agreed, though you did use a high rotate speed - below is a typical (as in far from perfect) medium load take-off for me from my home airstrip (4500’ and about 20 degrees Celsius) . Torque (1470) and Vr (60 knots) are pretty much by the book. Fulcrum Yoke.

I still suspect some people have genuine issues that need addressing but some others are ignoring rudder trim, jamming the throttle to the firewall and jerking back on the yoke.

With the low power issue, there does seem to be a tendency for power to cut once torque drops below 700 or so which might be what people are talking about.

Though to be honest posting videos and discussing this any further is getting pointless when a patch is due out. 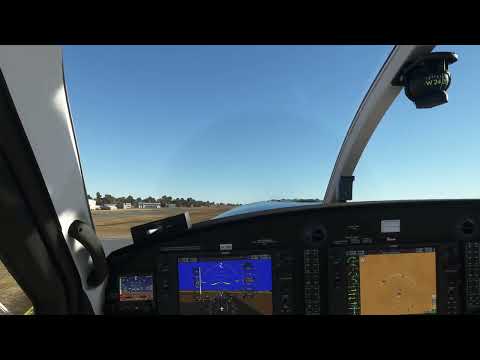 If it was really smug to suggest that an issue someone else is having is perfectly fine for you then this forum is riddled with smug responses. If you don”t accept that people having different equipment and skill levels affects the way they fly then you need to be more realistic. That’s not smug but simply trying to explore reasons why there is a difference.

this forum is riddled with smug responses

Pretty much this. And a lot of people equate hard to control to realistic. Which is far from the case irl. They seem to take this as a rite of passage or what have you. These planes are designed for high workload, single pilots in a bush environment. If they were hard to control, then there would be a lot more people dead. The squirrelyness can also be hardly addressed by curves. Why? Because a non linear response is even worse. It will feel off to anyone who ever held a yoke in a plane. It just is so irritating. The only planes in the sim (that I own that is, I do not have all) that convey a somewhat believable control surface response with consumer grade (honeycomb) hardware are the Just Flight Arrow,Turbo Arrow and the BlackBoxTrislander.
There is no “dumbing down” going on when twitchiness is addressed. No plane I ever flew felt twitchy on any axis.
That being said, I really like the control response of the Caravan more than the Kodiak at the moment. It feels more predictable. The Kodiak is the only plane that I regularly fly where I feel that it is very hard to get a smooth rotation or a stable approach even in calm weather. The Caravan feels overpowered somewhat and I saw no response to the inertia separator being pulled while having ground operations.
More systems in the Kodiak are simulated (like climate controls) but they are both hampered by the somewhat dodgy turbo prop implementation in MSFS.

All in all, both are a hoot to fly in my opinion and if I had to recommend one as per OPs question I’d say it comes down to the willingness to spend money really, as they are both not very complex planes, have the same G1000 suite in the game and really a comparable flight envelope. If you want to spend the cash the Kodiak is a nice plane that has its own set of problems (as every addon does) that brings some things like a more pronounced P Factor and climate controls to the table. If not, take the Caravan. Neither will be more “realistic” than the other given the limitations of the game regarding the flying.