Lag spikes making MSFS unplayable for me - I can't fix it

Hello! For over an year now I have been dealing with this issue. I have a GTX 1060 with max Q design and an 8th Gen Intel I7.

Here is what happens: Whenever I load up either MSFS or X-Plane 11/12 this starts happening. The game runs like butter for one or two seconds, then the GPU peaks for some reason, causing a massive lag spike that can last up to 15 seconds, then once it’s done peaking it speeds up for a second to pick up the lost time and goes back to normal for a second or two before lagging all over again.

This happens in any settings, low-end, Ultra, but the worst part is, I could run it just like butter before. Around august 2020 I started getting this issue with X-Plane 11, then when msfs launched I ignored it for a while, but around december 2020 it started happening again. 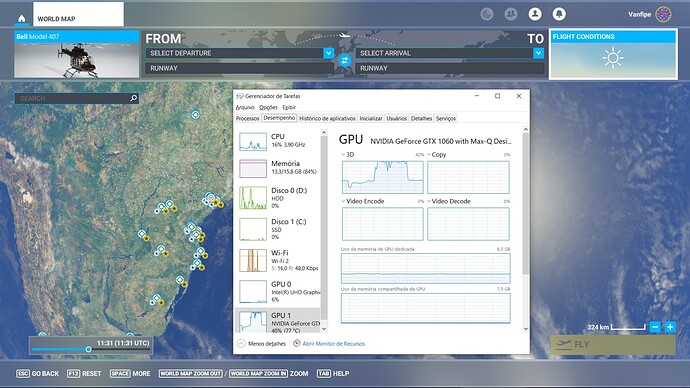 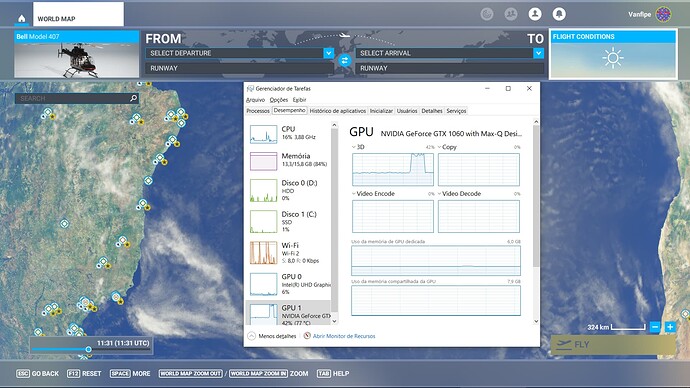 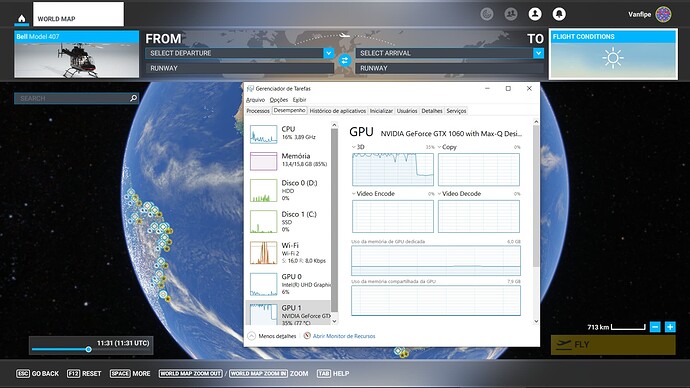 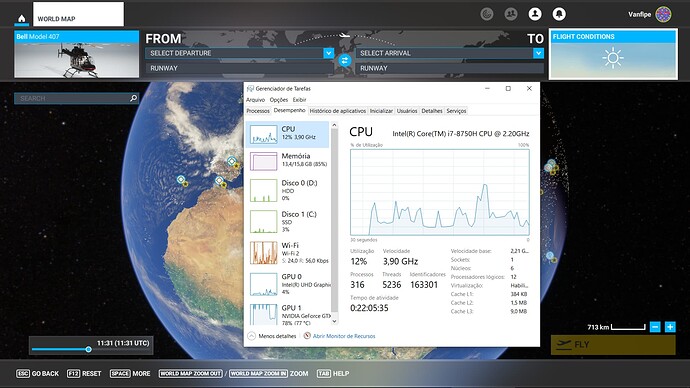 Whenever you see the spikes, that’s when it lags.

Here are some video examples of how it happens, and if you’re wondering, yes, it does happen in the game menu. 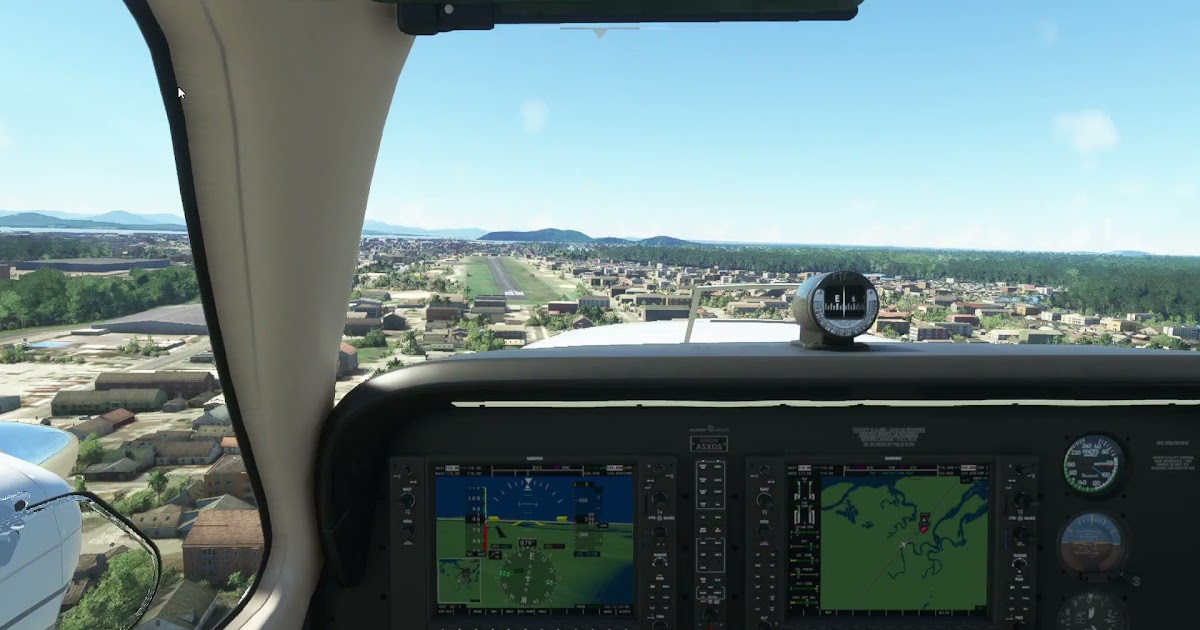 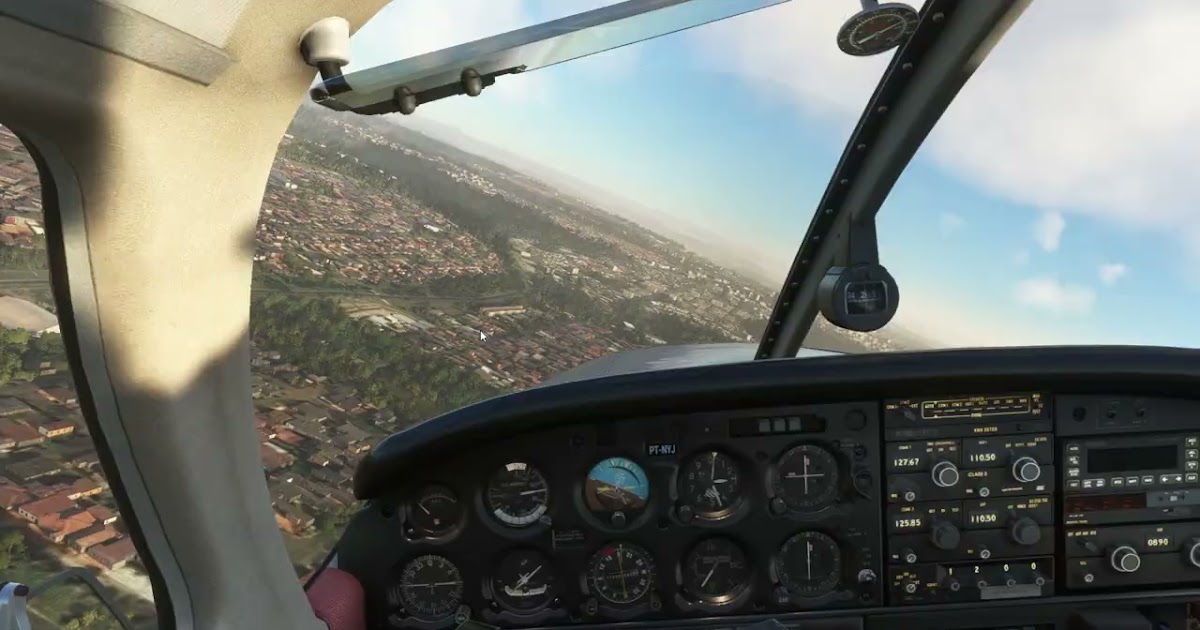 A friend suggested me it could be the GPU going into a power saving mode, so I have set every power management setting to avoid going into power saving with no success. Notice that in the videos there is nothing else running except for MSFS and the game bar recording. I have read online that it could be a malware, but I have scanned every scan that could be done in the PC and also have found nothing.

Forgot to mention this also happens with community empty!

Clear your rolling cache and then create a new one maybe? I’d a similar issue after SU11.

The other thing I’ve done a couple of times is install it on a completely rebuilt PC, and on both occasions it worked flawlessly out of the box.

I have a laptop, so it’s impossible to rebuild it.

I think I’ve tried clearing the rolling cache a few times before, but it’s worth a shot again. At this point there is nothing to lose. Thanks mate.

Also, note for the next ones. The issue doesn’t happen only with MSFS and XP11/12, it happens with other games too. Everything except for minecraft for some reason.

This Vid might help with ensuring a Stutter / Lag free enjoyment of our beloved Sim. 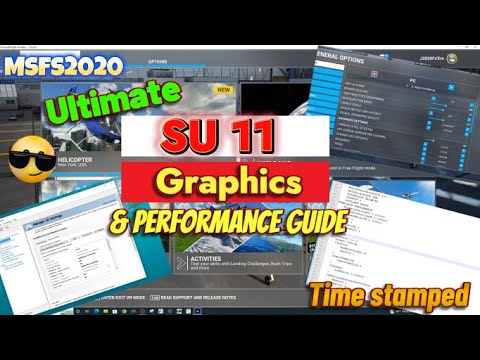 That reading is showing the gpu core temp…not the vram memory temp…that could be overheating (being a laptop, probably even better odds) blow out the vents, and if you’re able, consider opening the laptop and replace the thermal paste on cpu and gpu.
Make sure in Nvidia control panel to NOT have Prefer Maximum performance selected…will only keep your gpu hot.
Also you’ll get less heat and better performance if you turn hyperthreading off imo.

Try running GPU-Z (GPU-Z Graphics Card GPU Information Utility). It provides a lot more info than Task Manager and might provide some clue as to what’s going on.

Thanks mate, I’ll run it and give it a try!

Are you on Wi-Fi? Try a cable network connection…just to see

I tried it, didn’t fix it. I don’t think it’s internet related as it happens on multiple games, even offline ones and I’m not using xcloud.

Try searching for an called Throttlestop. I al;so game on a dell laptop (Mt travel system) with a 1660ti Max-Q. I use throttlestop to lock the CPU to 4ghz. This will help with your CPU from Throttling. Hope this helps.