Landing at Gatwick (EGKK), and some pics of me parked, and the airport itself

Enjoy! You can find the open source airport here. 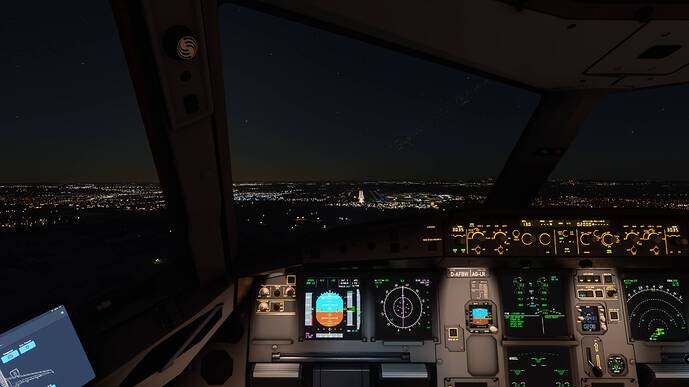 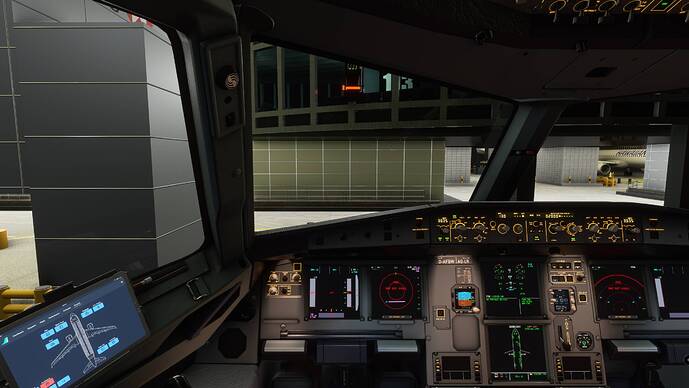 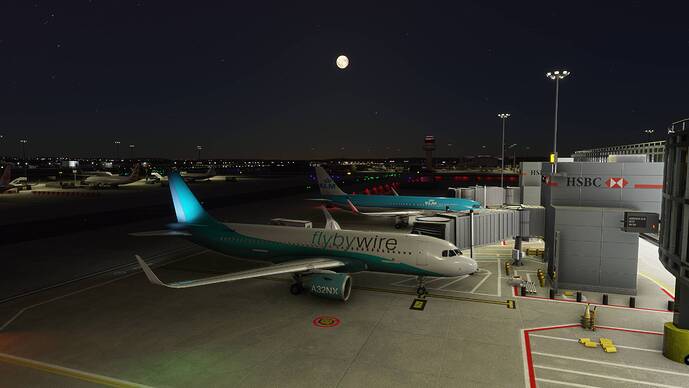 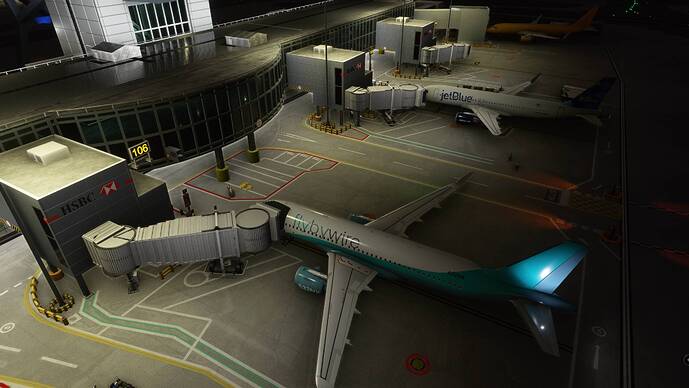 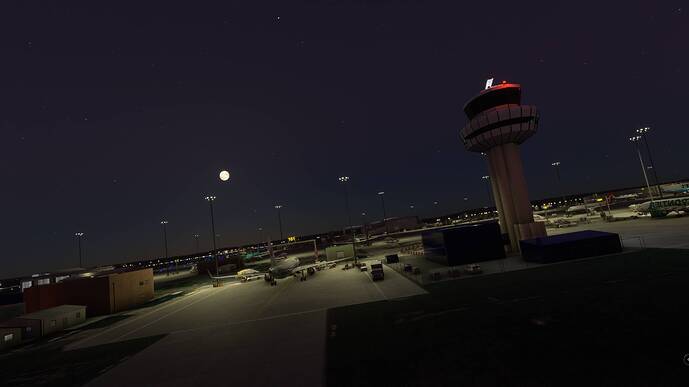 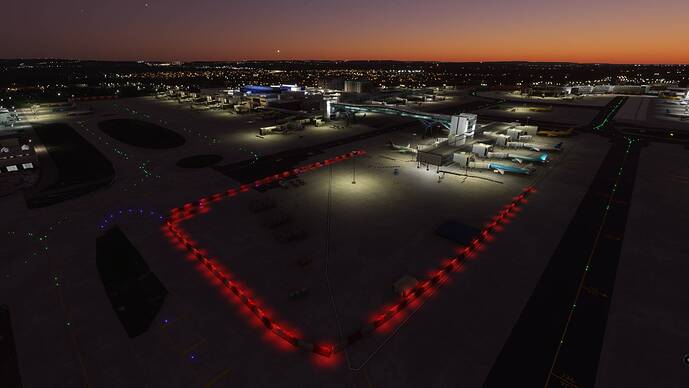 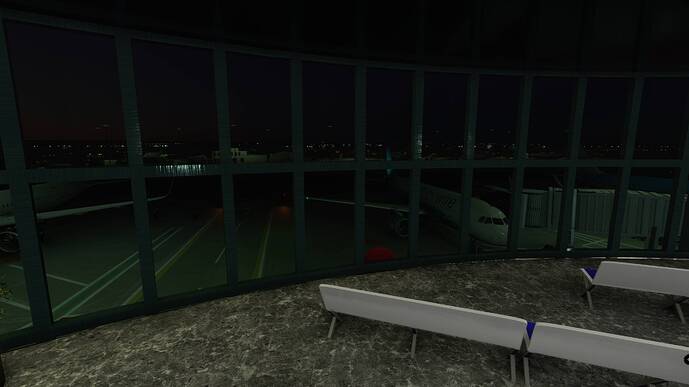 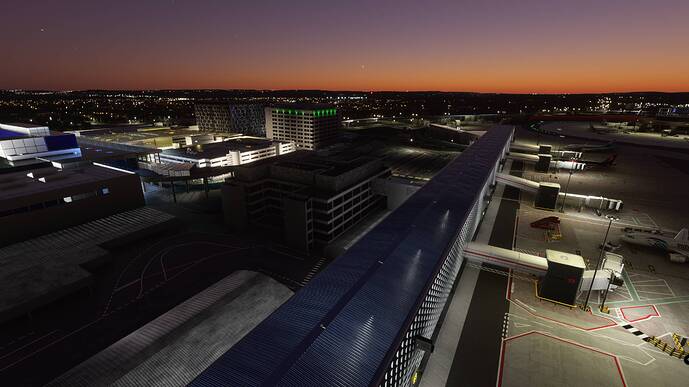 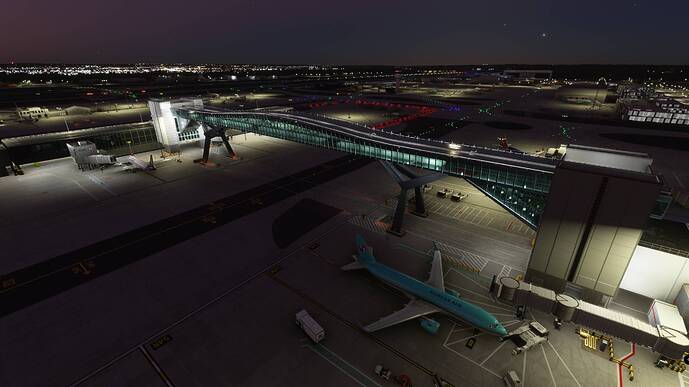 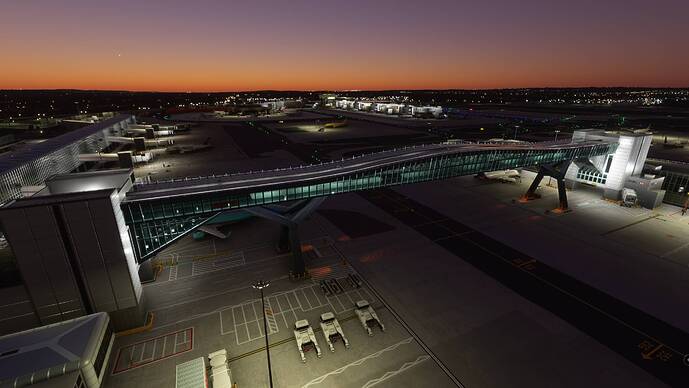 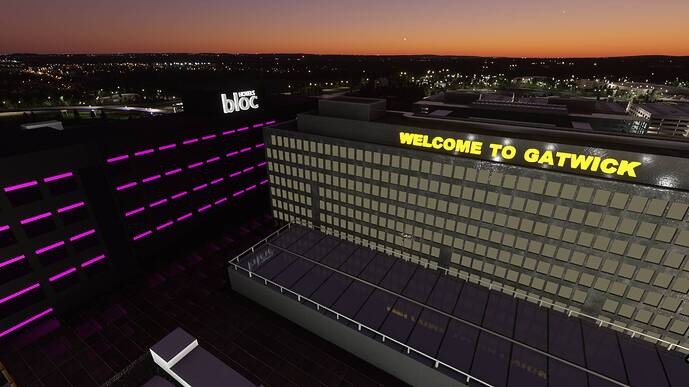 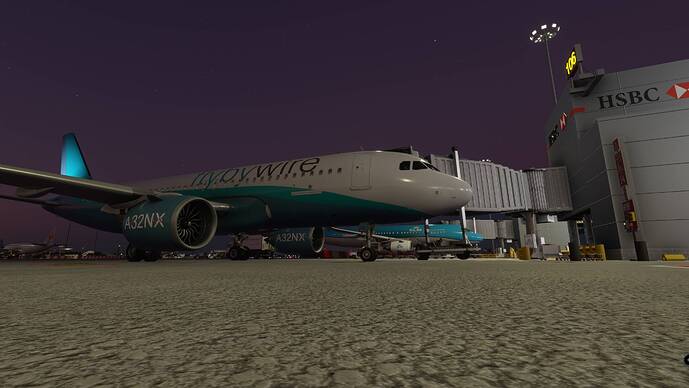 Been using it since day one and still the best free airport out there. Mark has done a brilliant job on it.

Maybe the best airport, period. Free, paid for, or even what comes with the sim, even the “bespoke” airports. (A word which I had never even heard of until MS2020 came out…)

Awesome shots Kev! That night approach with the city lights reminds me why I really am flying X-Plane and P3D much less these days. And the rock stable ILS approach you have going on in the A32NX - Yes! So freeware A320 and community scenery? Off to get that one added!

@Fmgc320, in my opinion it’s the best airport, PERIOD for MSFS. Freeware, payware, or even the stuff included in the game, nothing tops this one. But it requires an absolute beast of a rig to run, and I’m not completely sure if mine is beastly enough yet. Gonna retry the flight in a few mins to see what happens.

EDIT: Oh, and I’m really looking forward to FBW releasing their VNAV, that will really put the A32NX into the next level.

Beast of a machine you say? I’m off to test it out!

I just abandoned a post and decided to just let it ride. But I’m really sick of the “I’m done” posts. Why do people feel the need to post their choices to give up on the sim because it isn’t perfect enough for their “hig-end” rig expense? If performance issues are being reported across the board, wouldn’t that point to an issue the development team can resolve? You just quit and walk away? Don’t get it.

That makes two of us. But dang, I kinda wish I coulda seen the post you “abandoned”! A lot of it comes down to people being unwilling to admit that they may be part of the problem. I interacted with a guy earlier today who’s trying to run the sim on an old i3!! And getting pissy that it didn’t do what he wanted it to! 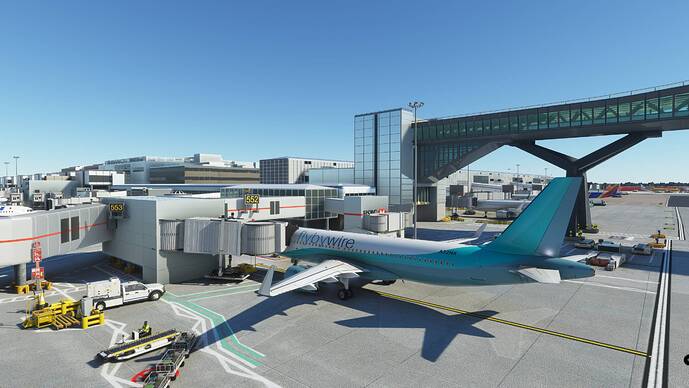 One of my favorites, in here and especially on Border Wars.

Yeah it’s a brilliant airport, it even has all the current WIP areas! Also I had a surprise when I saw the trains moving as I came in to land 26L - hadn’t seen trains in MSFS before… he’s got the monorail in there too.

With all the work that’s gone into it, well worth a cheeky little donation too imo

For the Gatwick challenge we used to do in the big sims sometimes - using a 320 and without exceeding any inherent aircraft limitation (ie no overspeed, over G etc, but alternate law is fine) take off 26L then 180 and under the magnificent bridge to pier 6 (watch the tail!) and then another 180 to land back 26L… start the timer when you apply power to take off and stop the timer once the aircraft has come to a stop!