I wish to announce that Microsoft has launched our new LearFan in the MSFS Marketplace.

This is an ‘advanced’ renditition of the LearFan by Bill Lear through his new firm LearAvia. My rendition is a ‘todays’ version of that plane. The exterior is nearly identical to the original, but with a modern day interior and state of the art avionics. This is a ‘what if’ version of what a LearFan would be today. You can say fictional, but the original never made it to a version with a finished interior. They (3) were test planes and the business was shut down after only a short while of testing. This version is what it might have become today if it had survived.

The package features 10 paint scheme variants, 7 interior themes, a glass screen system by Asobo, the AS3X used in the MSFS Beech Kingair, and has some neat little side effects like parking mode, luggage that can appear, icing effects and other features.

I hope you enjoy it. She was made to be fun, not difficult. There is a manual for her that explains most everything about her, plenty of screenshots to go by. You can download the PDF Manual to your phone or tablet device and use that for in flight data when/if needed. A PDF Checklist was also created for use on tablets. 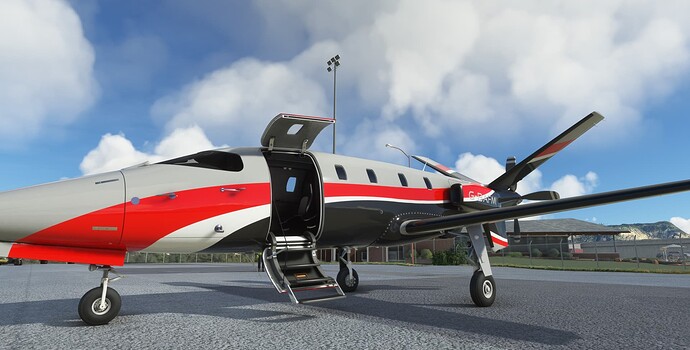 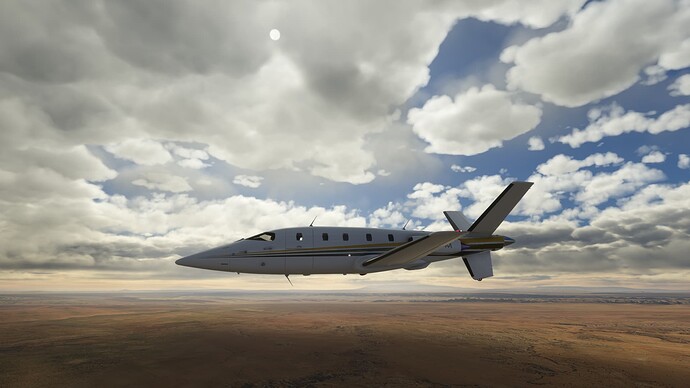 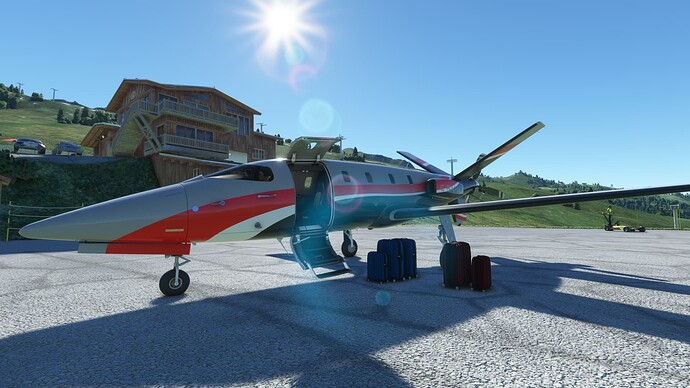 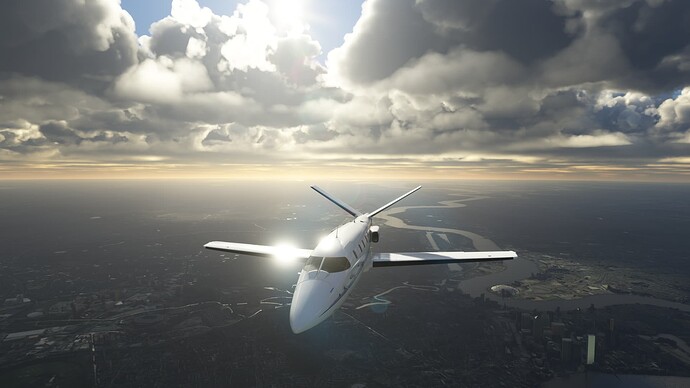 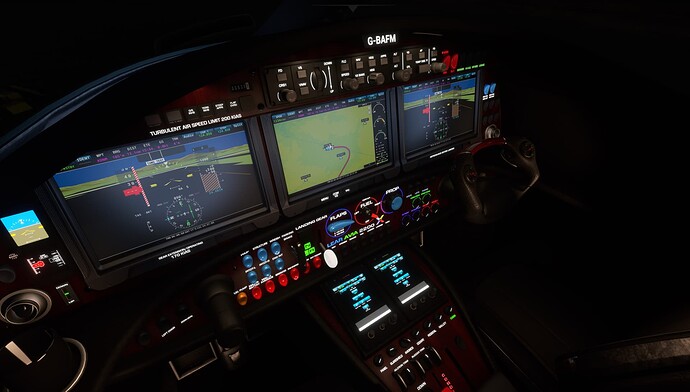 I hope you enjoy this glimpse of ‘what if the LearFan made it, what would it be like today…’

It looks pretty good so that’s a good start.

I’ve known Bill for a long time, and this plane has always been one of his favorites!

I’ve known Bill for a long time, and this plane has always been one of his favorites!

Any of you guys try this plane yet?

I know this will probably get deleted. Don’t buy. Major disappointment. So many bugs, Bad flight model. How did this even get to the market place? I was so looking forward to this from this reputable developer. No idea what went wrong here. Hold on to your Dollars until they fix this.

I absolutely love classic Learjet stuff. And I’m a sucker for anything with a spinny stick on it. Usually I’d be first in line to buy such an aircraft. But on this one, I’m drawing a line and actively boycotting it.

Here’s why: it’s not a proper Lear Fan with that cockpit. There were only ever three Lear Fan prototypes and the type never entered production. So none had ever cockpits that looked like this - they were mostly analog instrumentation.

Now, it’s Bill’s prerogative to build his stuff the way he wants. But he actually previously made a Lear Fan in FS2002 that had analog instruments. Though he actually mentions on that page that he’d like to put out an all-digital cockpit… guess he finally made good on that desire 20 years on.

If you’re doing a type that only really existed as three prototypes, in my opninion: you should make it a proper replica of THOSE aircraft. Or offer the option of both digital and modern instrumentation, like many other developers do.

So, I’m not buying this one. And I hope that one day another developer will make a proper Lear Fan to honor the company’s historic legacy in a proper way.

Unfortunately I made the mistake of thinking that Lionheart will make something representative of the real thing and on that basis bought it. I was so excited for this as I love the original aircraft. I should have waited for reviews but my excitement got the better of me.

So many things are just plain wrong with this attempt:

Dam I’m so miserable buying this. Will have to wait for someone else to do a decent job next time. Also last time I ever buy anything from Lionheart.

Thanks for the heads up. I too saw this in my email, but I thought of the Trinidad TB21, and it’s reception. That 's a shame.

I can see the Trinidad is on the JustFlight store, but I didn’t see this. If it were to be available outside the marketplace, then at least the community could have a go at improving some of these elements.

The biggest JOKE is the developer even added panel switches to turn external scenery elements on and off 3 of them - why not create a EFB and have those in there.

Out of all the things you cite, I feel this is the least important issue. The JF Arrow/Warrior have a toggle switch in the panel to turn the tablet on, and off, and I’ve never read anyone complain about that.

If you think about it, using a tablet to press a button to remove chocks is as equally unrealistic as throwing a switch. The tablet just looks neater, but does not make it more unrealistic.

Thanks for all the reviews. I have all of Bill’s planes made so far, but sound like I need to pass. I hope he can continue to make improvements.

Agree. - the blackbox Islander and Trislander aircraft have discreet switches that work perfectly without detracting from the cockpit layout. In fact an EFB for the Islander or Trislander would look pretty unrealistic and out of place.

In fact an EFB for the Islander or Trislander would look pretty unrealistic and out of place.

EFB’s (or better tablets) can and have been added to all kind of aircraft. I and many others fly a Cessna F172N (built in 1974) with an iPad on the Yoke. We’re just going with the time and adding to situational awareness and gathering information. Nothing else like putting a portable GPS on the glareshield.

Just rated this plane 2 stars. As said in previous post, a lot of the stuff doesn’t work.

And that’s just the start. It’s like he designed the plane and cockpit himself without looking at the original… flies like a brick, I took off at 40 kts… wish I never brought this. One of the worse planes on the market place.

The Islander used to have two dipole switches on the panel for turning off both yokes. Some of us pointed out that other planes have an interactable on the yoke to hide them, and on the hole when the yoke is not there to un-hide them. The next release had those options, and the switches were gone!

Guys, did you take a moment to read included material?
This Lear Fan is not the 2100 version, but a futuristic version 2200 that envisioned changes that might have brought it to new standards.
It you search on the net you will find pilot notes that refered to much flight instability and basic unreliability of the two engine one transmission module.
Bill tried to update all and make this a more reliable and stable version.
I am sure updates will be forthcoming.

I wish I hadn’t been so quick to buy this. I don’t care about most of the stuff mentioned by others, but I HATE the avionics choice, and the default TBM sounds don’t work for me at all. The pitot CAS message stays on for me too. I didn’t fly very high, but the manual points out that you need to flip the switch to pressurize the door if your going above a certain altitude. The manual actually explains a lot of the decisions made in the aircraft. There’s not a lot I dislike about it, but it’s enough that I feel I should’ve waited. Especially since it’s on the stupid marketplace.

I’m hoping there will be some good updates for it, but I don’t expect much. Lionheart certainly isn’t BlackBox. I think I’m going to stop buying anything at this point. 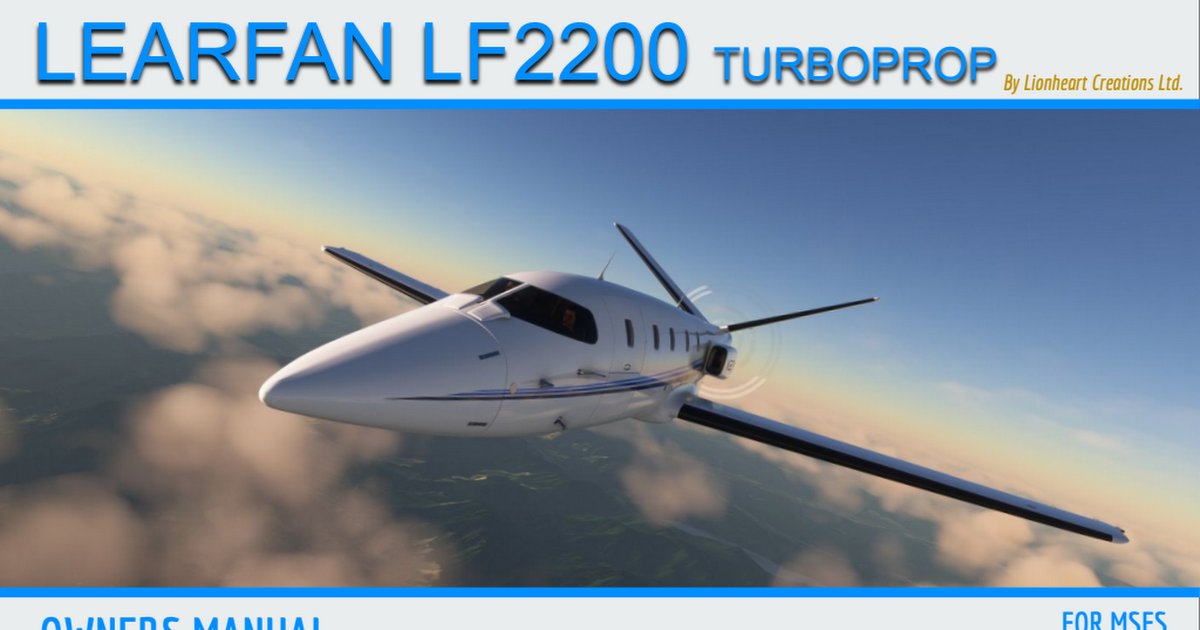 Glad I have waiting this one out.
My previous experiences with Lionheart on MSFS haven’t been brilliant so I was a little sceptical anyway.
Thanks.

Yeah. I absolutely love the “weird” looking planes that pop up every now and then when surfing the web.

I watched Pilot0083’s video on it. He liked it, but after reading comments here, I think I may wait as well.

The plane looks great, but I’m not a huge fan of the “colorful” instrument panel. The flight model seems fine from my personal standpoint from what I saw and the price isn’t bad at all.

I always tell myself: “If it costs more than a tank of gas and it’s not something you need, it ain’t worth it…”

But, with it now being nearly $80 USD to put gas in my little Subaru, I’d much rather stay home and play Flight Simulator.

Problem is to read the manual I had to have bought it which I did, only then to find out it’s a fictional version.