eteoblue’s modelling is correct i.e. no cloud. FS2020 served up loads of cloud

Yeah maybe, but the UK has been under this high pressure for many days now and it’s been pretty much wall to wall blue skies during the middle of the day, for about a week. Something went wrong but i don’t feel I can trust Asobo’s “live weather” without checking it against rain radar, sat images etc.

Interestingly REX weatherforce weather isn’t a particularly good solution either as it presents weather based on the nearest and most recent METARS. This gives accuracy for an area around a given airport but lacks the ability to resolve larger weather systems like approaching fronts etc etc. An amalgamation of the two concepts might be the way forward IMHO. 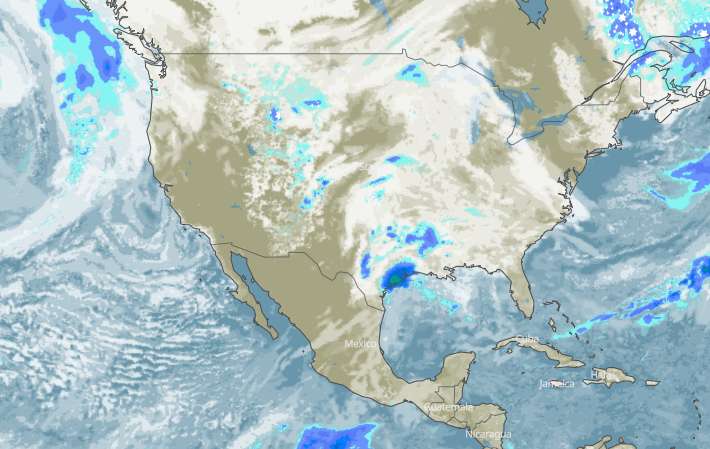 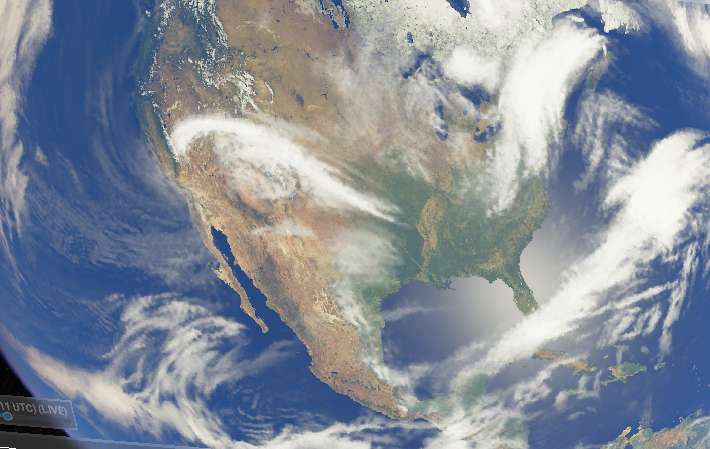 The lower photo from MSFS appears to be the weather for about 1200Z for Thursday April 22nd, so yes, it is delayed rather severely.

I’ve tried these types of squall lines, fast moving storms etc before and my result has always been the same as yours.

Current weather and flight in southern US are no where near matching. 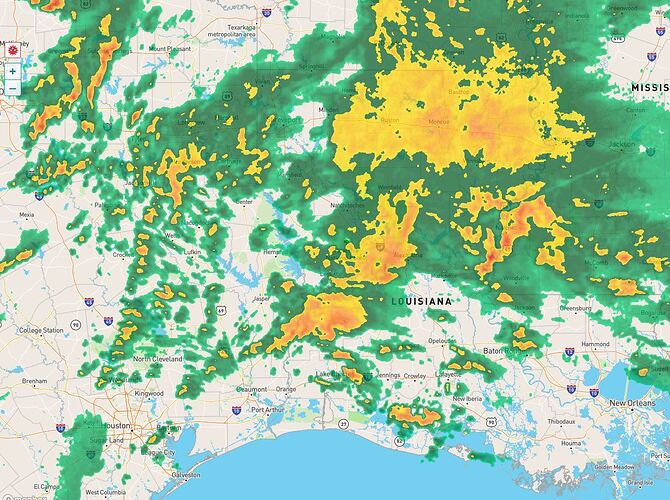 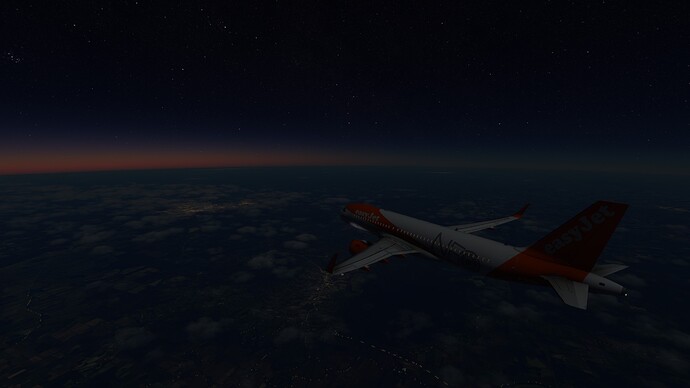 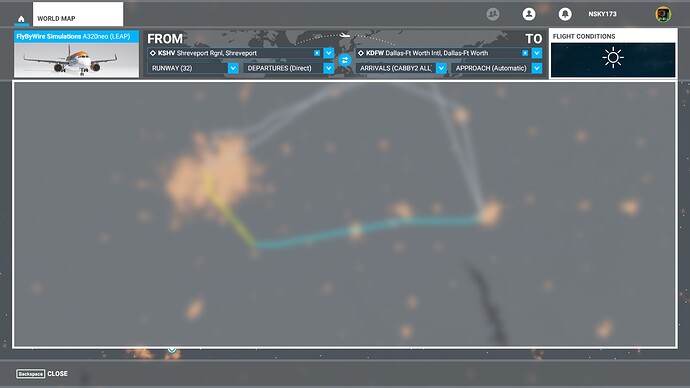 i’m in Montreal into the Sim. Heavy rain and cover until Labrador coast

but in real life the bad weather start just a little further the St. Lorenzo gulf 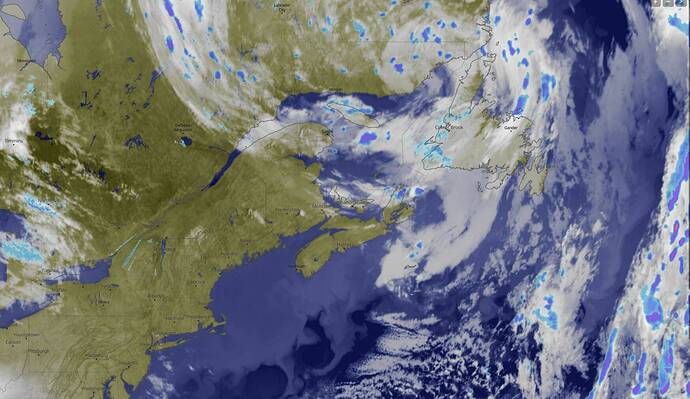 If I remember right, an actual “restart flight” doesn’t take you back to the map screen. You press Esc, then “Restart flight”, or whatever the wording is, and do not press main menu. It then reloads the flight just like it did before.

I’m guessing you quit the flight, back to the main menu, then got that issue you see there?

I can see from you image the “Flight Conditions” button at the top right is highlighted, as it has a white border. Compare that to the aircraft selector button at the top left, which does not. But for some reason the lower window contents have not been drawn. Could have flip-flopped between those two options to get it to re-draw?

I did ‘quit’ the flight rather than ‘restart’ it. The only thing that appears to get that page to work is quitting and restarting FS.

LIRF, Rome Fiumicino Airport. Live weather not matching at all. Completely clear skies and sunny in real life, but overcast in the simulator. And in general, according to MeteoBlue website, big part of Italy is without a single cloud, but in-game, the same big portion of Italy is kinda overcast. Would be nice to solve this unrealistic issue…

I’m currently over the aegean sea. According to both Meteoblue and other live weather maps there should be a significant cell with heavy rain over the sea. I can even see it on the FlyByWire Flightpad map.
But the sim gives me clear skies with only a few cloud sprinkles.

How hard can it be to finally fix this?

It’s clearly like the weather in the simulator is hours behind the real one. The big cell over Greece is present now in real life, but not got there yet in the sim.

I was looking at past weather and it appears that MSFS is using old data from a few days ago rather than using current weather data.

EDIT - looking at past weather history and WX radars, the sim is currently getting it’s weather data from 4/21/21. It’s 3 days old.

This is why we need a readout in the sim, from which forecast time the model is build.
So that we don’t have to guess when the wheather is stuck in the past, but can report it directly to Zendesk with the readout.

Well, people have been asking for historical weather, so… there you go.

Well the weather system (meteoblue) is not getting better that is for sure. It’s way behind.
2 days now, clear sky and 15 degree. Get in the sim, cloudy as hell and almost 0 degree!!
That is a pain for icing!! I don’t know what can be done, but after so many months it should be belter.
It’s almost impossible to get real weather right now!!

I will say this, the plane is reacting to the current weather (very bumpy in the stormy weather) just now displaying visually.

What is LIVE weather in any case, and what difference does it make, because whatever weather is in MSFS2020, is different, depending on where you are looking.

May as well be a Weather Random Generator