Live Weather often seems off, but it may be off by time zone rather than in quality per se. Flying yesterday morning in Florida (between Tampa Bay and the Space Coast following I-4) I found that around 8 am Pacific local time where I was playing – 11 am Eastern time in the simulator, a time that was correctly reported on the avionics display in the aircraft – I encountered heavy clouds that weren’t visible in current satellite imagery as seen in ForeFlight.

However, if I looked at cloud coverage predictions for the coming day, I saw that there were clouds predicted there between 3 and 6 hours in the future. Note that Eastern Daylight Time is UTC minus 4 hours.

It’s just over 5 hours later and the apocalyptic storm I encountered in my flight is now here. So I guess the weather in sim is now ahead of real world weather instead of being behind like it used to be.

I have not yet done a thorough research of this, but I did hear about some past problems on the forum where it seemed to be using past weather. Has something shifted where the time zone offset is being applied incorrectly in the forward direction, and predicted weather from the future is being used?

Has anyone noticed similar problems flying in other time zones, and measured the time offset involved? Does it match the offset of the time zone?

ForeFlight showing the current satellite data around 8am Pacific / 11am Eastern time: 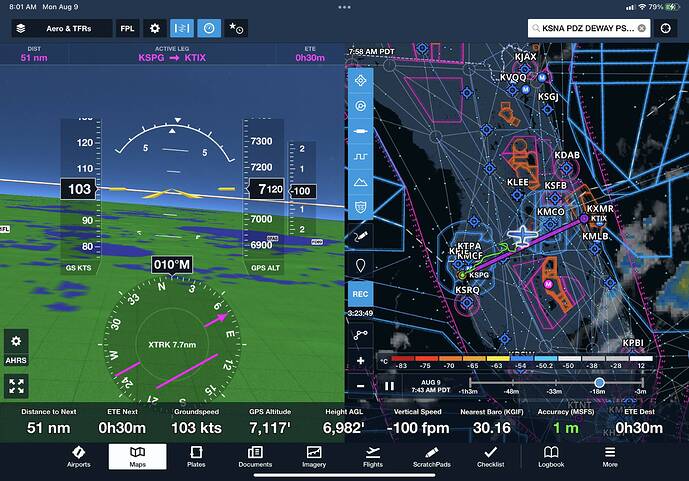 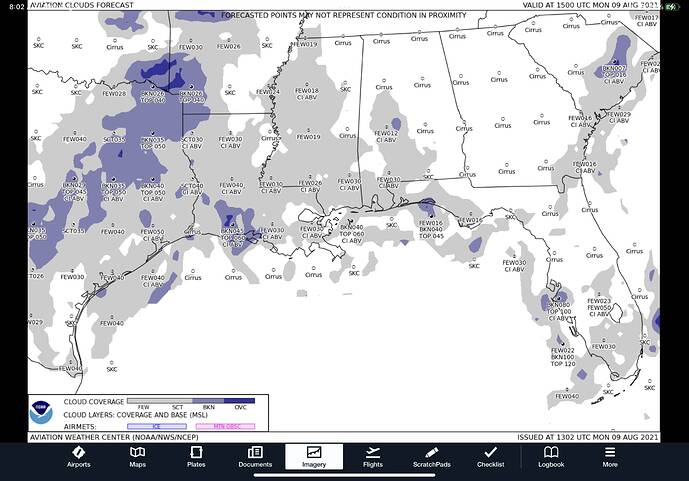 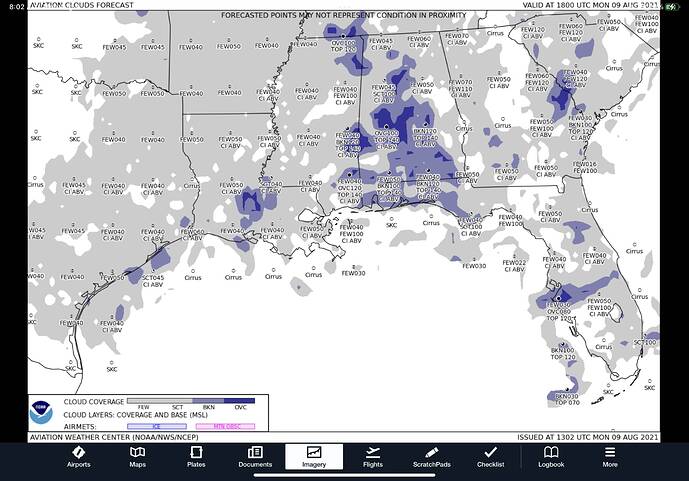 Done, but it didn’t give me a ticket number; it said only:

I’m definitely going to be keeping an eye out for this.

The storm I encountered at CYGK in the sim was the most intense I’ve seen so far. The volume of rain and intensity of the lightning seemed like something out of a Roland Emmerich disaster movie more than reality. Oddly, there was no wind associated with this internet storm, with my instruments showing 5 kts. It was so odd.

Yet outside my window, the sky was mostly clear and the weather was lovely.

Then exactly 5 hours later, all hell broke lose outside. Intense rain that flooded the street. I couldn’t even see the house across the street it was coming down so hard. And the thunder and lightning were ridiculous. And oddly, just like in the sim 5 hours earlier, no wind to speak of associated with this intense storm. I’d say the weather conditions were as close IRL to the earlier storm in the sim as you could possibly get.

The same very unusual weather system in sim as IRL, offset by exactly the time difference between local time and UTC. That can’t be a coincidence.

Looking at weather in the gulf coast now: 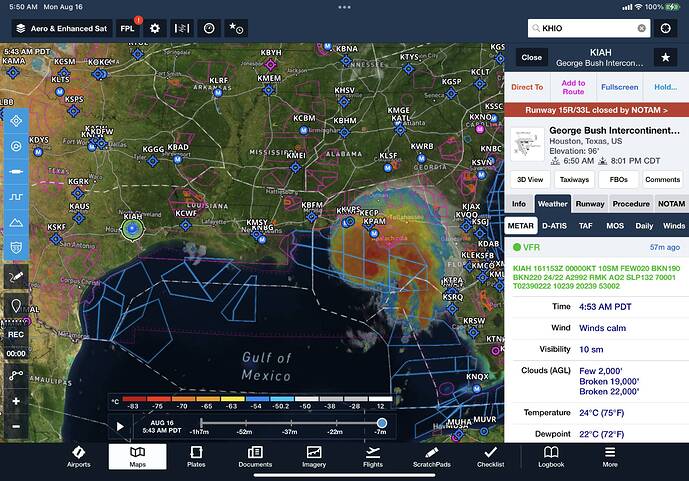 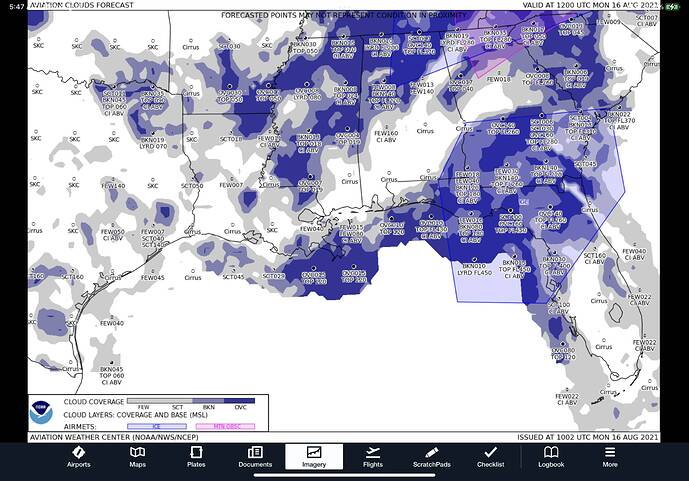 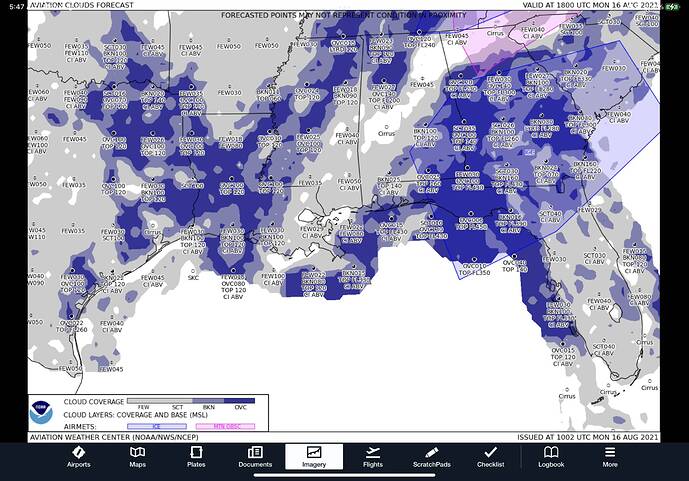 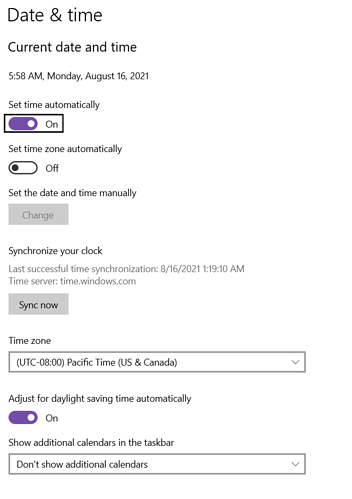 I noticed the same for Houston area today. Live weather matches the future forecast and not current conditions. Some good analysis going on in this thread.

Had some mismatched weather in the Los Angeles area this morning, more aggressive clouds than I could see in recent METAR data or forecasts via ForeFlight. 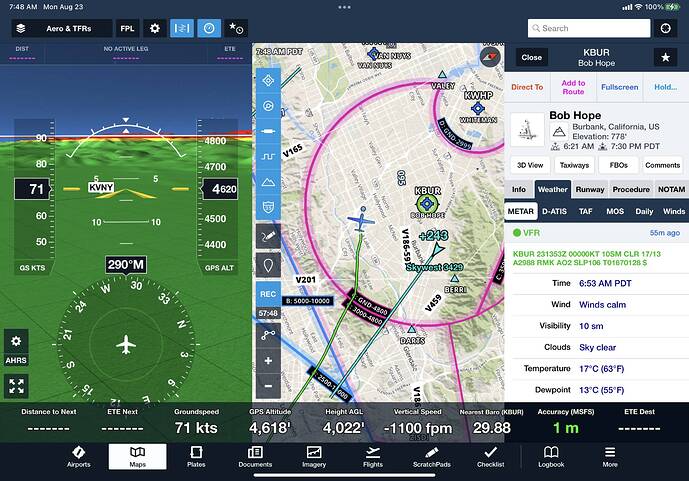 But there’s low clouds blocking the valley, and I had to dive under the clouds to make a roundabout approach:

Clouds forecast from NOAA shows either clear or scattered clouds: 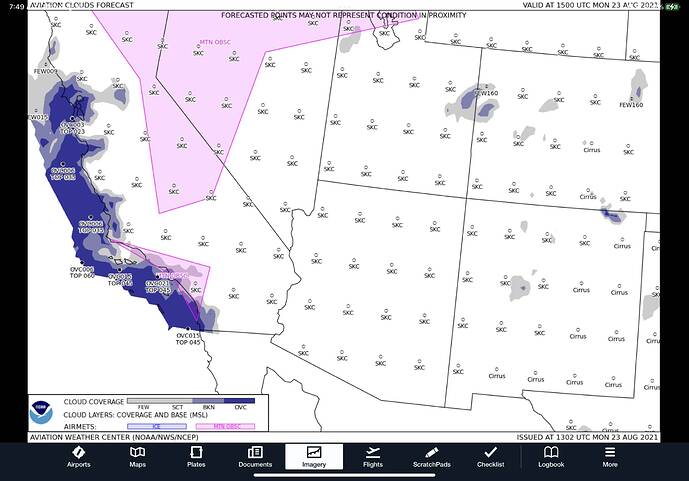 Clouds don’t show up on forecasts until late at night / early morning, much earlier than I was flying (almost 7am local time). From the previous forecast for last night / this morning: 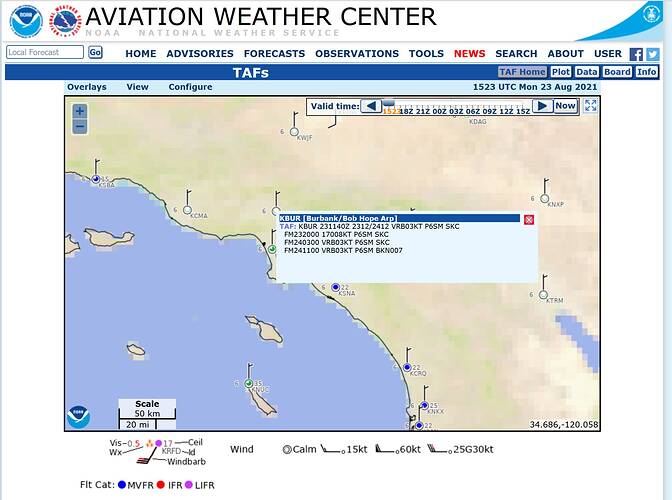 This is Pacific Daylight Time (UTC-7).

It may also just be a sufficiently broken weather model that it can’t distinguish between the coast and the valleys?

It has always done this. It is not live weather. It is future predicted weather.

Be nice if they fix that some day.

But even so, which future? When? It seems terribly inconsistent.

Is always thundering in miami area on live weather even when is not. How to fix this?

This was an issue before that I looked into quite extensively for a long time and eventually Asobo did identify a bug where live weather would be loaded 12 hours in advance at a certain time. It took a lot of back and forward with them to get to a point where eventually it seemed to be fixed.

Oh no, not this again…