Yes, I know they’ve been bombarded with many bug reports and complaints that they want to accommodate everyone’s top priority instead of what they believe should be a top priority other than the stability and installation. Its what i feel is happening

First of all, thank you very much for your efforts! It’s good that they’re contributing to the solution.

However, and this is something I can’t wrap my head around, why on earth does it need all these efforts and inputs now? It’s not some hidden game feature that a couple of people start complaining about after the game is available to a much larger group than during Beta stage… It’s easily reproducible and it’s been reported many, many times since the end of last year for crying out loud!

Anyway, before I’ll be told to **** up and to be happy that MS/Asobo might be aware of the problem (still waiting until it’s on their known-issues list), I’m going to blow off some steam at the gym.

Go read the response in the beta Q&A on the archive forum regarding how they handle incoming weather, metars, and inaccuracies. Couple that with the inability of testers to reach out meteoblue to bring the issue up to them due to the NDA. Two and two can pretty easily be put together as to how this possibly became a now issue.

I finally got winds aloft.

I was at 39,000ft half way from Sydney on my way to Hong Kong. I was at 8x sim rate speed in the 787 and all of a sudden I got wind shear followed by a 40kt tailwind which lasted until the game crashed.

I don’t think the solution is to override the weather system with METAR other than barometric pressure. METAR are not accurate all the time but when it comes to pressure, RVR, low ceilings, and visibility they are pretty accurate.

One thing I notice in the current weather model is what seems like lack of resolution. Isolated cumulonimbus bursts and clouds to be specific. On the ground the atis reports winds pretty close to the current METAR which is good. The planes wind speed instrument shows the wind at the default 225/3 most of the time though. No doubt the problem with wind speed needs to be fixed. It almost feels like easy mode weather, chop without wind type stuff. Visibility is also broken.

Im suggesting augmenting the weather with METAR reports so if the METAR is reporting things that the sim cant forecast. RVR visibility. Regular Visibility. Is the a CB report on the METAR. The weather engine decodes these special events and integrates them into the weather. In example, the METAR reports a CB or TS SW of the airport. The sim then fades in a small cell which then blows off with the winds aloft. The biggest problem is having clouds pop into and out of existence. when faded in and out slowly its not much of an eyesore.

Most of the time ATIS is reporting accurate weather with the exception of barometric pressure. It’s just missing immersion and the actual weather being produced.

Go read the response in the beta Q&A on the archive forum regarding how they handle incoming weather, metars, and inaccuracies.

Yep, been there, did that.

It was disturbing, given that “inaccuracies” are acceptable to a certain extend, but a wide-spread “225/3” when it’s 340/84 at FL360 is completely unacceptable.

Two and two can pretty easily be put together as to how this possibly became a now issue.

Let me rephrase my post to make it even clearer: They knew about the issue, probably even before the closed Alpha started, since it is so darn obvious.

My personal conclusion: Either they haven’t found out, yet, why it’s (sometimes) working quite accurately in some parts of the world but somewhere else most of the time it isn’t, or they didn’t want to look at the issue because they prioritised to implement “poorly-done plane #84” over this problem for release.

Sorry for quoting myself, but being puzzled is not even close of how I’m feeling about their Know Issue tracker here and here (last updated Aug 27). God I hope players will be able to get their achievement “In The Wild” as soon as possible! The sim is almost useless if that doesn’t get fixed asap!

(Again sorry, but couldn’t help myself there. Looking forward to any update tomorrow(?))

Same here, this is what I wanted to let us know after the try I gave yesterday LFJI/LFQQ (France) … The weather was accurate!
Except the turbulence effect that is absent in CB or in some clouds (which is definitely a big lack).

However there were some CAT and turbulence due to the different layers of the forces of the wind and also because of the winds vectors changing from time to time, which gave a certain immersion of realism during the entire flight. Clouds seem to be placed in a coherent matter as well. But they are all innocent, no danger to care about. That is a big problem as we already know for the immersion/realism.

From South of France when I started to reach the North 4 hours later, the winds, the temperature, the alti-pressure were accurate all the way long… I’m forced to admit that it made this flight a very pleasant one until a certain limit which is again the absence of turb in clouds as it’s supposed to be into CB for instance (I repeat myself lol)…

After the 4/5 hours in the air in a row, I decided to give a try at Honolulu because of the strong windy day. Gust to 28kt… Winds etc were accurate as well out there.
But here there comes an other major issue that I had already noticed many times without paying a deep attention.
I noticed that in take off or same in final no matter the force of the wind and the direction are, the airplane behaves like if the envelope of the bird wasn’t affected by crosswinds and even by strong gust winds! … I can fly straight during rolling-take off without barely touching my rudders and no need to put the yoke in the direction of the wind as we should do during T/O in case of cross winds… Same for the final until the very touch down the winds do not affect the aircraft in anyway!

Have you noticed that Captains? (using only the live weather of course ) …
At least it barely affects the aircraft.
I’ve noticed it already but yesterday I especially paid attention to that…
I don’t know why.
Any idea?

I’ve noticed what appears to be a bubble when your on or close to the ground. The map will depict the correct wind, but once in the plane, the wind display in the PFD will depict winds much lower in speeds. Once you take off and get above a certain altitude, the winds gradually increase to what they are supposed to be. When you land, as you get lower, the wind decreases to the lower value.

I live in the SE USA and can testify that for me the Live Weather feature is horribly broken. The sim weather so has NEVER once matched up with my out the window weather for my local field, and being a retired weather forecaster (and observer prior), with access to world weather metars, I always verify. And this has been the case for pretty much everywhere I have done flights: USA mainland, HI, AK, NZ, AUS, UK, FR, etc.

I hope this confirmation will help Asobo in some small way. Whatever the server(s) is/are trying to push out, the simulator itself is not processing the input.

… just flown into LIRP (Pisa) in a Cessna 152 MSFS … both the METARS and Meteoblue indicate ESE/ 3-5 knots … Approach LIRP MSFS 240/ 9knots … something not right there?

Definitely not right. Head over to the bugs&issues section here and upvote the topics there about this issue

. They just added that feature to that forum so it’ll help this issue get even more attention from the devs

A glimmer of hope… ‘Live’ services going under maintenance at 0700 UTC 1st Sept. It * might * help with the live winds. We’ll soon find out.

Just did an amazing flight in British Columbia.

Was using live weather of course. The visual variations of cloud formations, cover, fog, visibility and lighting was fantastic. Constantly changing and dancing with the clouds in the DA62 was joyful.

But despite all the amazing things going on, alas the wind stuck pretty much right between 220-225 at 1-3 knots, for the entire flight. 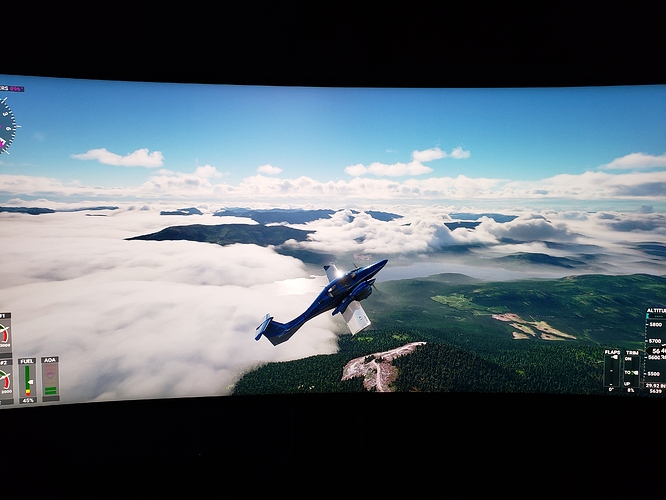 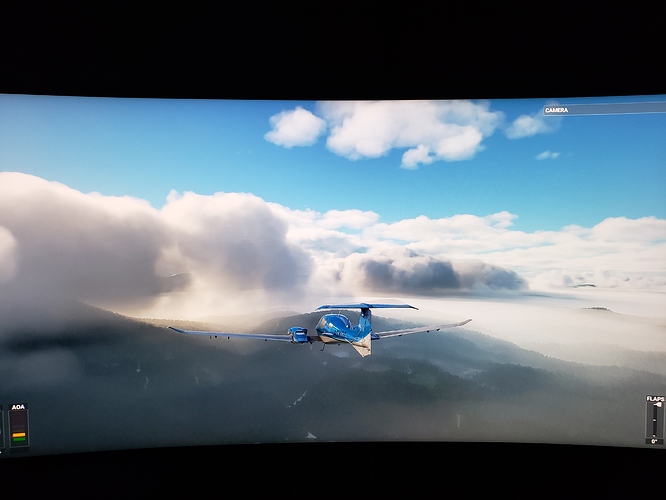 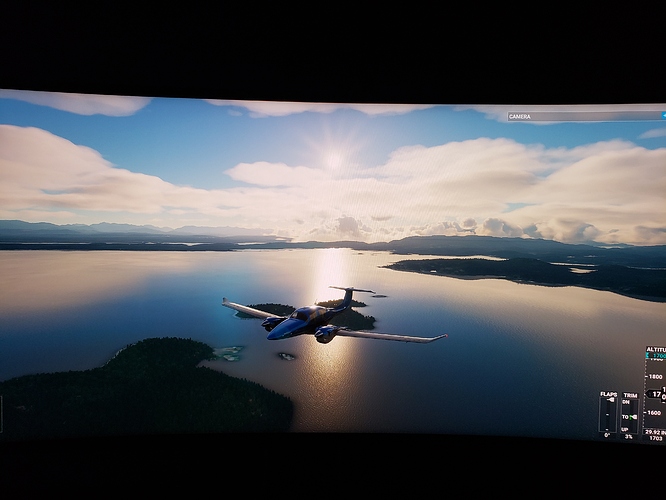 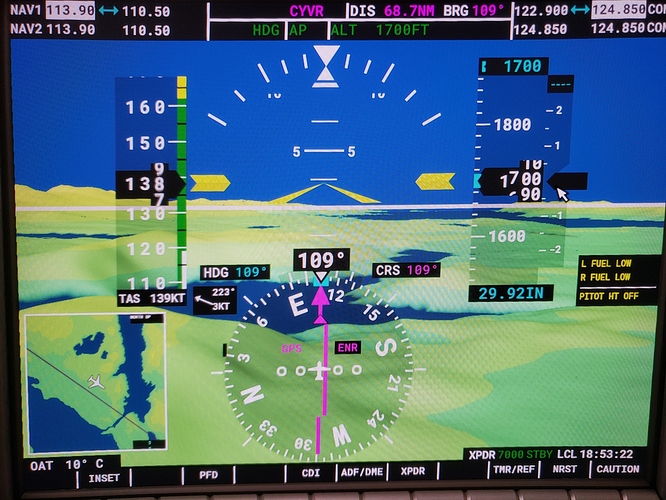 I live in the SE USA and can testify that for me the Live Weather feature is horribly broken. The sim weather so has NEVER once matched up with my out the window weather for my local field, and being a retired weather forecaster (and observer prior), with access to world weather metars, I always verify. And this has been the case for pretty much everywhere I have done flights: USA mainland, HI, AK, NZ, AUS, UK, FR, etc. I hope this confirmation will help Asobo in some small way. Whatever the s… 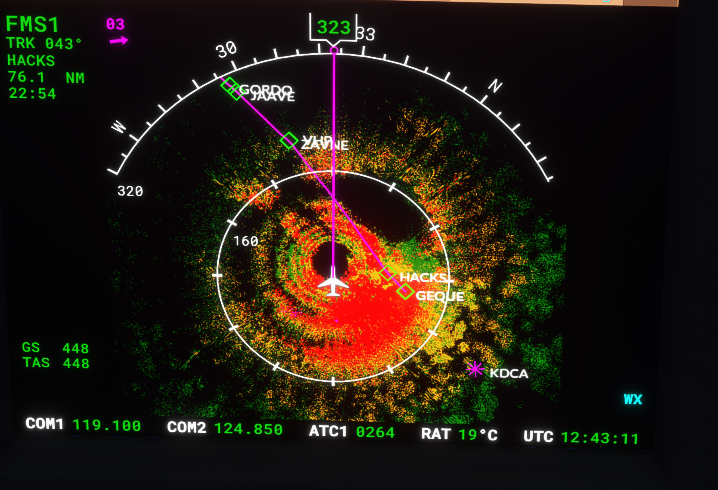 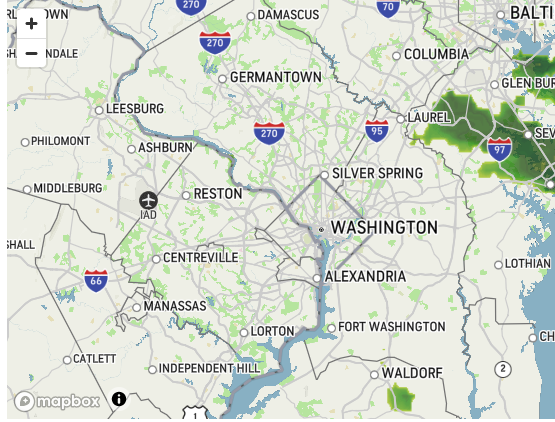 hope so, where did you read that?

hey guys go to this link and upvote the weather issues to be fixed: Live weather is not working

Sorry to report, the patch today did not fix the wind issue